On the Tuesday of our holiday we went to Shanklin beach first of all. It was another very sunny and hot day so we went on to the beach and paddled for a bit. The water was lovely and clear. We then played mini golf on the esplanade - there was a deal to pay both courses for a lower price over 7 days so we did that and decided we'd come back the next day to play the other course. We played the pirate one first which was kind of fun.

We then went to a nearby cafe on the clifftop but it was busy outside so we ended up having to sit inside. I had cheese scones with cream cheese and chutney, which were really nice. By this time it was around 2pm so we went back to the caravan to get changed to go to the pool.

Normally on holiday we would do other things, but the weather was just so nice and we were both in such need of a rest that we just did need to sit by the pool and swim and stuff. It was different for us, but still fun! 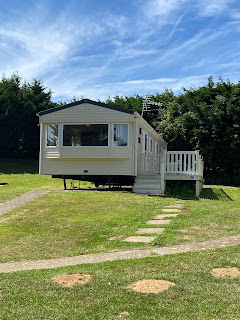 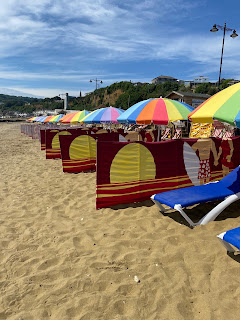 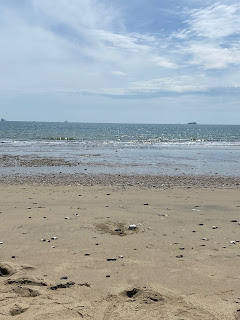 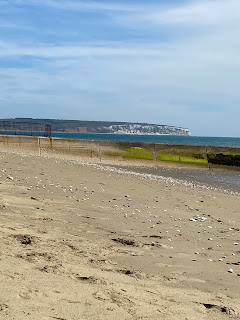 Looking up towards Sandown 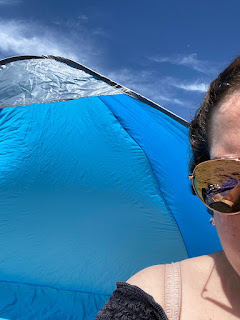 We took this pop up tent thing to sit in on the beach as Lee doesn't like too much sun, it was ideal 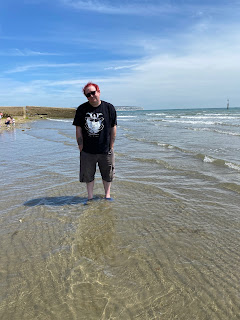 Lee paddling. We bought a pair of beach shoes each in 2018 when we were in Cornwall, and they are ideal for paddling and make sure your feet don't get hurt or covered in sand 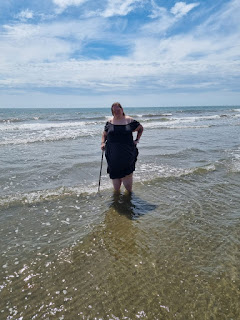 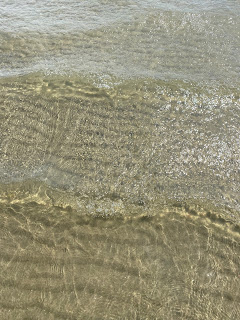 See how clear the water was? 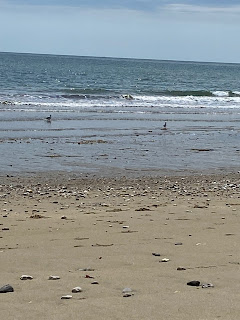 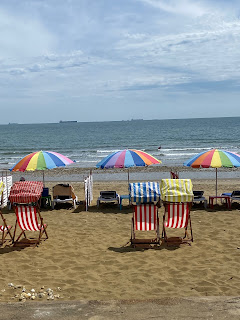 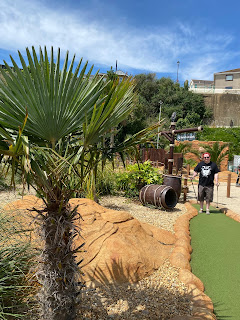 Playing on the pirate course 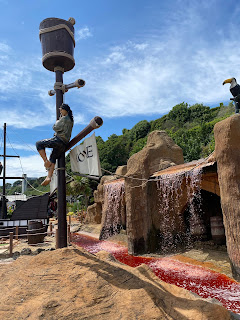 No I'm not sure why the water was running red either 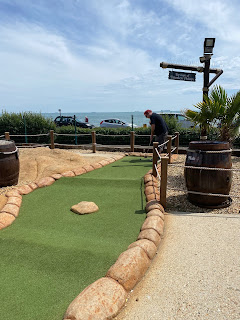 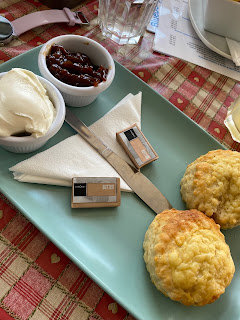 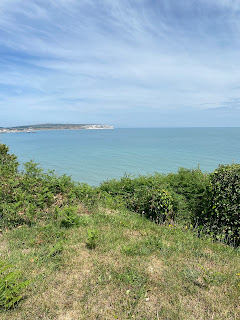 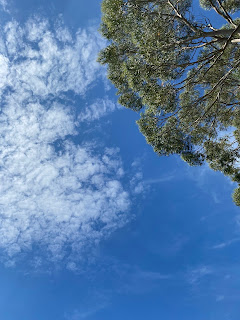 I didn't mean to take this picture at the pool, but I like it. This is what the sky looked like 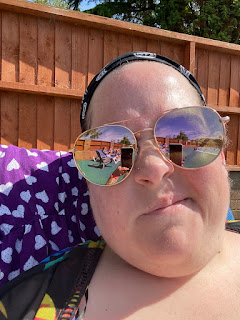 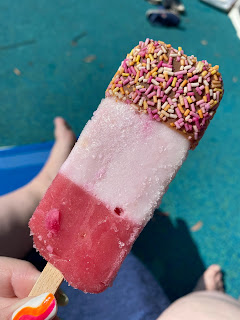 And another pool ice cream!
Posted by Rebecca at Thursday, August 25, 2022