The Thursday and last day of our holiday was the worst weather that we had. It was cloudy in the morning and it rained a little bit, but not much. We decided to go to the Garlic Farm, which wasn't too far from where we were staying, and which I visited in 2017 when I went to the Isle of Wight with my friend Von. We had a little walk round there and hads a hot drink. Then we drove down towards Ventnor and ended up driving round most of the island. We didn't stop in Ventnor but we stopped overlooking the other side of the Needles, where we had lunch in the car. We stopped in Yarmouth - which was much smaller than I thought. We went past an inn where Von and I stayed five years ago which was cute!

We stopped in Shanklin on the way back and went in a cafe for ice cream. You can't see cos of the lighting in the photo but mine was vanilla and strawberry ice cream mixed together, which was nice. We got back to the caravan just before 4pm and went to Landguard for an hour's swim. The weather had come out beautifully by this point and the pool water was so warm, like bath water. I'm glad we managed to get an outdoor swim on our last day.

In the evening we went to Sandown to have food. We had a walk on the esplanade and the pier to begin with, then went to a very unlovely pub which was a bit of a disappointment. We struggled to find somewhere to eat though because not everywhere was open and there didn't seem to be anywhere that did good vegetarian options. But it was fine, I won't worry about it.

After we'd eaten we drove through Shanklin Old Town which we had missed before now. It's lovely - all thatched cottages and with a few quirky shops that I wish we'd been able to go it. There's a Christmas shop! However there were a few food stalls open so we bought fresh donuts and shared them.

It was a lovely few days away and I'm glad we got to go, and I'm glad we got such good weather. It was nice to just sit around the pool and swim when we wanted. The following morning I was awake early and we were nearly packed, so we changed our ferry booking to an earlier one. That meant we got off the ferry at 11.45, but it took us over five hours to get home and we only stopped for about 15 minutes in that! It's just as well we did change the booking because we only just managed to get back in time to pick the kittens up! They were glad to be home like we were. 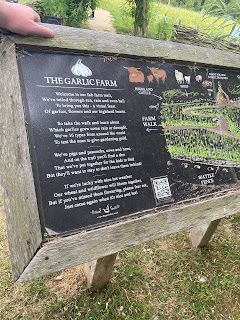 The Garlic Farm. I bought some garlic and some cherry brandy as well as presents for my mum and stepdad 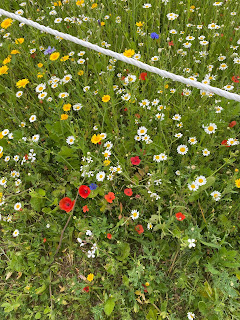 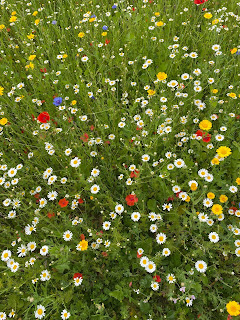 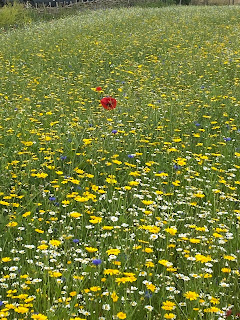 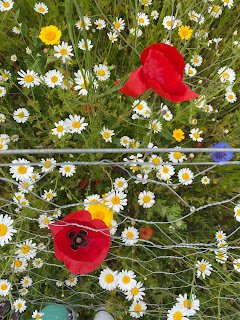 The Garlic Farm has tons of wildflowers which I love, especially the poppies, since one of my cats is called Poppy! 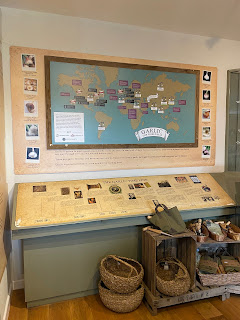 There's lots of info inside 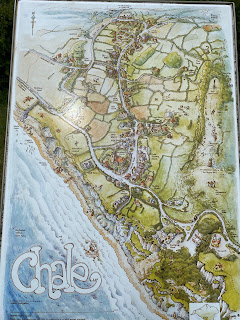 A bit later looking over Chale 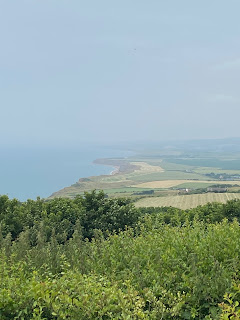 The view of the above map 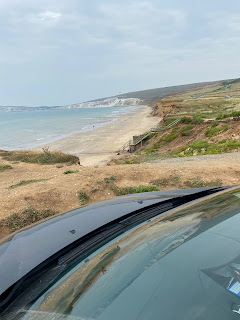 The other side of the Needles from Alum Bay. This is where we had lunch 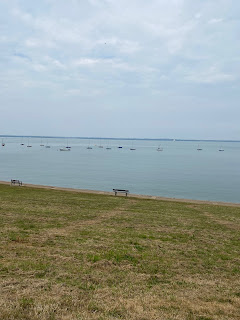 Yarmouth looking towards the mainland 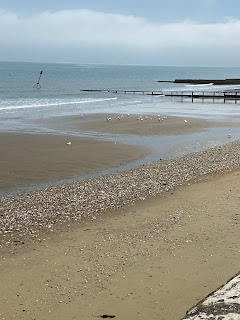 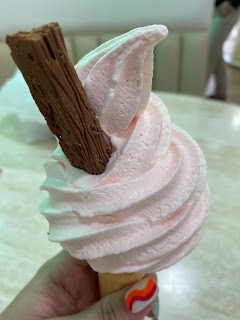 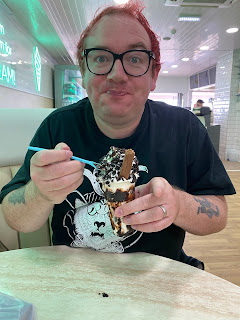 Lee had a chocolate sundae 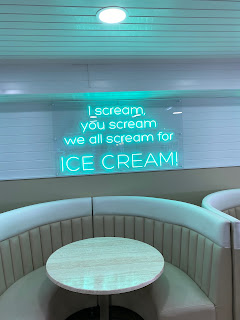 I liked this sign which was in the ice cream parlour 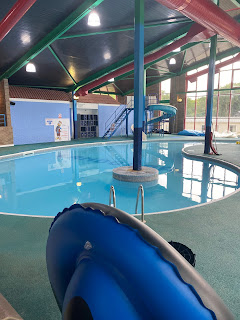 This was the indoor pool at Landguard, although we didn't actually go in it all week. Still, I would recommend the pools there! 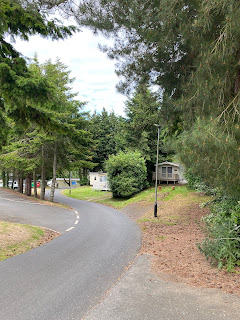 This was our park, Lower Hyde, which was very quiet and which I'd also recommend 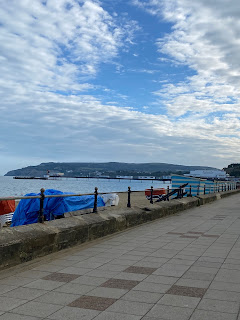 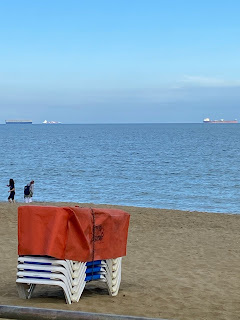 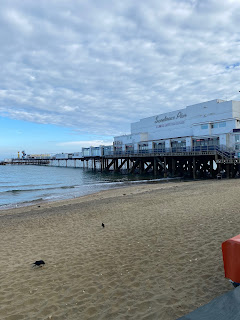 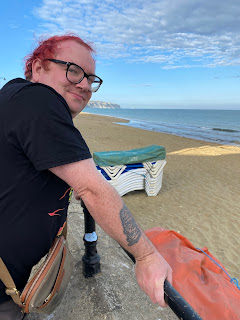 And finally here's Lee, just before we went to get something to eat
Posted by Rebecca at Wednesday, August 31, 2022