On the Wednesday of our holiday we had fresh pastries from Lidl for breakfast, which were delicious, and then we went to Sandown. I went there when I went to the Isle of Wight with my friend Von, so remembered the pier very well. We played bowling in the amusements and some other games, before we left and drove through some of the countryside, looking down on the Roman villa for one thing. Then we drove through Shanklin trying to see if we could see the chine. Unfortunately we couldn't, but it was worth trying.

I was wearing my favourite yellow dress, which is so cool for the summer so ideal given how hot it was, and my Snag chub rub shorts which are a blue/green colour. I've had them ages and they seem to have changed the colour now, but still. I couldn't bear anything on my legs so decided everyone else would just have to deal with them!

We went down on to Shanklin beach and parked, and went into a cafe for some lunch. We still had to play the other mini golf course, so we did that, and then I went swimming! I managed to get changed under my dress, haha. Lee paddled but I got my entire self in - he doesn't like swimming in the sea. I don't often, but I really wanted to. I have to say that the water was really warm, way warmer than other times I've swum in the sea off Britain. It was lovely!

We went to the cafe at the end of Shanklin beach and had an ice cream each. Then we went back to the holiday park and - you guessed it - went swimming. It was later on this time when we went, but still lovely. Afterwards we showered and had tea, as usual. My last photo is late at night when it was getting dark and you could see the rabbits that lived on the site! Too cute! 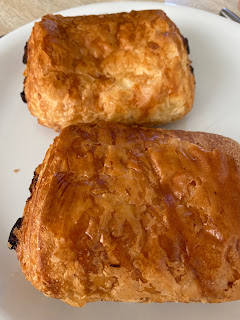 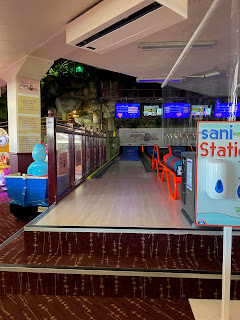 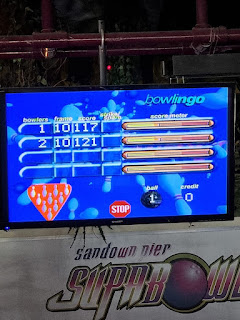 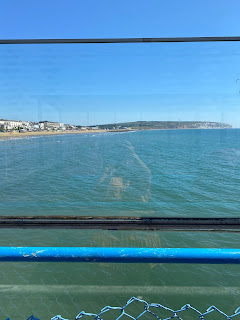 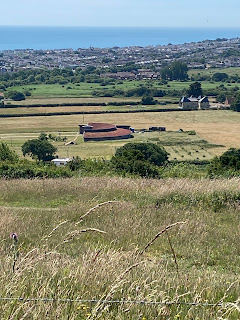 Looking down on the Roman villa 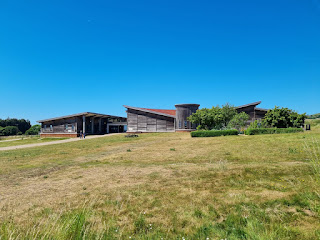 We drove up to it but didn't go in 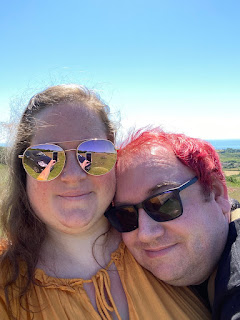 Up there somewhere, me and Lee 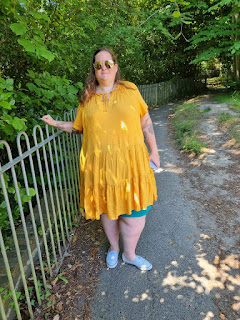 Near the chine (which means gorge) 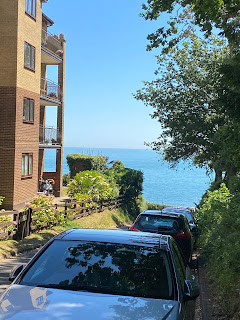 Looking towards the sea from the top of the gorge 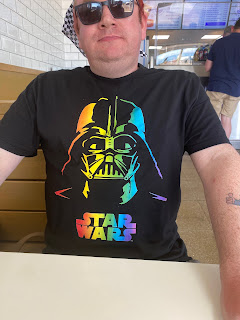 In the cafe for lunch. Lee had bought this t-shirt in Asda before our holiday and we both found it hilarious, because when you think Pride, you definitely think Darth Vader... 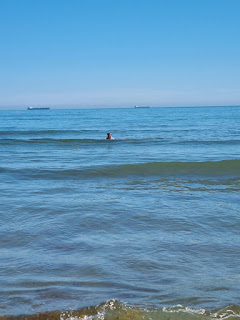 Here's me swimming in the actual sea! It wasn't that deep here so I was floating on the top of the water more or less 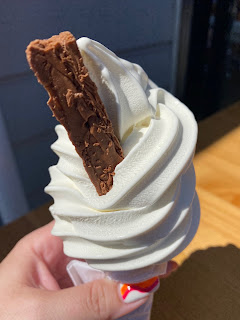 Ice cream on the beach 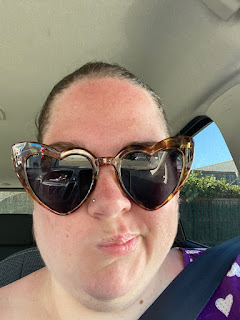 Waiting to go swimming, I think 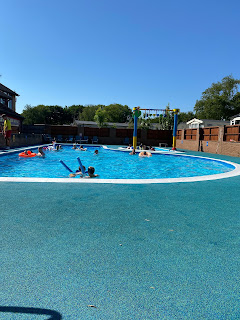 The pool on the Wednesday. Look at that sky! 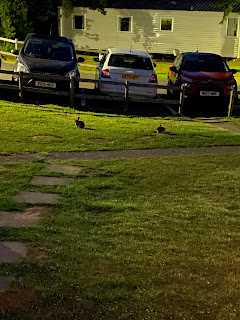 And here's the rabbits last thing at night
Posted by Rebecca at Sunday, August 28, 2022