As I said before, Lee and I were away at the end of June/beginning of July to celebrate our 10th wedding anniversary. We went with family from Sunday to Sunday, but first we had a couple of days by ourselves. I booked a cottage near Saumur, because it's my favourite area of France and I wanted to show Lee the Loire river. It is such a beautiful place, I will need to go back soon!

We stayed here, in Parcay-les-Pins, and I would have no hesitation in recommending it. The hosts Susan and Donald live on site and have three cottages varying in size as well as the swimming pool. They were really welcoming and chatted to us. I had mentioned we were there for our anniversary and they had left a bottle of Saumur sparkling wine in the fridge, which was lovely!

We arrived on Thursday afternoon, went to the supermarket, had a quick swim and ate in the gite. On Friday we just spent the day by the pool; it's a heated pool but the weather was lovely and warm too. We were the only people there so had the pool to ourselves!

I had bought some mix and match bikini stuff in the Asos sale, so I was wearing a polka dot bikini top and watermelon pants. I got this chiffon cover up from New Look a few weeks ago, and it was perfect for around the pool. 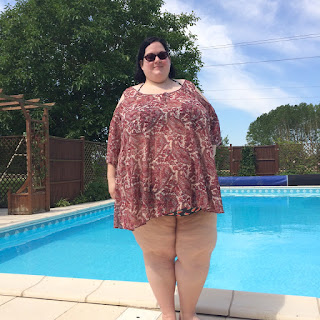 Posting this picture is terrifying! 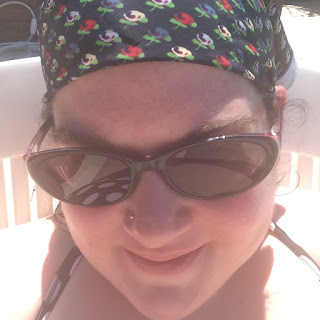 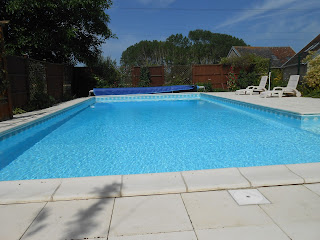 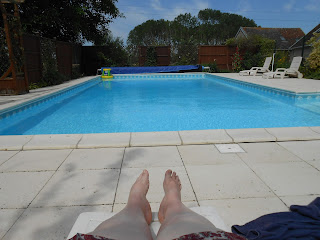 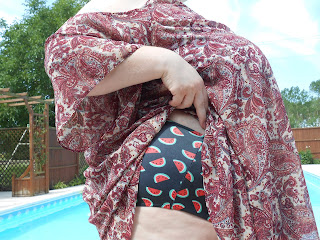 These bikini bottoms are ace! 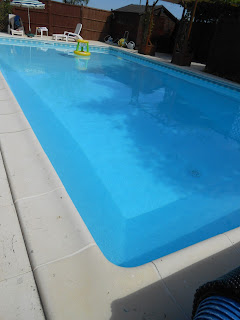 View from the other end of the pool. 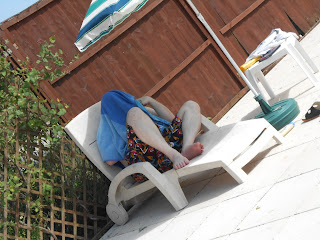 Lee can often be found like this on holiday as he doesn't overly like the sun and he was playing on a handheld game console!
Posted by Rebecca at Wednesday, July 22, 2015