Wedding in the North East - end of August

We went to yet another wedding at the end of August - the fifth of six we'll be going to this year! They've all been different and it's been lovely to see so many happy couples. This time it was the turn of Lee's friend Paul, who Lee has known since they were 17/18. We don't get to see him very often but every Christmas he comes to Lee's mam's house beforehand to join in our family Christmas which is always hilarious and lovely. We've only met Lianne, his now wife, once, last Christmas, so we were really pleased to be invited to the wedding.

It was held in Gateshead, where Paul and Lianne live, at a really lovely country house. We set off from our house around 9am and made our way up the A1. We stopped for some breakfast and still managed to be in plenty of time. We spoke to Paul and then went outside for the ceremony. It was really lovely, they said some really lovely vows to each other. There was champagne and photos on the lawn and then we went inside for food. It was yummy - I had spiced cauliflower soup, roast chicken with dauphinois potatoes and red wine jus, and then treacle tart with lemon curd and marscapone. It was so good, I could eat it again right now!

A little while after that the evening guests turned up, which included two of Lee's brothers, his brother Andrew's girlfriend Sarah, Lee's mam and stepdad, and my mum and stepdad! They all sat with us in the conservatory which I'd chosen as it was cooler than in the house itself, and it turned out we were right next to the vegetarian buffet so got first dibs. That was delicious too. Afterwards there was dancing which included a lot of punk and ska and was a lot of fun.

It was Photo An Hour on Instagram, organised by Jane and Louisa, so I have quite a lot of photos. I didn't get one of my dress though - I was wearing Scarlett and Jo, though! Here are my photos: 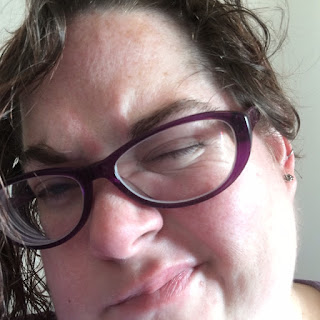 8ish and I was up bright and early to get into the shower. I was thrilled about it, as you can tell 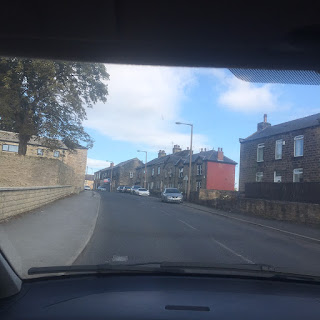 Setting off from our house just after 9am. There was some traffic around the exit for Leeds festival, but other than that it was okay 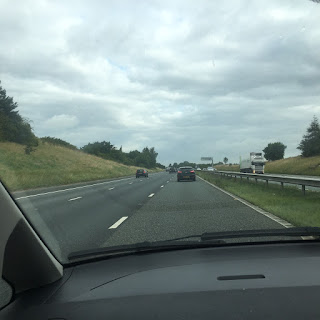 10am and we were somewhere on the A1. Lee was driving. 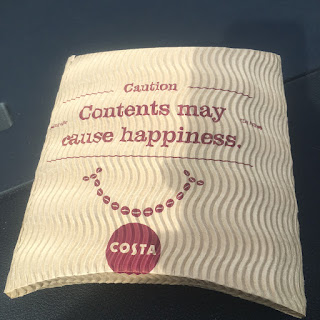 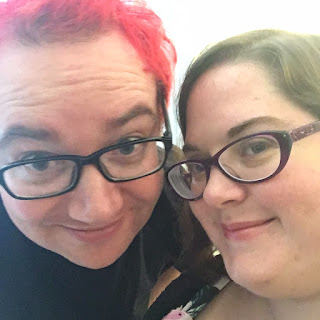 Noon and we were all ready for the wedding. I'm even wearing make up 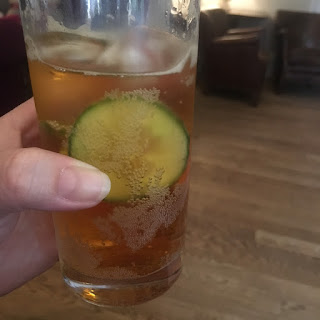 Nearly 1pm and I was drinking Pimms just before the ceremony 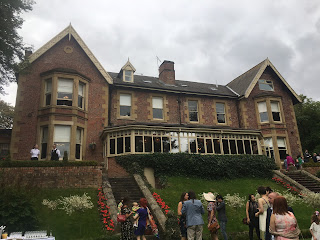 2pm, I took this photo of Eslington villa. It was gorgeous! 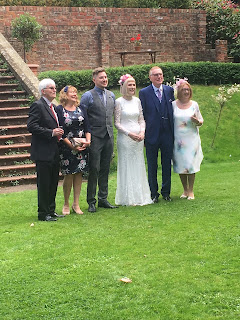 3pm, stealth photo of the bride and groom and their parents 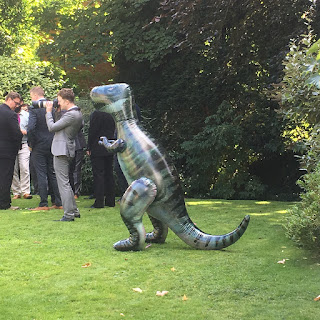 I also took this photo of the best wedding guest, the inflatable dinosaur 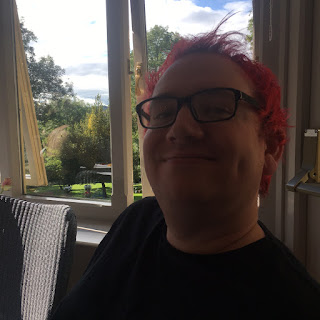 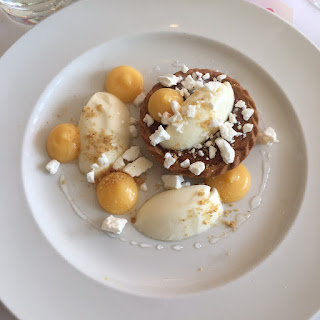 My dessert looked stunning! 5pm, I think, although times are a bit woolly after this. 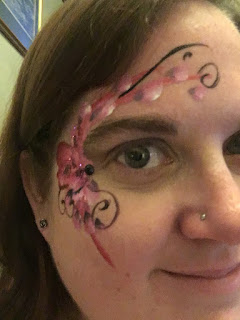 I had my face painted! It looks lovely doesn't it? 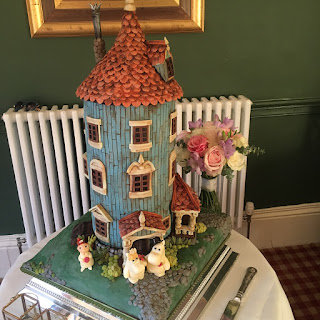 This was the STUNNING cake. There was a Moomin theme running through the wedding 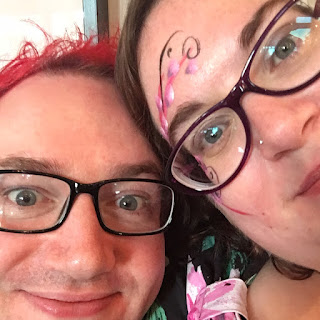 Lee and I around 8pm ish. I was a little bit drunk by this point. 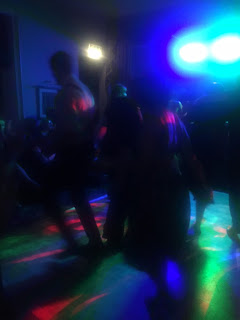 Lee never dances so the fact that he was dancing was just so nice. 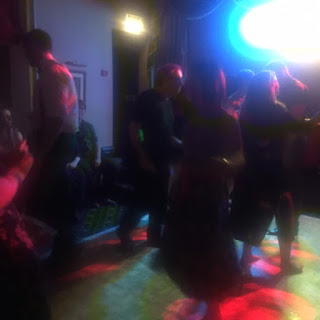 This was dancing to Bad Manners I think 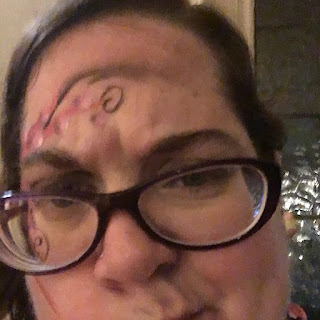 I smudged my head when I wiped away some sweat and was cross about it. 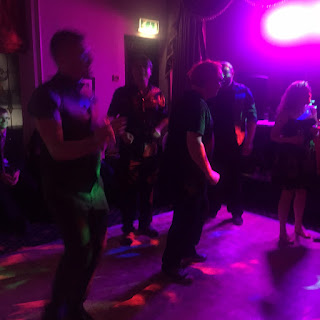 Finally, the last song we stayed for - the Toy Dolls' Nellie the Elephant. We had this at our wedding - twice! So we knew Paul would have it too. We were all dancing.

We went back to Lee's dad's after the wedding, although he and Lee's stepmam were already in bed! They were nice enough to leave the door open for us - they live in the kind of place that you can do that!
Posted by Rebecca at Monday, October 09, 2017