As I said previously, Lee and I were away in Cheshire in September. At the beginning of the year we scheduled in a few weekends to go camping. We managed one - back in May, in Derbyshire. We had to cancel another date in July, and then this weekend in September was the last one. It was fine, we were both free to go wherever. Except, I had some dental surgery at the very end of August and still wasn't feeling 100%. I was basically fine, but easily tired and in need of comfort. I wasn't relishing the idea of sleeping in a cold tent and I said so to Lee the weekend before.

We had been planning to go to Cheshire to meet up with a friend of mine and her partner and kids, so we started looking at hotels and Airbnb to see if we could find something. Obviously, camping for 2 nights would've been really cheap, but we knew we'd have to spend a little bit more in all likelihood. Then I happened to see this listing for a motorhome in Cheshire, about halfway between Knutsford and Holmes Chapel. It seemed like the perfect compromise - a bit like camping, in a gorgeous quiet place, but with the extra comfort I needed. Lee booked it and talked to Karen via message quite a lot. Karen and her husband's motorhome is only just over a year old, so they are obviously quite protective of it!

We arrived about 3pm and met Karen and she showed us round. Most of the park is lodges and static caravans, but there was a small area for tourer caravans, handily really close to the toilet block. We were parked under an oak tree, meaning that conkers kept falling off and hitting the roof! We relaxed for a bit, and then as I said previously, tried to go out to eat, but were scuppered by the traffic. We cooked our barbecue stuff on the grill instead, watched a film, and got cosy in the motorhome. The lounge at the back pulls out into a huge bed and they had provided a mattress topper which made it really comfortable. I slept really well!

On Saturday morning we woke up to a lot of Weather which soon cleared, had cereal to eat and then set off to meet Helen and her family. I've met the kids before but never her husband, so that was nice. We went to Tatton Park which is huge. We had lunch all together and then they went down to the farm while Lee and I pottered around the shops and then had a nice hot chocolate in the Gardener's Cottage. We said bye to Helen and co and then headed to Alderley Edge, because I've just always wanted to see it. It's footballer land and you can tell, it's quite posh! We went into the Alchemist for a drink - I had a really yummy espresso cocktail called a Melbuccino, I'd recommend it! Then we headed back to the motorhome, where we relaxed by watching a film.

We went into Knutsford to eat in the evening, to the place we hadn't been able to get to the night before. We went to Jack Rabbits American Diner and we both liked it. As soon as we arrived we were greeted pleasantly and seated. We ordered some drinks and then were warned food was taking a little longer as there was a big birthday party in, which is really nice to be told. I ordered a Long Island Iced Tea which was different to others I've had but was really nice, almost bitter.

We decided to not have any dessert as we had cake back at the motorhome. We headed back there to watch another film and relax. We both really like doing that. It was a bit colder in the motorhome so we put the heating on - it's really fancy, it comes out of the edges of the walls so it's like central heating! Really cosy.

On Sunday morning we packed everything up and said bye to Karen, who told us to tell all our friends about it. I definitely will - the motorhome had everything you could need and it was a lovely place to stay. I would definitely go back! If you've never used Airbnb before, you can get £25 off your first trip by using my referral link here.

We stopepd by the Trafford Centre on the way home to go to Wagamama for lunch. Lee had never been so I wanted to take him. We both had teriyake donburi and a bunch of sides to share. It was delicious and a really lovely way to end our weekend! Here's to more camping next year than we managed this year - but the motorhome was lovely. 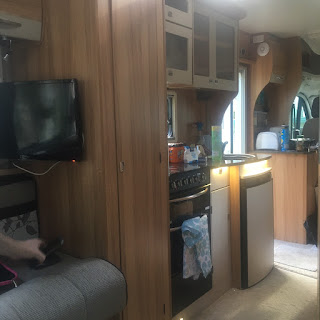 My view from the lounge in the motorhome. The kitchen had everything you'd need 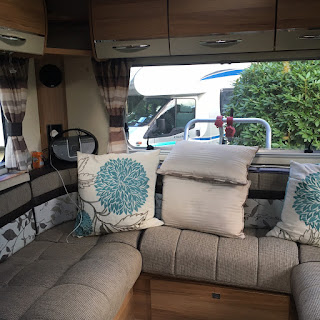 The lounge - really comfortable and cosy 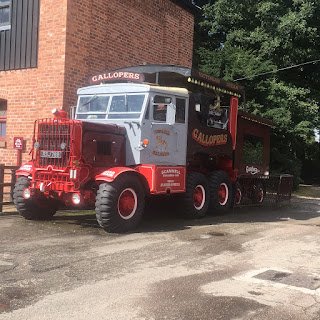 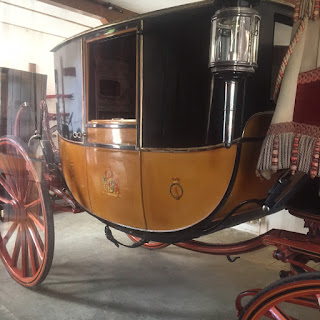 This coach was used in the coronation of George V! 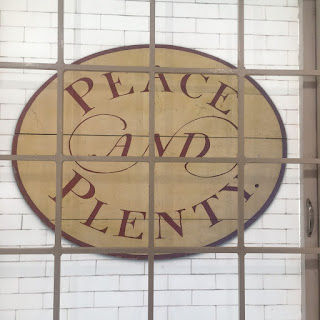 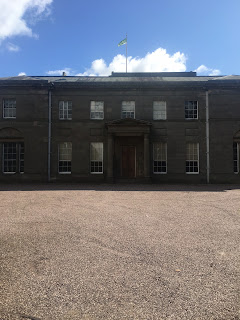 The mansion house. I can't believe how blue the sky was when it had been such awful weather earlier in the day 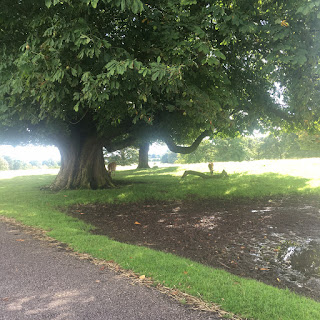 You can't see very well but there were deer all over the park, there are two under the tree 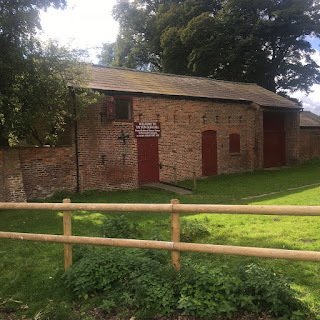 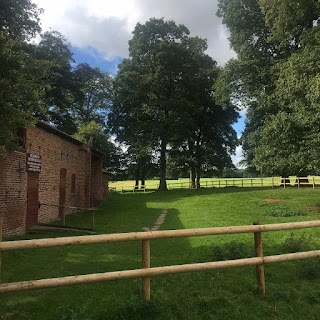 I'm glad we went down to look at it 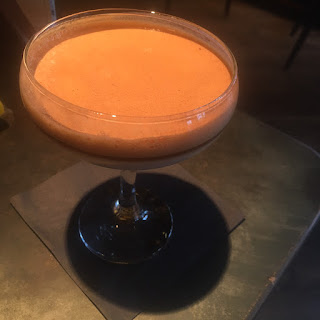 My Melbuccino in Alderley Edge. 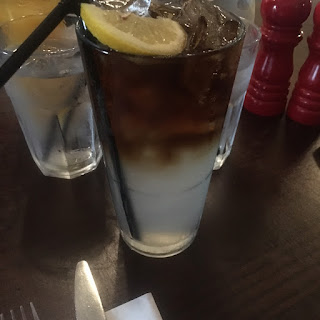 My Long Island Iced Tea. I really should learn how to make these 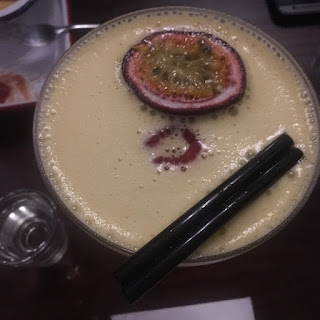