What I Wore September 8th

Near the beginning of September Lee and I were away in Cheshire. I'll write more about that later, but here's what I wore. I bought the skirt and top off Lolly and, like her, think they look perfect together. The skirt is from Interrobang Art and I love the patterns they have. I had one skirt from them but I sold it as it was a bit short for me. This one is longer, though.

The sweater is from Hell Bunny I think, it's maybe more cream than it looks in photos? It's really soft and stretchy and I love the retro pattern. I also love the glasses pattern on the skirt.

I wore this all day, including to go out. We wanted to go out to eat but when we set off we ended up getting caught up in the traffic from this accident, where thankfully no one was hurt, it just meant that the M6 was shut and there were people everywhere. We ended up going back to the motorhome we were staying in and cooking there instead. It was fine, though. 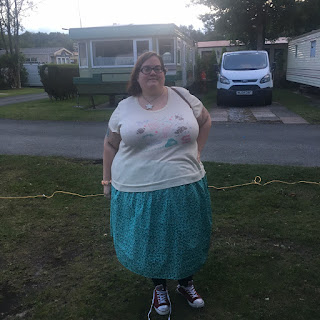 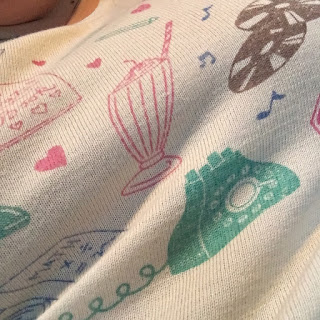 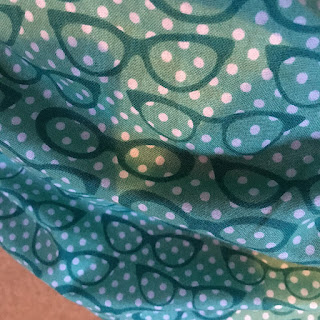