Week in the Yorkshire Dales - Day 3

On Monday of our holiday we went across to Sedbergh. I'd never been before and didn't know too much about the town, but it was close enough by to where we were. When we got there we found a plethora of bookshops which was great! I had, the week before our holiday, got in my posession my first Jane Austen ten pound note, and I wanted to spend it on books by women. Charity shops and secondhand shops were an ideal place to do this!

We wandered round the town for a bit and then went into this Mad Hatter's themed tea room for lunch. Lee had a jacket potato and I had the cheese platter which was SO good, I would eat it again right now. I liked the cafe, I thought it was really cute and had plenty of stuff to look at.

On our way back we had a bit of a drive round. Lee indulges me and goes up hill and down dale as directed. We saw the viaduct at Garsdale and if I'd realised the Ribblehead viaduct was so close I would have had a trip there too! But I didn't. Next time!

We decided to go to an ice cream and farm shop near our cottage for ice cream. It was really nice, I had chocolate and honeycomb which were both nice. They were some llamas and some pigs and some ducks to look at. It was cute!

We went back to the cottage for yet more relaxing. Lee actually said he thought it was the most chilled out I'd been in months. I definitely needed it. I got a huge cross stitch project finished which I'm really pleased about, and I wasn't worrying about anything at all. We ate salmon and broccoli pasta for tea which is something we eat quite a lot at home; it's yummy and really easy to make. 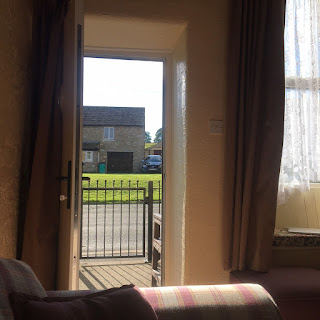 The view from the sofa in the cottage. We could park just in front of the green you can see. This was the best weather we had all week, but that's the UK for you. I wouldn't swap it! 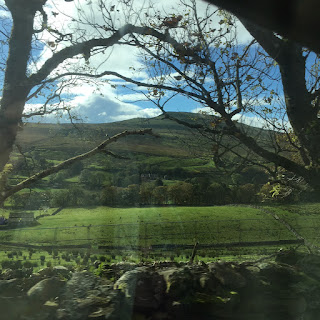 Hills on the way to Sedbergh, I think this might be Whernside actually? 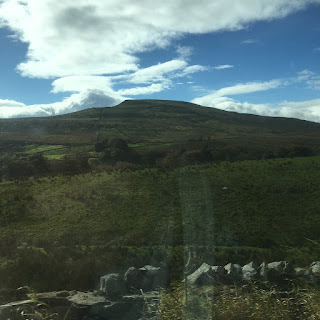 It was so gorgeous 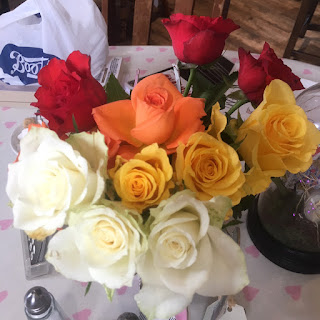 Real flowers on the table in the cafe! 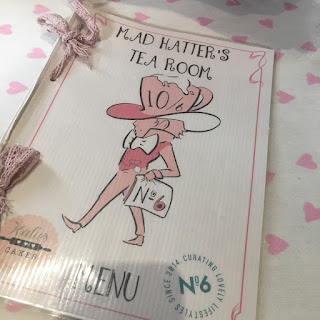 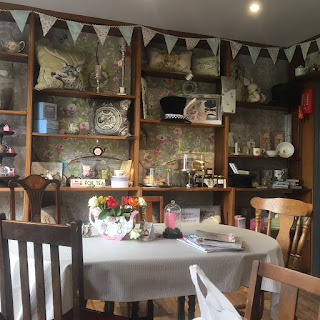 The cafe - we were the only customers which was a shame, but it was a damp Monday 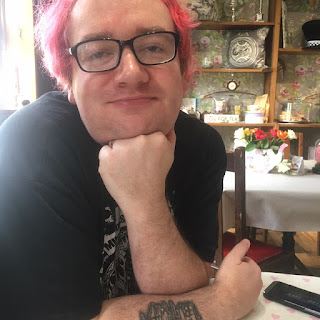 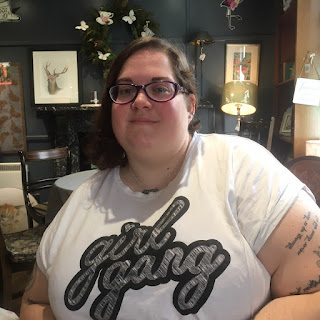 Me, representing my own girl gang for the day 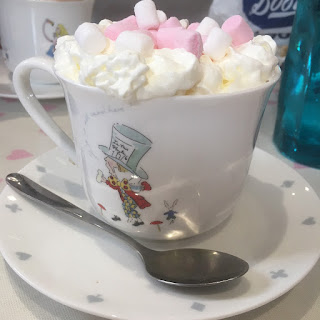 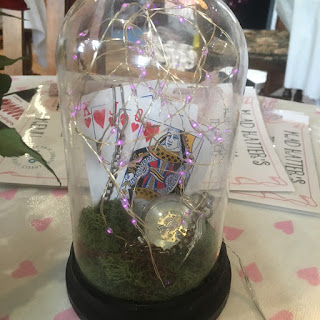 Queen of Hearts decoration too 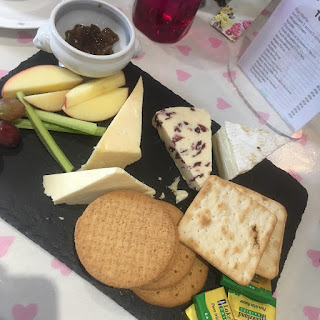 My gorgeous cheese platter. My cheeses were Cheshire maybe, something similar to that, Wensleydale with cranberries, and Brie. SO good. 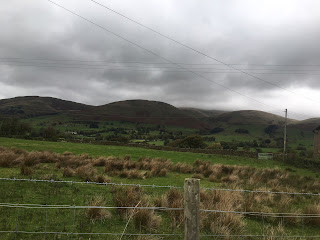 Hills on the way back with the weather setting in 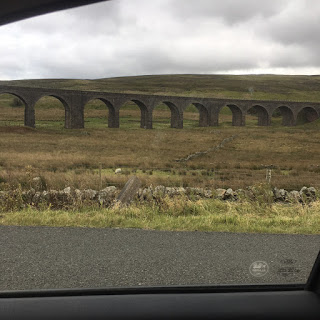 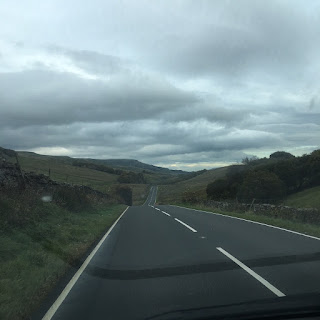 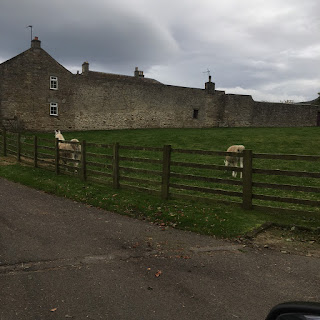 Llamas at Berry's farm!
Posted by Rebecca at Thursday, November 09, 2017