Our second day on the ship was spent entirely at sea. We sailed from Barcelona around 7pm on the Sunday and didn't dock in Naples until early on Tuesday morning. We sailed straight across the Med, going between Corsica and Sardinia at about 3pm on the Monday. I really liked having our first day completely at sea, even though it was so busy on board, especially on the sun deck where everyone was trying to sunbathe!

There were several restaurants open for breakfast but we ate on the sun deck every day. There was a buffet there which had sausage, bacon, eggs, hash browns, pancakes, French toast, yoghurt, muffins, fruit, etc. And also a person preparing omelettes to order! It was great, me and my mum took advantage of that! It was really lovely to eat outside in the sunshine so I'm glad we did that rather than go into a restaurant.

On Monday we first explored the ship a little bit. Decks 5 and 6 and 7 were where most things were going on. We went to connect to the internet and have a bit of a poke around. There were so many people around. We then got changed into swimming costumes and went up to the sun deck. It was HEAVING, there were barely any sunloungers free and we ended up sitting right in the middle, not close to the pools. It was sunny, which was lovely, but I definitely thought "I hope it's not as busy as this all week."

The pools were lovely, but small, but that turned out not to matter. Lee and I were in one at around 1pm and we saw someone carve an ice sculpture from a piece of ice that must have been two feet by three feet, so that was pretty cool. My mum and Norman explored the upper decks more than we did - we were pretty set on sun and swimming!

We had lunch still in our swim stuff, eating from the outside buffet again. We did more swimming before going back to the cabins to get ready.

We'd chosen inside cabins with no windows, because they were cheaper. I don't think we missed having a balcony, and I think it helped Lee to not feel seasick, but I did miss natural light in the room. There wasn't an overhead light in there at all which I found difficult, but honestly we were barely in there. There was a problem with our shower which they ended up mending later in the week and they gave us ship credit to say sorry, which was great!

We went to the Manhattan restaurant to eat, which was free for us like Taste, but which required a shirt and closed shoes for men. So we'd got a bit dressed up, I'll show you my outfit in the next post. The restaurant itself was nice, but not any nicer than Taste, and the service was slower, so we ended up going back to Taste on other nights because neither Lee nor Norman like to wear shirts and Lee didn't like the proper trousers he had to put on. Ah well, we love them the way they are! 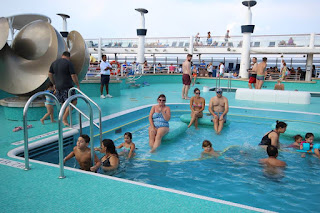 My mum sitting in the middle of the shallow part of the pool. She thinks her costume was from Marks & Spencer 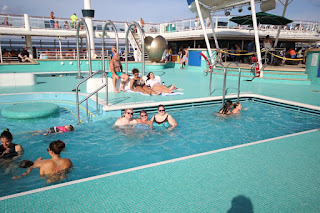 Lee and Mum and me in the pool. My costume was from Yours 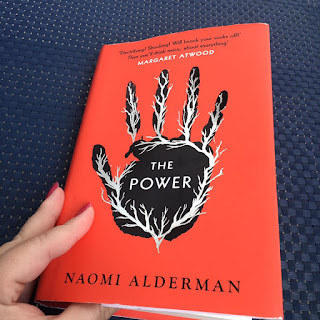 I was reading this, have you read it? I found it very odd. My review is here. 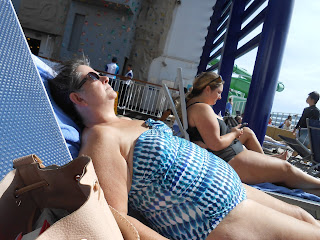 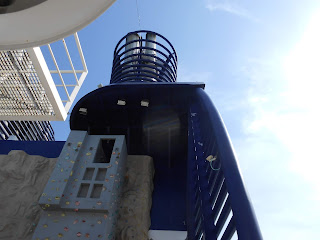 We were just behind the funnels 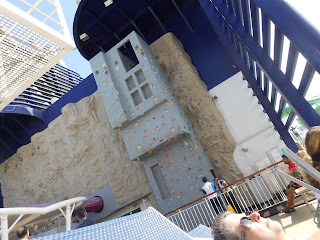 And the climbing wall (naturally) 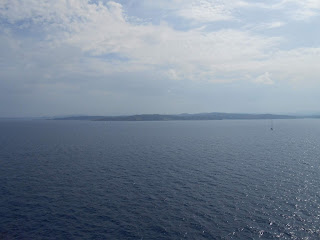 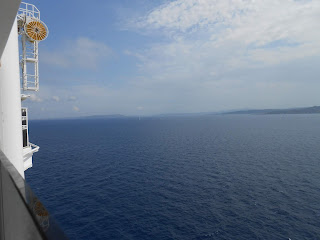 Sardinia. The gap between them is only a few kilometres so we could see both islands. 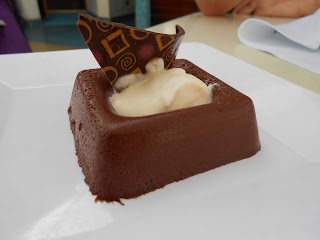 Dessert at lunchtime. It wasn't as nice as I expected :( In fact I think the desserts mainly weren't as good as we'd thought - the cookies on the buffet outside ending up being the best! 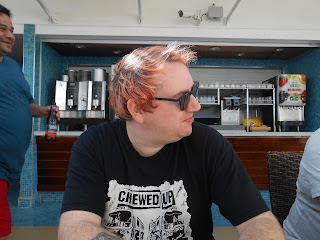 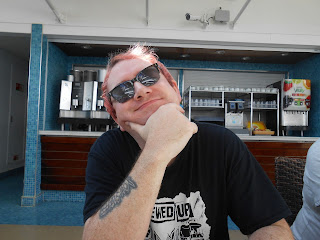 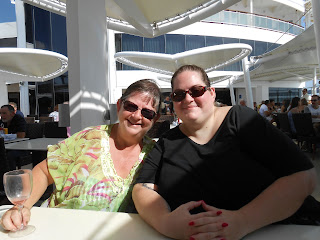 I call this look swimming chic 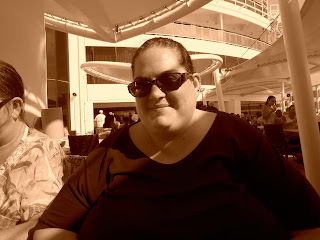 Lee was faffing with the settings 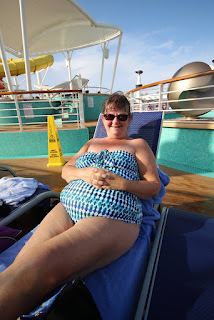 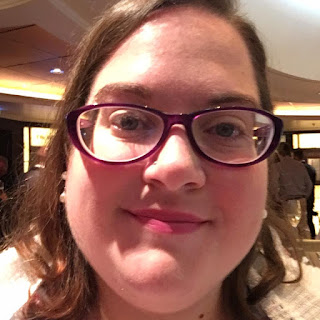 This is from later, we were downstairs by the casino getting a drink before food 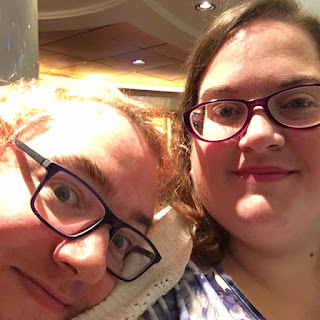 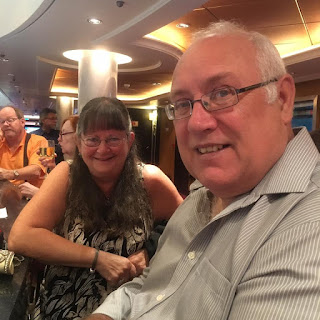 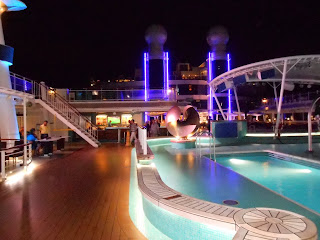 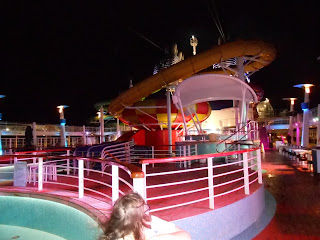 The slides and pools were all lit up 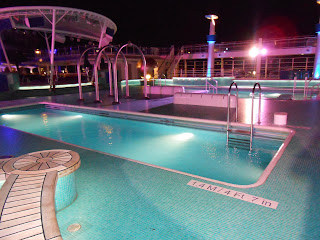 I think we could have swum if we'd wanted - there were still people in the hot tubs at this point. If I went again I'd definitely try to do that 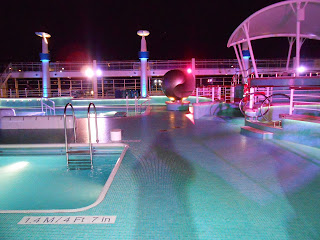 This deck was so wet during the day but not at this time! 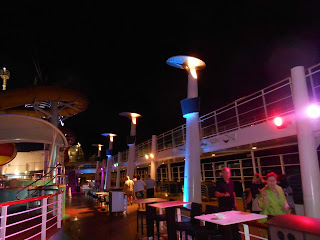