At the beginning of June I had a really busy but fun weekend. I could have gone out on the Friday night too, as my BFFs met up to go to the cinema, but I couldn't go out three nights in a row!

Anyway on Saturday Lee and Sam and I went to Leeds to see Sofie Hagen. She's a comedian who talks a lot about feminism and about being fat. I'm not sure how I came across her originally but we saw her last year on tour too. A few people I know were also going (and then I saw tons of people there who I knew!) so I met up with some for a drink first. It was a really warm night and the alley where City Varities is was packed!

I really enjoyed the show, it was moving as well as funny. I would have liked to buy Sofie's book, Happy Fat, but I didn't really have the spare money. As it was, I got a copy of it on Netgalley for review, so check out my review here.

After the gig Lee and I went to Wakefield to pick up my friend Rachel. She was at Long Division festival in the city and I had offered her a bed for the night so that we could have lunch with my friend Laura on Sunday. They're online friends but had never met. I haven't met Rachel that many times so it was nice to spend a bit more time with her.

On Sunday she and I went across to Huddersfield to meet Laura. We went to Cafe Mandalay, the Burmese restaurant, which Laura hadn't been to but which I have. Rachel had agreed it sounded good. They do a reduced menu on Sundays but there's still a few veggie and vegan options. I went for the chickpea masala that I had last time and Laura did too.

Laura then suggested we went to Icestone Gelato for dessert. It's usually packed in there but because it was Ramadan it was less busy. I had chocolate chip cookie dough which I nearly always get because I like it so much! After that I took Rachel for her train and then I went home for a couple of hours before I had to go back out again.

Honestly I barely ever go to Leeds and here I was going twice in two days! I drove to the Wardrobe near the Playhouse, parked the car, and met Sam inside. We were seeing Emmy the Great, a musician who we both really like and who we've seen a few times but not for ages. She was playing the whole of her first album, First Love, so we were really excited about that.

I will say that the Wardrobe's access policy is brilliant. I had contacted them beforehand and gave my name, and they showed me to a seat and also said I could use their lift. I'm okay with one flight of stairs though, so it was okay. I appreciated how good they were, though. Sam could have sat with me but she stood behind me instead.

Support was from a musician called Bishi who I was also really excited to see. I loved her first album back in like 2008, but I had never seen her, so it was nice to see her finally. Emmy was amazing; I really loved hearing all the songs off the album and it was weirdly emotional - it took my right back to ten years ago when I was still grieving badly for my dad who had died the year before and relying a lot on music to get me through it. Afterwards I spoke to both Bishi and Emmy and they signed my ticket. I like this trend of playing full albums - I saw Suede do Coming Up several years ago and I've seen the Manics do two albums in full. I had such a lovely night. 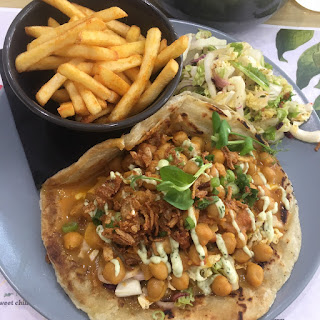 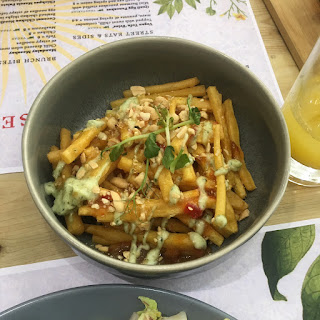 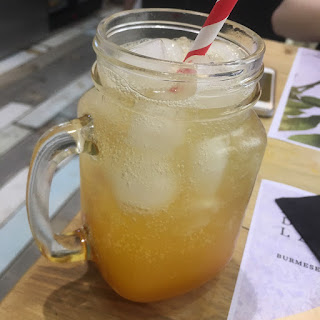 Some kind of passionfruit drink - it looked pretty but wasn't amazing 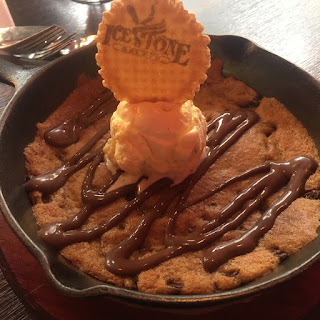 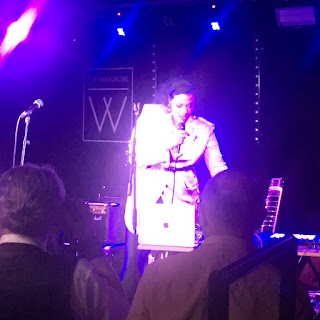 Bishi - my phone is terrible at photos in light like this 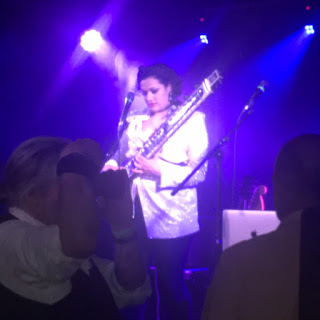 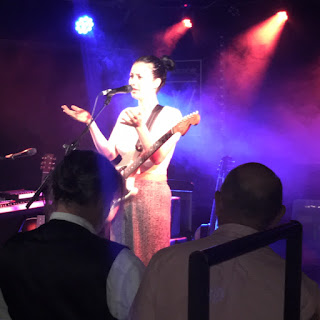 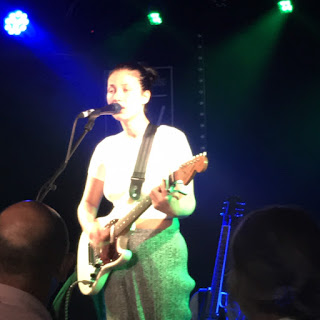 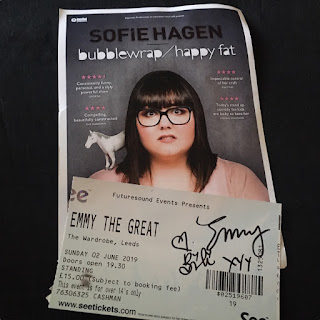 And finally the Sofie flyer and my signed ticket!