In the middle of June it was my BFF Sam's birthday and she had the whole week off work. She took herself to Liverpool at the beginning of the week, and then her and Jacqui and I went to Derbyshire for a few days at the end of the week. Sam had booked it all, we just all had to meet in Barnsley and then set off!

It had been raining for dayyyyyys and dayyyyys, so although we had said we would go to Hathersage Lido on Wednesday afternoon, I wasn't sure we actually would. But as we were driving there, it finally stopped raining so we decided we would still go.

We stopped at Ladybower Inn on the reservoir for some lunch, which is a really lovely pub that I would like to go back to. They had a few vegetarian choices but I went for the burger which had a mushroom,. halloumi, and some carrot bacon in it. It came with chips and some weird coleslaw (not a fan of fruit in coleslaw I have to say!). It was really nice!

We got to the lido at about 1.45. There were only a half dozen other people in - although it wasn't raining it really wasn't warm. It was okay in the water - as long as you kept moving. When we stopped to chat we soon got cold. But it was really fun to do and I'm really glad we did it!

Afterwards we each showered and then went round to the cafe to have a hot drink and a piece of cake each. The cafe was quite busy but nice and warm.

Around 4pm we set off to our cottage. Sam had booked us into this cosy log cabin near Buxton which was in the middle of nowhere and so cute! It had a wood burning stove which we managed to get going to throw out some heat. It had a tiny fridge and really cute stuff in it. There were two king size beds - in a bunk! Bonkers. We had salads for tea and drank some wine and watched Netflix on Sam's computer.

The cabin had a little bathroom in a shed. There was a shower, a composting loo which actually wasn't as bad as I thought it would be, and a stand with two bowls on it - one for washing hands and one for washing dishes. It was a cute little bathroom and even going really early in the morning wasn't too bad. I would highly recommend the cabin, it's very sweet for a bit of a break away.

Oh there were also cats! One kept trying to come in but Jac is allergic so we couldn't let him. Sam and I petted him outside.

Here's my pictures from Wednesday. 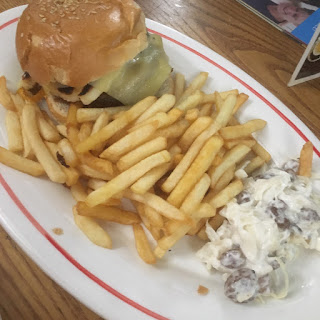 Lunch at the Ladybower Inn 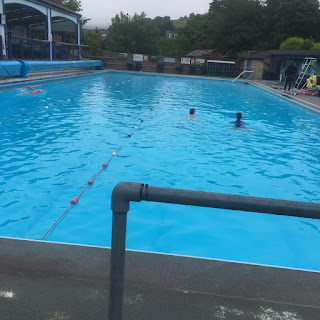 The lido when we got there 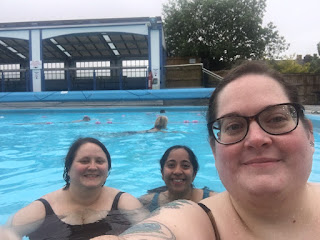 All of us in the pool 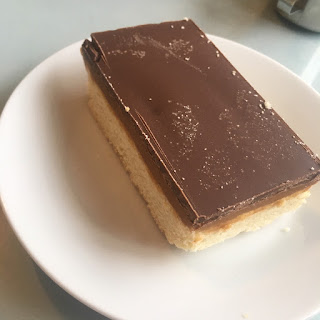 Caramel shortbread in the cafe 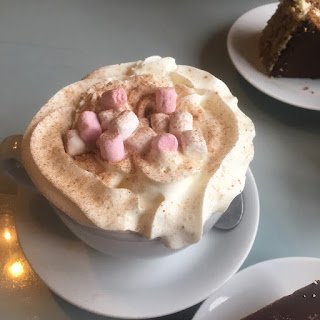 And a hot chocolate 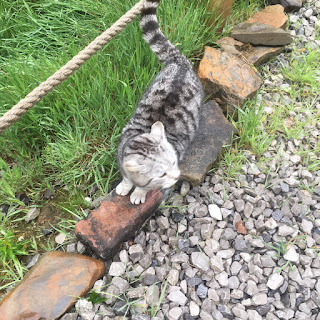 Cat! He was so handsome 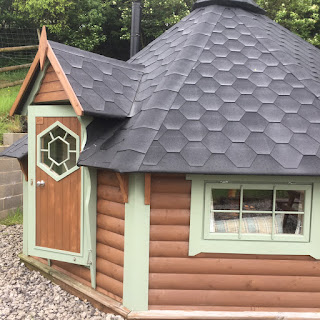 The cabin was so cute! It was like a grown up Wendy house 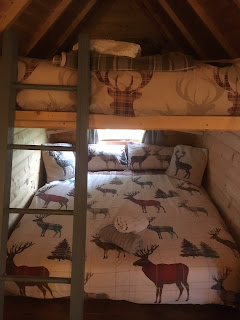 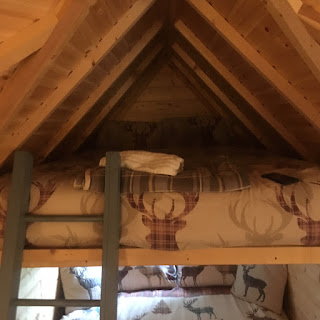 See how there was even a king size bed on top? Weird! Sam liked it though 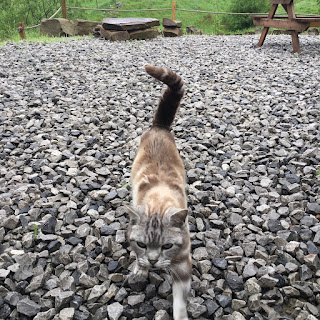