On the Friday of our holiday to Derbyshire we went to Ringwood Hall spa for the day. Sam had done her research and booked it starting with lunch and then use of the facilities until 6pm I think. We had to leave the cabin by 11am, so we set off then. We arrived at the hotel just before noon. It wasn't clear where we had to go so I think they could have had better signage. We signed in and then got into our swimming costumes and robe and flipflops. They offered me a bigger robe which was nice, it was much better.

We decided to not get wet before lunch so went straight into the restaurant. It is quite small but the staff were nice. Our afternoon tea was ready so we ordered some cocktails to go alongside our tea and coffee. The cocktails took foreverrrrrr to come, we had almost finished our lunch before we got them which was annoying. The food was lovely though - plenty of sandwiches, really nice scones, and some lovely little cakes.

After lunch we went into the spa. There's a little pool, about 8 metres in length probably, with a jacuzzi at one end, some jacuzzi jets in the middle, an infinity edge, and some jacuzzi seats at the other end. There's two saunas and a steam room, an experience shower, an ice fountain, and two footbaths. The three of us kind of split up, each doing our own thing and meeting occasionally when we happened to be in the same place. Jacqui and Sam both went upstairs to the quiet rooms, but I liked the pool and when I found myself alone in it I was floating for quite a long time, my chin resting on the infinity edge. I totally zoned out and found it very meditative, which was lovely.

I liked the steam room, it was a nice heat for me. One of the saunas was quite nice too. I was a bit disappointed there wasn't a cold plunge pool but I did use the cold shower instead which helped - it is really important to cool your body when you've been heating it for a while. And keep drinking too!

We eventually got out and had showers and then went on to where we were staying that night - it wasn't very luxurious so I won't review it! We had a takeaway delivered and just watched telly - it was fine! 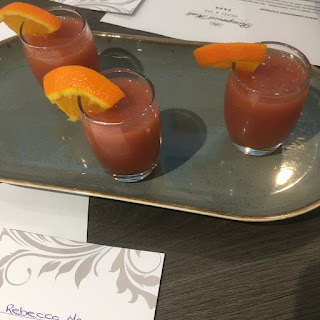 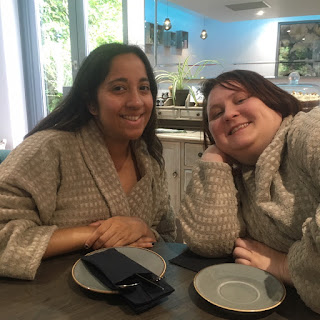 Sam and Jac waiting for lunch 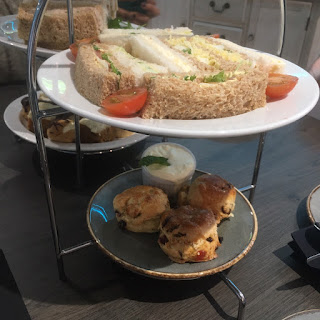 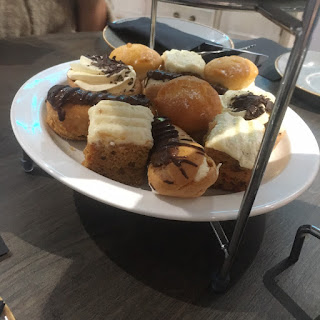 I tried the carrot cake but I really don't like it! 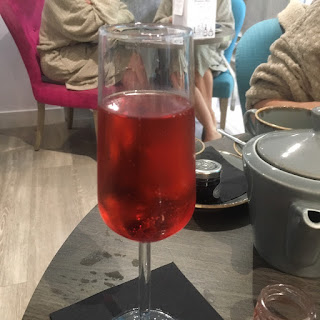 Jac took this of us against the infinity edge 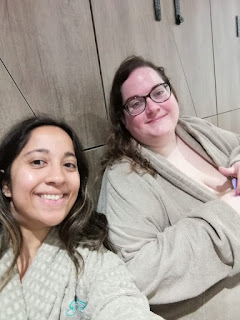 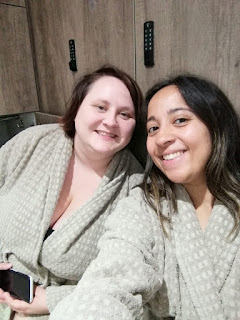 Sam took these two before we got in the pool 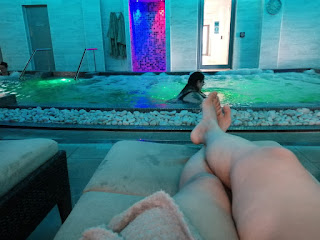 All in all, I think Ringwood Hall Spa is a bit overpriced for what there is, but a nice place to spend a few hours for sure!