Day Out in Nottingham

At the end of May Lee and I went to a hotel in between Derby and Nottingham for the night. We had talked about going camping, but I wasn't well enough, so we managed to get a hotel for the night for £50 just off the M1. It had a pool, so we planned in time to go swimming too. We decided we would go to Nottingham first, and I had seen a post about a new vegan cafe there so I said we should go for breakfast.

It was really nice! It's called the Prickly Pear and it's really small, and the menu is quite small too, but everything is freshly made and delicious. I had scrambled tofu and Lee had potato rosti and a bacon and sausage cob. I would love to go back for lunch - I'd like to try their mac and cheese!

After breakfast we went to the National Justice Museum which is in Nottingham's old courthouse and gaol. It's £12 each but I would say it's worth it. We went right down to the bottom to start off with and looked at the cells and dungeons and stuff. We made our way up through the museum - it has lifts to each floor. There's also plenty of staff around to tell you interesting stories, which I appreciated.

We got back to the main floor at around 1.30, when there was a mock trial going on in the courtroom so we went in to watch that. Lee had to join in and be a witness who had aided the highwaywoman! It was pretty funny. We then decided we'd go into the cafe for a drink and a piece of cake. The red velvet cake was delicious!

Lastly we looked at the main floor of the museum which is about justice issues currently. There's stuff about protests and protest songs, and stuff about campaigns against violence against women. I liked this more modern stuff, I thought it was really good and sensitively done.

We then made our way to the hotel and checked in. It was a busy hotel but had been refurbished to a high standard. Our room was really cute and comfortable. We made our way downstairs to the leisure club and went swimming. The pool was really warm and the jacuzzi was gorgeous. We stayed a LONG time!

We got showered and then went to the restaurant for something to eat. We'd decided to do that because it meant we didn't have to find something else and didn't have to go out again. The restaurant didn't have tons of vegetarian options but enough, so I was okay. Lee had mushroom soup to start with then fish and chips which he said were lovely. I had hummus and pitta bread and then a halloumi burger which was delicious. I had a couple of drinks and then afterwards we played some of the board games that were in the bar. We played a word game that was a bit weird and then Battleships which I like.

We went back up to the room and ended up watching Die Hard With a Vengeance before bed! It had been a really lovely day :) 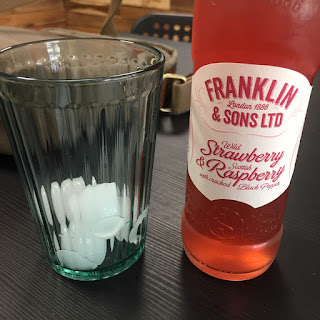 New type of pop in the Prickly Pear 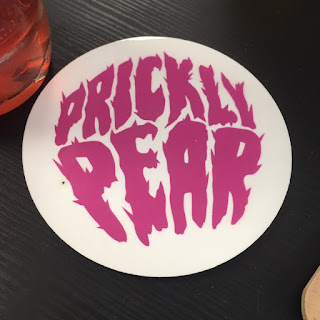 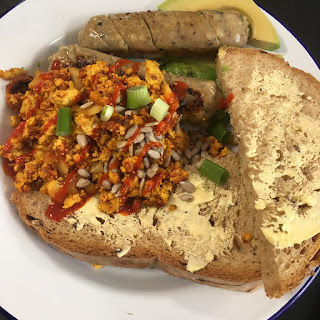 Scrambled tofu - I will have to make some of this myself! 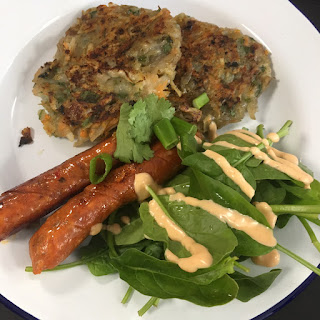 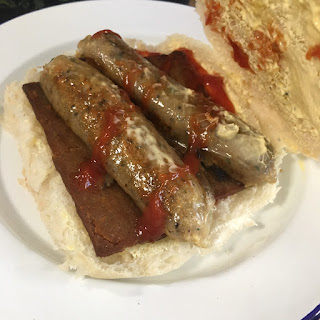 And his sausage and bacon cob 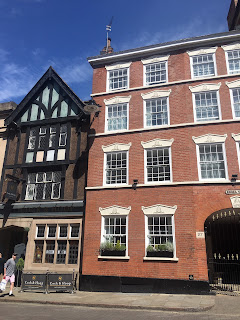 Opposite the justice museum 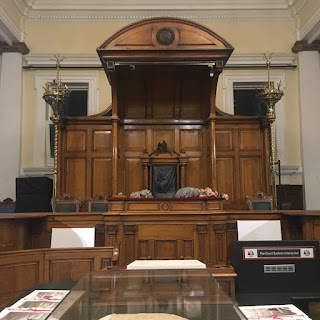 Inside the old courtroom 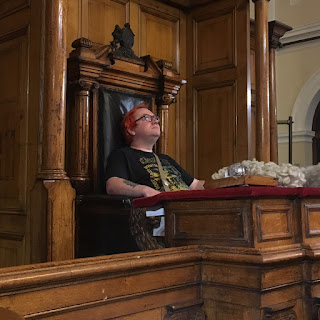 Lee being a judge 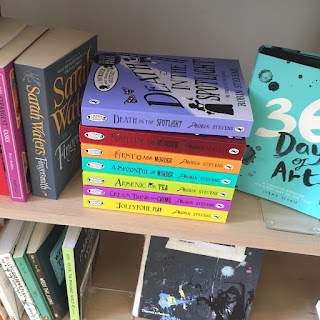 I was really pleased to see these books - which I love, read my reviews here - in all their colourful splendour in a room in the museum 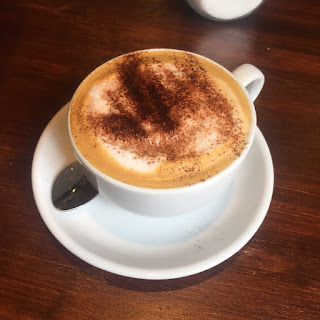 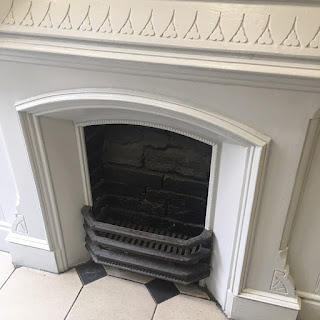 The toilets had this very fancy fireplace inside! 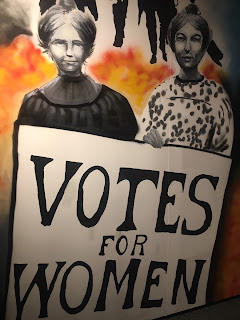 There was a whole bit about votes for women and about what you would protest for. I said trans rights 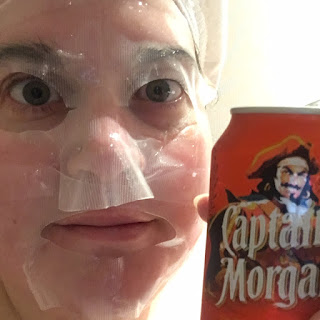 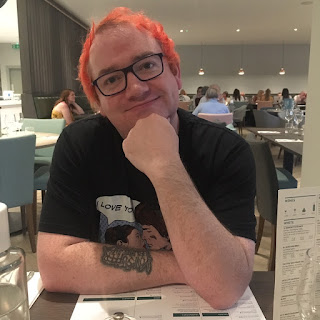 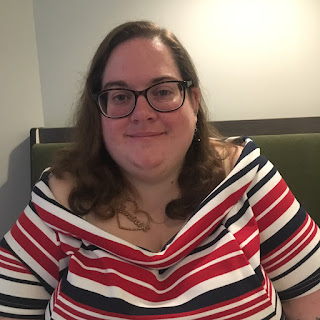 Me in the restaurant 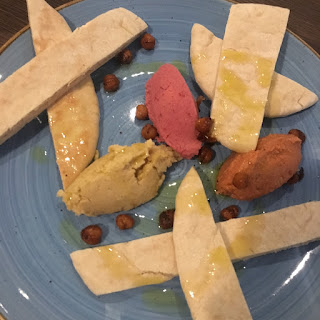 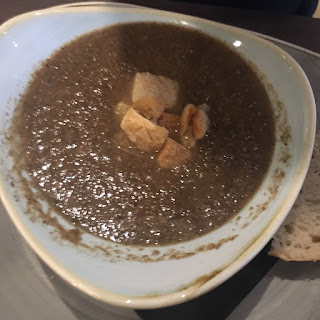 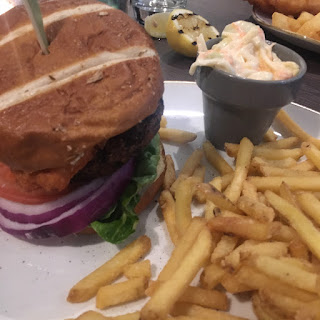 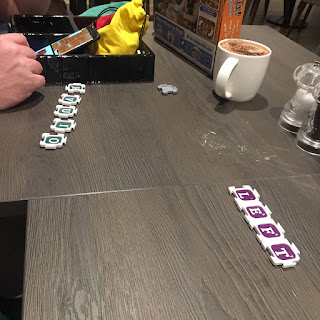 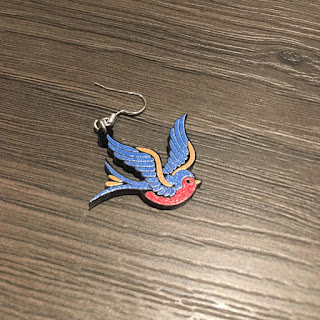 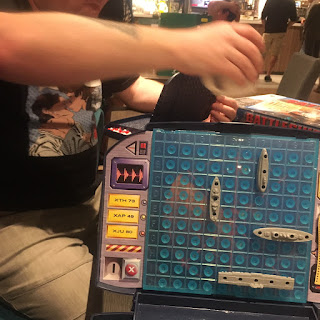 And finally battleships!
Posted by Rebecca at Wednesday, July 10, 2019

Email ThisBlogThis!Share to TwitterShare to FacebookShare to Pinterest
Labels: day out, weekend trip