In the middle of July Lee had a couple of days off work so we could do some fun things. On the Thursday we went to Slattery in Manchester to use a voucher we'd been given (thanks Amy & Mike!) and then I went to the theatre and Lee went to a gig. Then on Friday we went to the water park at Alton Towers!

I think it must have been last year when I was googling water parks in the UK, which is how I came across the one in Pembrokeshire that we visited in May, and it also came up that there's one at Alton Towers. Neither of us like theme parks so we've never been to Alton Towers, but the water park looked like fun. It's cheaper to book your tickets online so we did that then set off bright and early on the Friday morning because it's about an hour and forty five minutes from our house. It's not that far but there's no main roads once you come off the A38, meaning you're basically going cross country. When we got there, there were longish queues to get in, but the water park is in a different part so we managed to get through and parked right next to the Splashdown Hotel.

We went in and down a lot of steps in the hotel (which was a restaurant and games like an amusement arcade) to the water park. There is a lift, I just didn't realise quite how many steps there were! We got in quickly and then into the changing village.

In the complex itself, it's quite confusing so I'm glad we explored quite a lot. There's a pool that goes quite deep, which leads into the lazy river. That has rubber rings if you want, and also a ton of buckets that keep dumping water on you. At the back of that there's the entrances to four slides, and the entrance to the outside pool. It's not huge but there's seats in it, so Lee and I spent quite a lot of time there sitting in the sunshine.

There's an outdoor spa area too, which isn't huge but it really nice. There's an inside spa too which was really nice and warm. There's a kids' pool but we didn't look at it closely.

Then there's also a splash area where there's tons of levers and stuff for water splashing, and a whole jungle gym type thing for kids. There's also a MASSIVE bucket - it must be seven feet tall at least - which dumps water all over everything about every five minutes. It's a lot of fun - we stood right under the downpour a couple of times.

We did a couple of circuits of the whole place then had lunch. The hot menu is limited - but does have two vegetarian choices out of about eight! So I had a veggie burger and chips. Later we had an ice cream each too. Food wasn't too expensive, which is good.

I really liked it - it was more fun than anything else, so quite tiring. There's not really much downtime space, although sitting outside in the sunshine did it for me. I also wish there was a wave machine but the main pool probably isn't really big enough. I would go again in a group, I think it's not bad for £16. We left about 3.30 so we'd had several hours of fun!

Some photos: Lee took most of them. 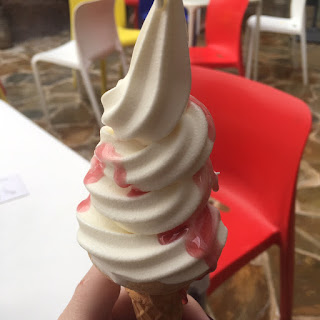 Ice cream in the afternoon. There's loads of seats so it wasn't too crowded 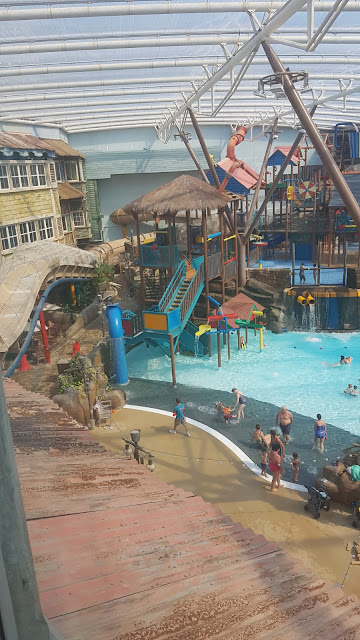 The main pool and the slide on the left that goes all the way round the place. We didn't go on any slides 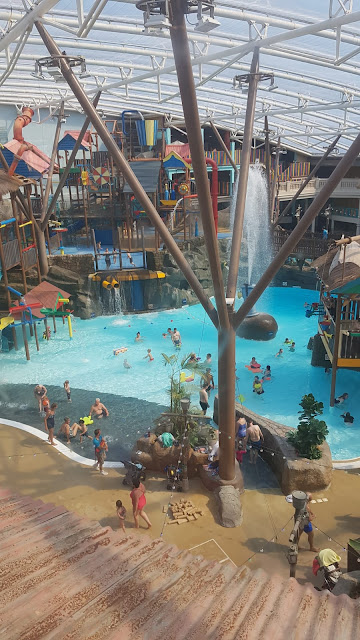 The main pool, the water coming out of that middle bit was immense! 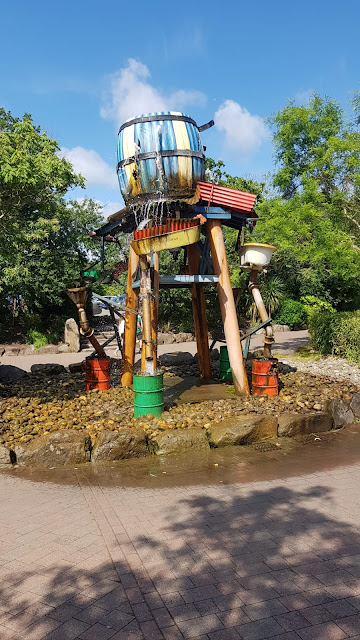 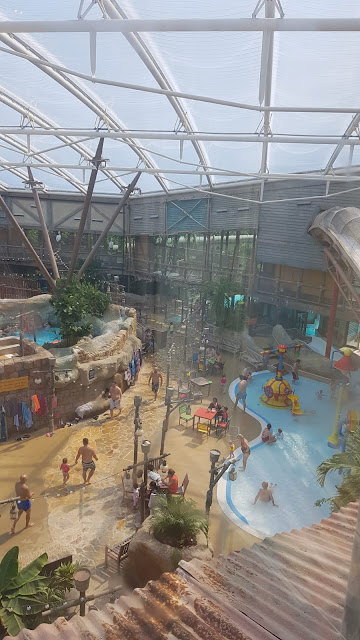 To the right, the kids pool and where you could get outside 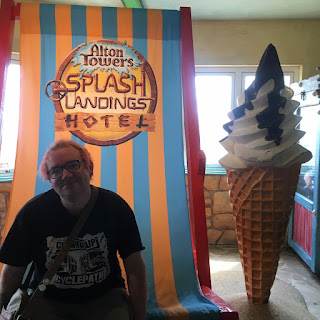 I love these oversized chairs, they're so cute!