What I Wore June 26th

June the 26th was our 14th wedding anniversary, can you believe. We decided to keep it quite low key as we'd been away camping the weekend before, so we just gave each other small gifts of chocolate. I asked Sarah and Tom to come over for a takeaway which they agreed to, and then Lee said he would like to go out, so we ended up at the Curry Mahal in our village. We haven't been in absolutely years; it used to be the poorer Indian takeaway/restaurant in the village and we preferred Dilraj. Then Dilraj has gone downhill immensely and we've avoided it for about a year or so. If we've had curry we've got a takeaway from somewhere else in Barnsley. Lee said we should try the Mahal again and see what it was like, so we rocked up on Wednesday evening.

Sarah and Tom had come to ours for about half an hour beforehand, so Sarah and I had shared some of the champagne I got for Christmas. It was lovely, I really liked it. We set off up to the curry house and were pleased to find that although we quickly got a table, it wasn't empty either. We shared some poppadums and a pickle tray and before we'd even finished those the starters were coming.

I had onion bhajis which were so good - really big and fresh and nicely spicy. Lee had chicken chatt and said it was nice, he often gets that. He then had chicken madras and said it was really nice. I had vegetable tikka Jaipur which had paneer in it, which I love. It was really nice, nicely spiced and there was plenty of it so I brought half of it home for tea the next night.

I wore this dress from Yours that I've worn loads before, I like it and t's really good when the weather is hot because it's really thin and light. My hair is getting really long! 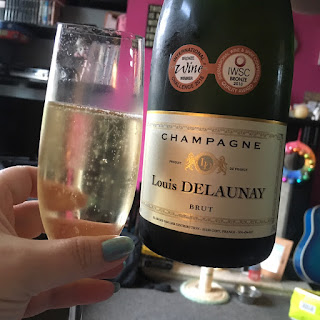 I'm not sure if my mother or Lee bought me this, but it was very crisp and lovely 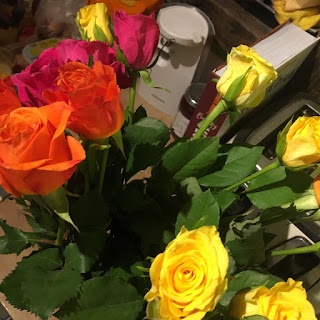 Sarah brought me these pretty roses 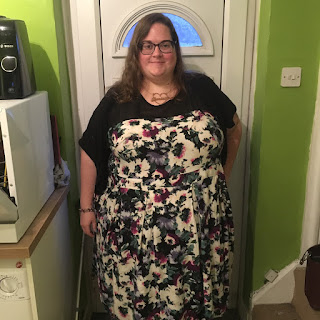 And here I am in this lovely floral Yours dress. I like the mesh top too

Email ThisBlogThis!Share to TwitterShare to FacebookShare to Pinterest
Labels: yours, yours clothing