As I said, we went for afternoon tea at the Old Swan Hotel at the end of June. We had been given the voucher as a vow renewal present from our friends Paul and Lianne, which was so lovely of them. We decided to go to North Yorkshire for the whole weekend, but we could have just gone for the afternoon tea.

We arrived at the hotel and were shown into the bar area. The room was really busy, being used by other people having tea and also by guests from a wedding in the hotel. It was an Indian wedding so there were lots of women in really beautiful saris. I was sitting in a lovely enclosed sofa which was nice. We ordered coffee and I treated myself to a glass of champagne. There was a choice of sandwiches so I went for cheese and chutney, and roasted vegetables with chipotle mayo. Lee went for chicken caesar and the roasted vegetable.

The coffee was refillable and really nice, so we both had lots. The champagne was extremely delicious, I was glad I'd got it. The cakes were okay - there was a rhubarb and custard tart, a blood orange and ginger cheesecake which was okay, a coconut cake that neither of us ate, and a lemon and rosewater posset which I really liked. The scones were delicious - slightly warm, full of fruit, and really nice. I had lots of cream and jam on them but Lee just ate his plain as he doesn't like jam or cream (weirdo).

I have had nicer afternoon teas, but I did like the surroundings and it did feel like a really special time! 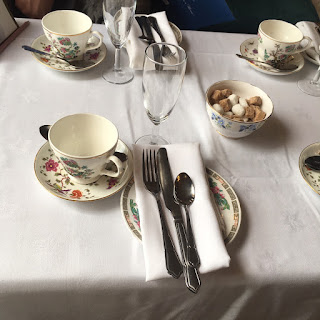 Really lovely china on the table 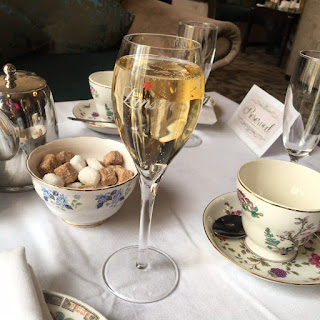 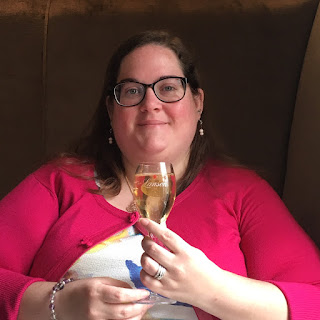 Lee took this of me 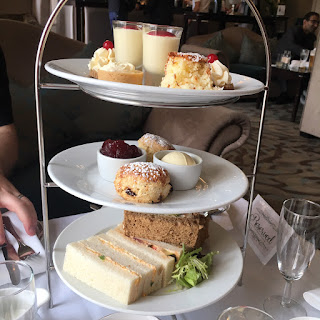 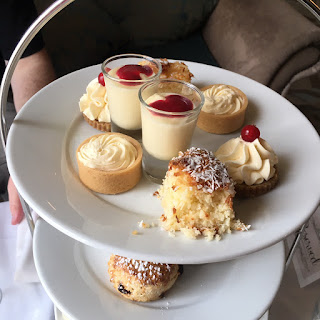 I wish at least one of these cakes had been chocolate 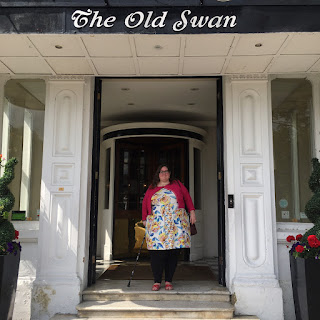 Lee took this of me on the front steps. I was wearing this dress from Asos and a Simple Be cardigan