What I Wore June 30th and Henry V at the Theatre

At the very end of June I had tickets to see Henry V in York with some friends. We went last year to see Macbeth at the pop up Rose Theatre, and loved it, so as soon as we knew it was coming back this year we booked to go a few times. My friend Laura wanted to see Henry V so I said I'd go too even though I'm not familiar with the play at all.

I picked Sam and Laura up in Huddersfield and drove us to York for 5pm. We had booked to eat in 31 Castlegate just across from the theatre and Clifford's Tower. I've never been before but they have a set menu and even a vegan set menu, three courses for £19. I was impressed! I mixed and matched - I had goats cheese mousse off the ordinary menu, then a vegan black bean burger and chips from the vegan menu, then white chocolate and brownie cheesecake from the ordinary menu. It was all really good - it felt quite posh and was served quickly, and tasted so good!

We went across to the theatre around 7pm and bought drinks before going to our seats. Sam had bought a 'groundlings' ticket, meaning she was on the floor of the theatre. She stayed all night standing against the stage, something I couldn't do, but if you could the tickets are cheaper and you get an excellent view. The rest of us were right up in the top tier where it was really quite empty, unlike for Macbeth. I guess Henry V is a less famous play. The view is okay though, so I couldn't complain too much.

I didn't know the story of Henry V so I was eager to learn it as it unfolded. I loved it! I really did, it was staged really nicely and everyone was so good. I really enjoyed it, I would see it again somewhere else. I'm also really looking forward to the plays we've got booked for later on in the summer.

I wore this floral dress from Yours which I haven't worn since I was in Cornwall last summer. It came up on Timehop paired with this cardigan from Joe Brown, so I put the two together again. It's a nice summery outfit - cool and light but warmer enough when I needed a cardigan later on in the evening at the theatre. 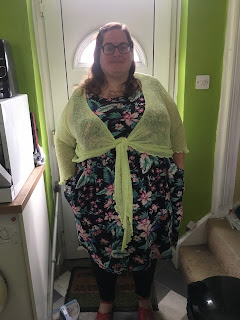 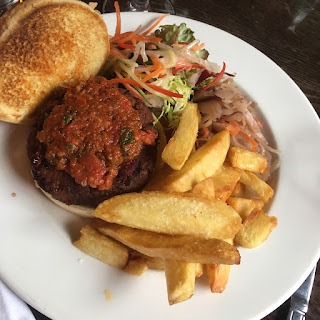 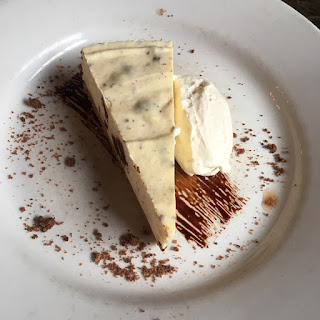 The cheesecake came with chocolate soil like we were on Masterchef 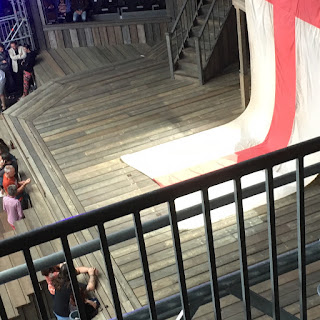 My view of the stage. Sam is just out of shot on the left 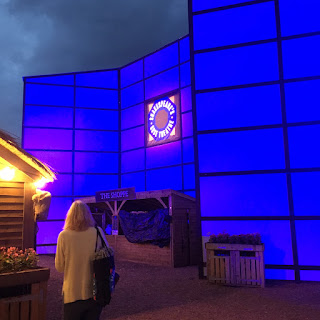 The theatre after the play had finished

Email ThisBlogThis!Share to TwitterShare to FacebookShare to Pinterest
Labels: joe browns, theatre, yours, yours clothing