Weekend in Derbyshire - Part One

The last weekend in July saw us in Derbyshire. My friend Amy, who you'll remember from previous camping trips, has planned a trip every year since 2010, so this was the tenth one! But she's just had a baby (Daisy, who is gorgeous) so didn't want to go camping. So instead she booked a huge house for 20+ people and several babies. We were too late to get a room, so Lee and I did actually end up camping quite nearby and driving each day to the house. It was just as well, because it was absolutely chucking it down most of the day and camping wouldn't have been very fun - I was happy to have a house to sit in at least!

So Lee and I set out on Saturday afternoon and went to Buxton to our campsite. It was nice, quite peaceful, cheap enough. We then went into Buxton for something to eat. We went to a Greek restaurant and it was really nice, I had really lovely spanokopita. Afterwards we drove round Buxton for a bit before going back to the tent and going to sleep.

On Sunday we arrived at Amy's cottage at around 10.30am. It was actually three cottages with interlocking doors - a small one, a slightly bigger one, and one with a big open plan living and dining room. There were tons of people, most of whom I've met before through Amy and on previous trips. Breakfast was going on so Lee and I made ourselves some veggie bacon sandwiches.

Everything was pretty chill all day. I cuddled baby Bryn while his parents played pool, and I cuddled baby Daisy a few times too. Lee played pool. We sat chatting and reading and drinking. In the evening different people made chilli and nachos and rice and salsa and guacamole, it was so good! Really delicious food. Then Lee and I made chocolate sauces - one vegan, one with dairy cream - to go over ice cream.

Then Amy's brother Ste had made a huge pass the parcel where in each layer you either had to wear something or imbibe something. We played it before in Shell Island six years ago. I had to drink some awful frogspawn-like drink and some neat Bacardi. It's a fun game. Lee, bless him, didn't want to play (he doesn't drink anyway) so he tidied up most of the kitchen which was really good of him.

We ended up leaving around half past midnight, we got chatting to my friend Gillian and her husband Tom (I met Gillian and Amy in 2000 at sixth form college, along with our other friends Ailsa and Michelle.... I love them all dearly!) so didn't want to leave. It was okay though, the site wasn't very busy as it was Sunday night so we didn't feel too bad about driving back on so late. 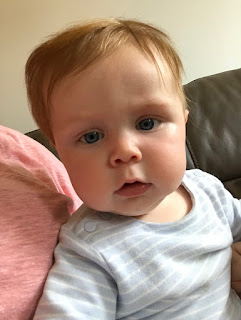 Gorgeous baby Bryn, he didn't know me but was happy to be left with me (the best way babies can be!) 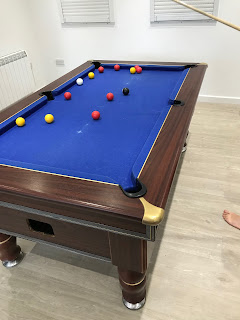 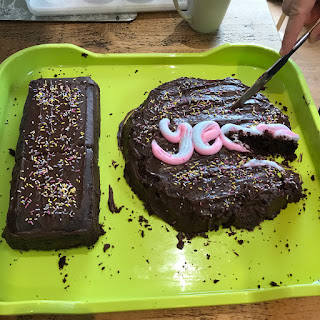 Emma made this gorgeous vegan cake to celebrate 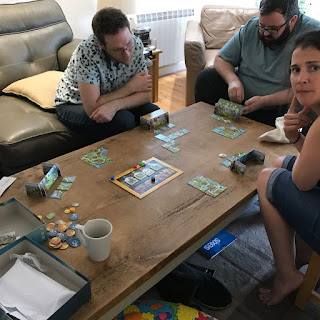 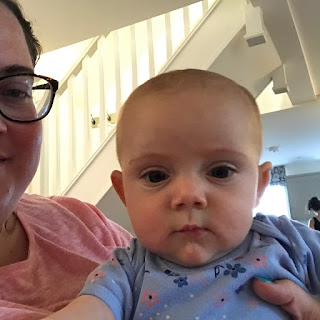 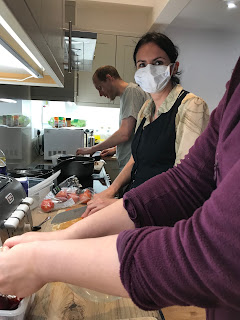 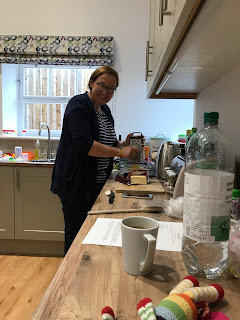 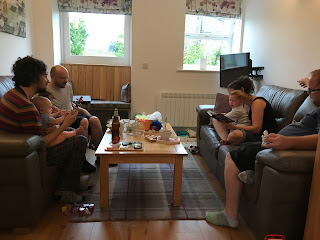 This was the baby cottage 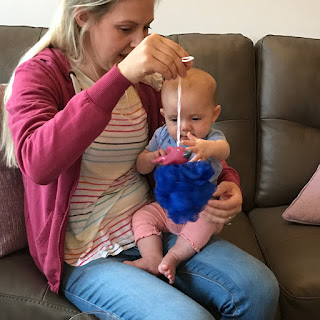 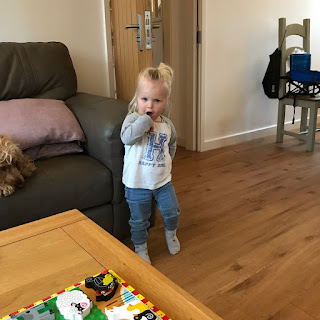 And this is Gillian's little one, Lily 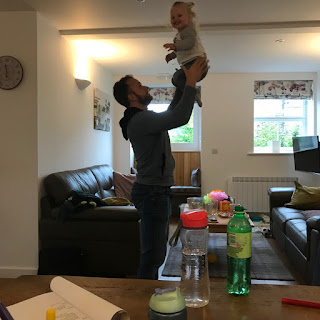 Tom chucking Lily in the air 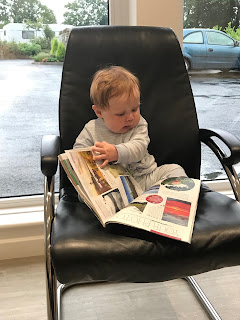 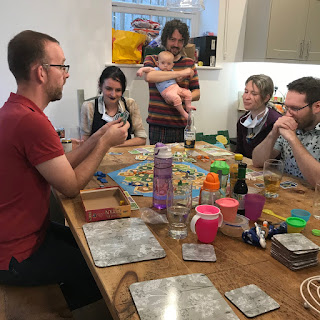 A very serious game of Catan going on (I think?) 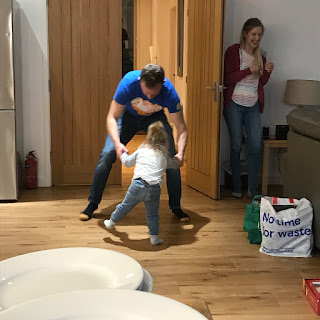 Lily and her daddy dancing 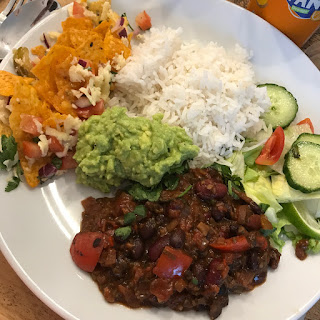 Chilli! I had the veggie one, obviously 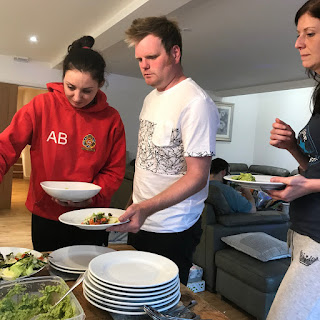 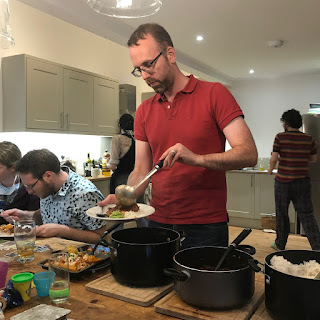 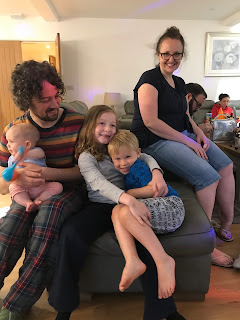 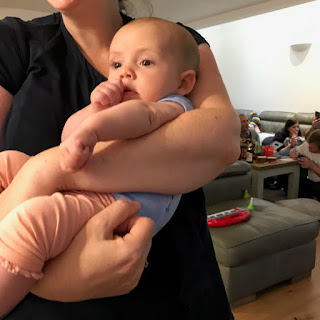 Daisy is just about learning to suck her thumb! 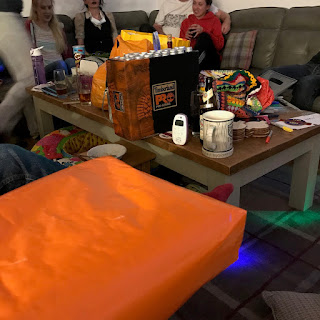 And finally - the pass the parcel, and the test tubes of liquid in the background...