The Week Before Christmas with a Few Photos

As we hadn't stayed in Durham all weekend, we had a quiet Sunday the day after. The kittens terrorised the Christmas tree, I did some cross stitching, and we had vegan hotdogs and waffle fries for tea. It was a nice, relaxing day!
On Mondays I usually go to craft club but we had had the last one the week before, with a fuddle to celebrate. So I just had a quiet day in I think. On Tuesdays I go to work, and when I got there I got two gifts from them for Christmas - an Asda gift card and a bottle of rose wine. Everyone got the same, it was really nice!
On Wednesday I definitely went somewhere, as I was wearing the outfit below which is a pleated burgundy skirt from New Look and a Simply Be t-shirt that says "Express your elf" on it which I think is very cute. I can't remember where I went now, though. I don't think I met up with anyone because there's no photos... hmm. Ah, I remember! I went to meet Laura for brunch at Yummy Yorkshire and to swap presents, and then I drove to Sheffield to swap presents with Sarah! I also made some mince pies a bit later on, and Jasmine deigned to sit on me for a while. Neither cat is really a lap cat, but Jasmine has sat on me a few times recently which is obviously lovely! I also had some of the Salted Caramel Baileys in the evening - have you tried it? It's delicious! I saw someone on Instagram with it and immediately ordered some!
On Thursday my mother and I went to see the new West Side Story at the cinema in Wakefield. It started at 12.30 ish so we both took sandwiches and bought some nachos to share. I love the original film and thought the remake was brilliant too. It was gritty and real, but with the same brilliant music. My mum liked it too.
Lee finished work on the Wednesday; his company gave everyone an extra day off which was nice! So on the Thursday I left him to do what he liked, I think he was mostly playing a Switch game! It was a nice relaxing week which I always appreciate before Christmas as it's always so busy! 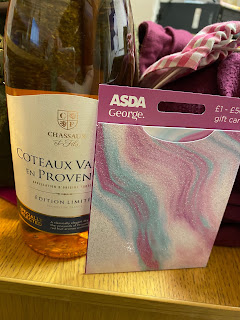 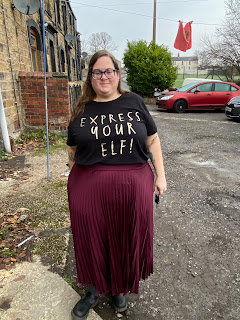 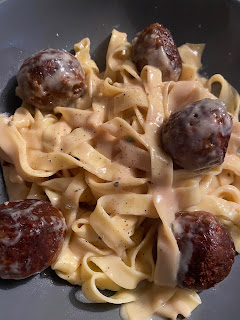 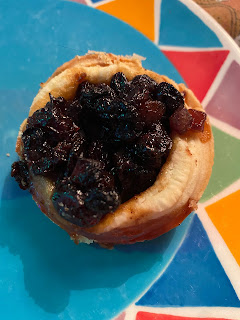 Cute little mince pies I made. I just bought pre rolled pastry, and the mincemeat was made by my friend Bee and had a LOT of rum in it! 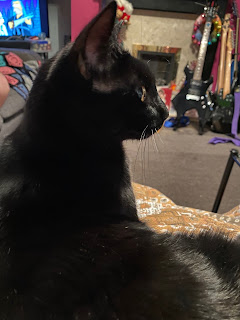 Cutie little Jasmine sitting on my knee. I love black cats so much! 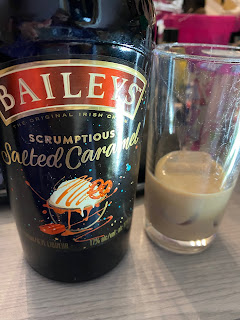 Salted Caramel Baileys - I bought a second bottle too 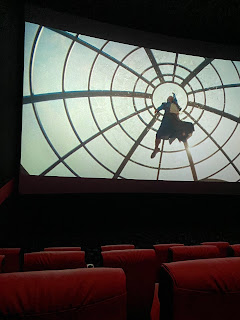 And finally this was an advert in the cinema just before West Side Story started!
Posted by Rebecca at Friday, February 25, 2022