Tea Out at Las Iguanas and What I Wore 24th March

It was my stepcousin's birthday towards the end of March, and her parents were away in Sri Lanka and my mum and stepdad were about to go to France to see my godparents, so Niri was going to be by herself until I suggested we went out for tea. She chose to go to Las Iguanas at Meadowhall. She actually went shopping in the afternoon and had her hair done, and Lee and I met her at 6pm. I like Las Iguanas - the food is always delicious and they have plenty of vegetarian options.

Lee got a whole roast jerk chicken which he really enjoyed, and Nirosha and I both had tapas. I had nachos, beach cheese with sweet chilli jam, and a fiesta salad. They were all so nice, I love nachos but hadn't had them in ages. I also had a watermelon margherita which was nice. Niri had some raspberry mocktails which she liked. I'd put together a goodie box of presents for her with chocolate, nail polish, and some toiletry bits. She liked them!

We took her home afterwards before coming home. It was a nice evening and nice to see her. I wore this peach spotted dress from Simply Be which I wore on my birthday meal out too. It's easy to wear and I knew it would be warm enough inside Meadowhall, but it does make my hair real staticky! I wore it with my black footless tights from Snag, and my new white slip on Converse. Lee bought me them for my birthday but I've been saving them until the spring so this was only the second time I'd worn them! They're just as comfortable as the black ones so you can expect to see them a lot this summer! 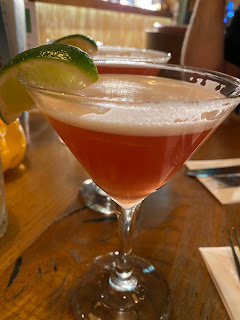 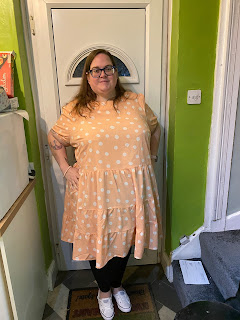 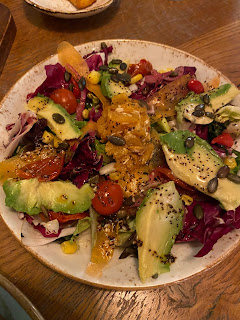 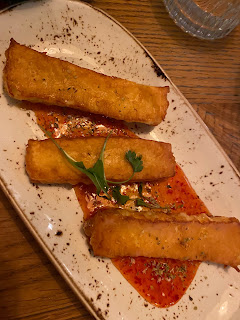 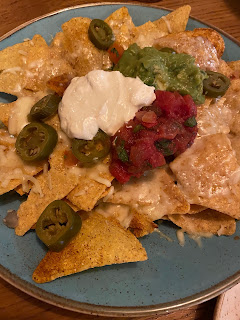