Camping with My Family 2022

As you'll know from previous years, Lee and I go camping with my family once a year which is always lovely if very tiring. This year because of the extra Jubilee bank holiday we decided to go then, and decided to go near Market Harborough. It seemed to go over very quickly but it was nice. My mum and stepdad went a day early and warned us it was cold at night so we went prepared with a hot water bottle and extra layers of clothing and bedding. It still turned out to be very cold though.

We got there on the Thursday and got set up. Last year our king size airbed broke, so we had bought two single ones. They turned out to be far more comfortable than I imagined which was good! On Thursday night Rob cooked gumbo, a veggie one for me and Lee and meat for everyone else. It was really nice! My mum also rented Giant Jenga from the campsite so we played that for a bit. It was warm and sunny which boded well but unfortunately the weather turned and the rest of the time was really quite cold and rainy. Rob had also made the Jubilee pudding but I went for the amazing chocolate tart he had made alongside, which I could eat again right now! We had a fire pit in the evening which is always nice, and it turned out to be the best weather for it.

I slept okay thought with many layers on, and on Friday morning Neil and Caroline made the same croissants for breakfast that Lee and I made last year - you cut them in half, put salami/veggie salami and cheese on, then grill them until warmed. So simple but so good.

Everyone dispersed for the day - Caroline and Neil went to look at some trains, Rob went for a walk, my mum, stepdad, Peter and Beth went to the Space Centre in Leicester. Lee and I went to Coventry to meet some friends of mine. I haven't seen them in forever so it was lovely. We sat in a cafe where I had a mint crunch cake and some delicious coffee. When they'd left us Lee and I went into a goth type shop nearby which had tons of crystals so I bought some and also a statue of a little black cat!

We got back to camp first so relaxed for a bit. We cooked that evening - we did pasta and different sauces and veggies and some chicken (not for me) meaning that everyone could choose whatever they wanted on it. Everyone liked it.

On Saturday morning Neil made a full English breakfast with veggie options for Lee and I. It was cold and windy so we were all sitting in their tent because it's got enough room for all of us. Lee and Peter and my mum and I decided to go into Market Harborough, my stepdad stayed at camp and everyone else went to look at a series of locks nearby. Market Harborough turns out to have lots of charity shops so we went in those, and had a coffee before we went back. We also managed to buy Lee two birthday presents for his 40th which is coming up in August, so that was good.

Back at camp we made s'mores. My friend Michelle gave me a kit for Christmas so I thought it would be fun to do while camping and it was! Everyone complained at me about how unflattering these photos were though, not my fault!

Caroline and co had all decided to pack up on Saturday afternoon and leave later that night because there was bad weather forecast so they took their tents down and we all ended up crowding into my mum's. It was her turn to cook but she had decided to order pizzas so we did that which was nice. Everyone left around 8.30/9pm so Lee and I sat in my mum's tent until bedtime.

On the Sunday my mum and stepdad helped us take our tent down and we set off home quite early. It was a fun time but the weather did ruin things a little. I wasn't in as much pain as I thought I might be but I had been very cold. 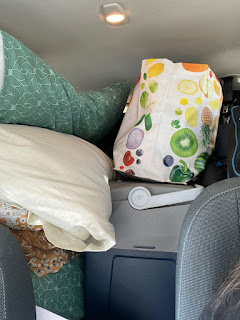 Our car was packed as usual 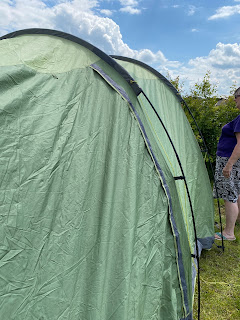 Getting our tent set up on the Thursday 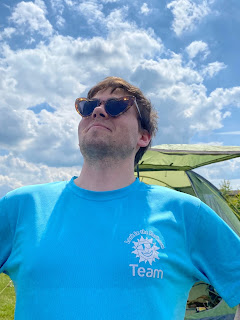 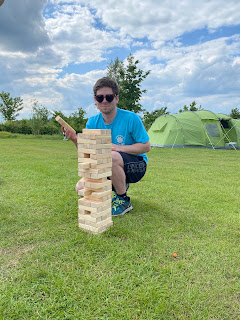 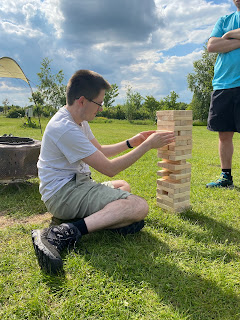 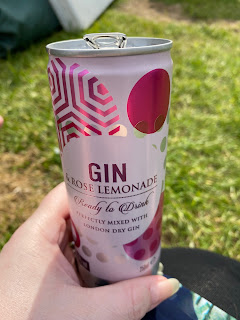 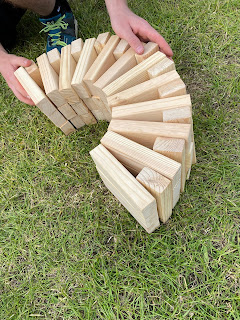 Peter was trying to build a self supporting bridge but failed 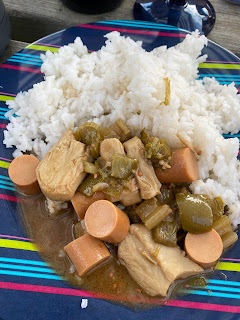 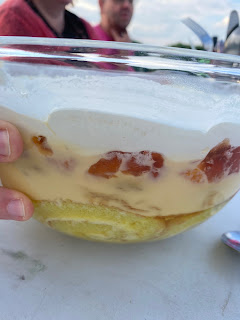 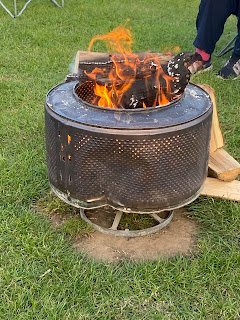 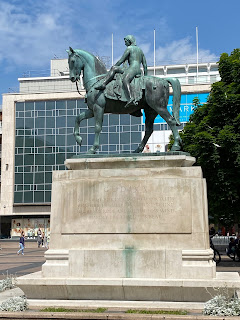 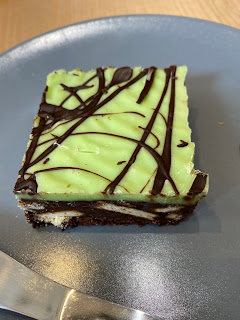 Mint crunch cake
These must be the only photos from Friday... 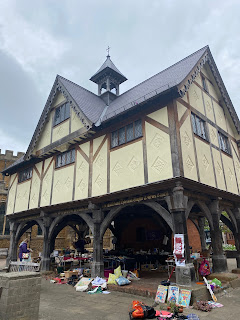 Because here we are in Market Harborough on Saturday lunchtime 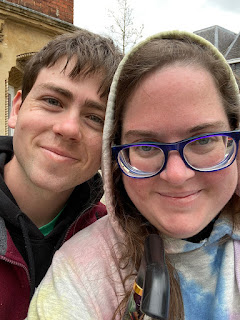 Peter and I in the drizzle. I look shocking - it turned out I was a little ill with more gynae problems - I ended up in the hospital on the Monday just as an outpatient and now looking back I can tell I was unwell 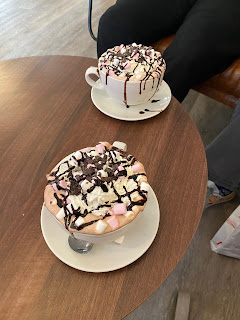 Lee and Peter had huge hot chocolates in a nice cafe 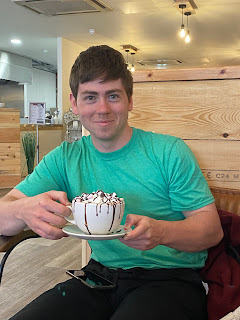 Here's Peter with his 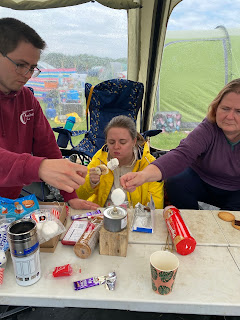 Making s'mores back at camp 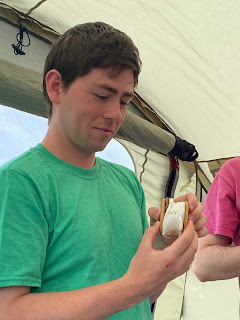 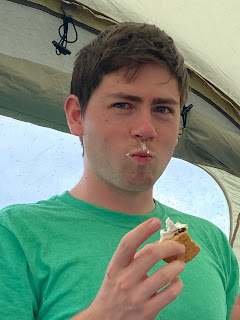 He managed to eat it though 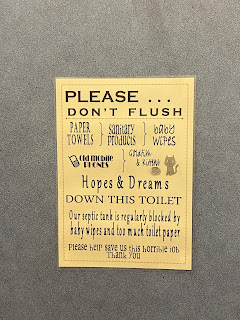 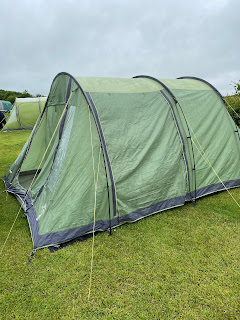 And finally here's my lovely tent - here's to next year!
Posted by Rebecca at Wednesday, July 27, 2022