On the Thursday of our holiday we set off with the intention of maybe going to Penzance to see what was happening there, so we set off west. Things took a bit longer than we thought (which they often do in Cornwall because the roads are small and there's lots of traffic) and we got hungry and thirsty, so we stopped in Marazion for lunch. Well, just outside it actually, right on the beach opposite St Michael's Mount. The beach was absolutely stunning so we sat outside in the beer garden of the Station pub. We had sandwiches and chips and onion rings, they were freshly cooked and really nice!

Then we drove back along the coast roads and down on to the Lizard again. We found a beach called Praa Sands and bought ice creams. We didn't actually go on to the beach which I sort of regret, but we weren't dressed suitably! It was so hot and there were so many people on it swimming and sunbathing.

We decided to go back to the holiday park to swim because it was really warm and the idea of water sounded good. When we got there, the water was like bath water because it was so warm. We had a really lovely swim and only left the pool when we had to at 4.45. I really wish the pool had stayed open later because I would've stayed until about 6.30pm for sure! 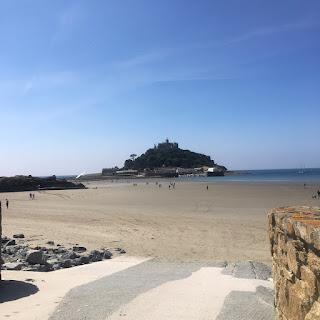 St Michael's Mount and the beach 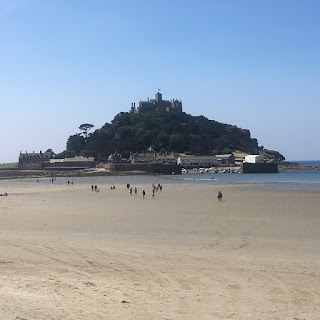 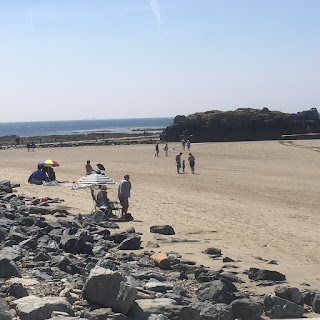 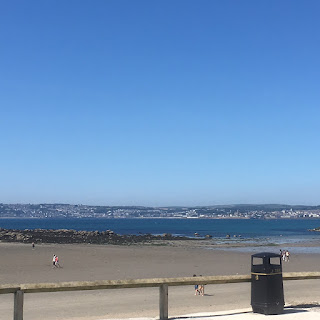 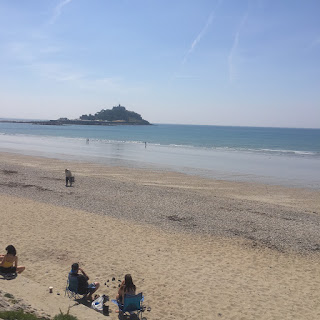 Panorama across the beach 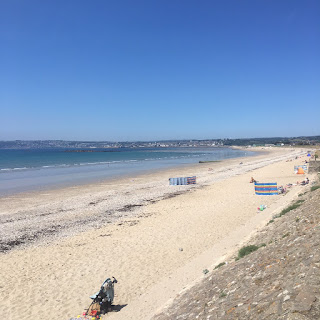 Looking towards Penzance again. How gorgeous does that sand look? 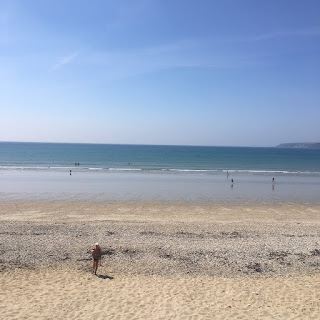 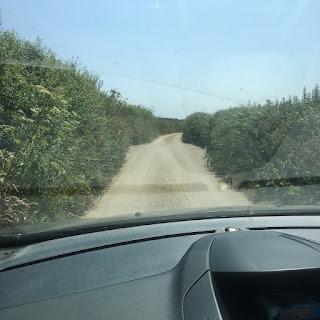 A tiny road on the way to Praa Sands 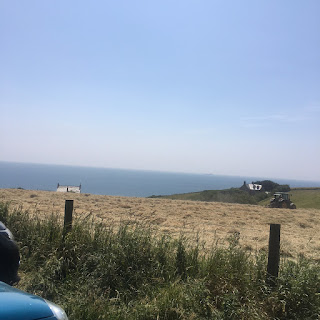 One of the coves 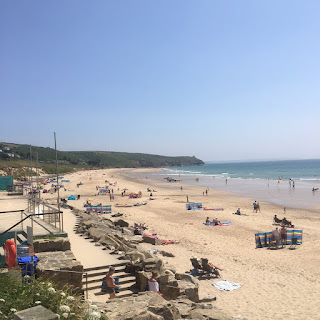 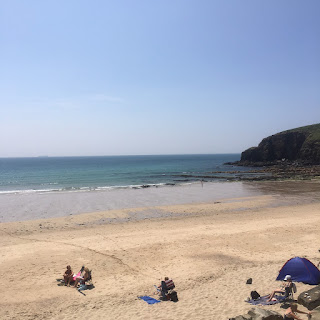 The colour of the sea here was just beautiful too 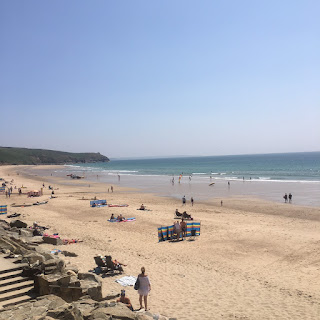 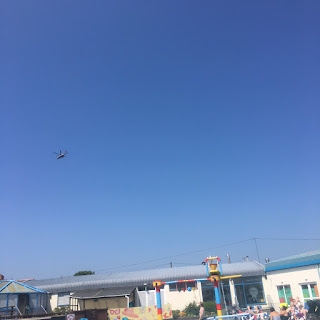 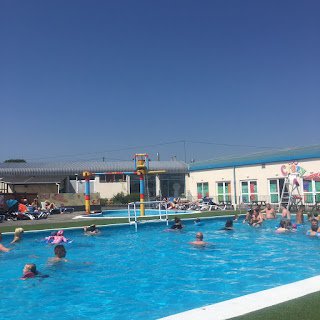 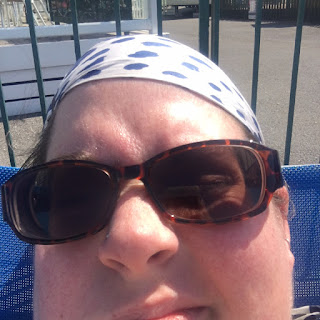 Selfie in the sun! 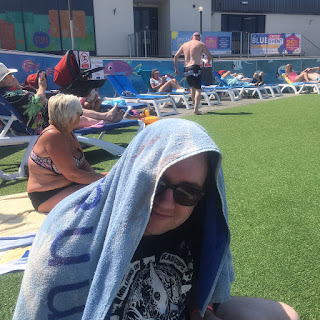 Finally this is honestly how Lee spends most of his holiday when sunbathing - hidden under a towel! I was really impressed with the sunloungers round this pool by the way, they were really sturdy!
Posted by Rebecca at Saturday, August 11, 2018