Trip to Manchester in July

At the beginning of July I went to Manchester to see my friend Amy for food and then to the theatre. Amy and I haven't hung out just the two of us in about half a decade so it was really lovely! We made plans to meet at V-Revs/Vegan Revolution, where I went for the first time last summer. It's in Manchester's Northern Quarter, where I know there's street parking, so I set off around 3pm and managed to find a space just a couple of streets away.

The football was on so the streets were full of drunk people which made me really anxious, but I quickly got into V-Revs to wait for Amy. She arrived and we tried to decide what we wanted. Amy finds it hard, as a vegan, to make a choice when she has so much choice. I wanted the Vietnamese fries that I had last time but sadly they don't do them anymore :( We also decided that we'd have milkshakes for dessert.

I finally decided on a hotdog and Southwestern fries, with a cream soda (I love cream soda so much). Amy went for three little dishes - Southwestern fries, "chicken" tenders, and mac n cheez. She had a ginger beer. We both liked the food, but felt there was a lot of sauce on everything which sort of ruined it. Plus, the bottom of my fries had a lot of vegan cheese sauce on them which kind of made them a bit soggy. But, we did enjoy it!

We each had a milkshake like we'd said we would. Amy went for chocolate peanut butter and I went for cookies n cream. Last time I had a vanilla one but the fact that vegan milk is often already sweetened meant it was just too sweet for me. The cookies and cream one was better, less sweet and made with Oreos (which are vegan), until about the last centimetre which kind of tasted like it had curdled.

This sounds like I'm dissing the food and I'm really not - I think it's great there's vegan restaurants like this. I would totally go again and try other things on their menu.

After food we moved the car to nearer the theatre and parked, then called into Paperchase on the way to the theatre. There was a huge sale on so I managed to get four writing sets for under £10! I love Paperchase.

We went into the theatre and got a drink. It's an amazing building - it's an old building a lot like the Corn Exchange in Leeds, but then there's a spaceship shape of theatre plonked into the middle of it. So weird, but really nice! We went up to our seats, which afforded us a good view from the top. The theatre is in the round, which I really like.

We were seeing Queens of the Coal Age which is by Maxine Peake and which is about Women Against Pit Closures and how they barricaded themselves into a mine to protest its closure. It's a really small main cast and it's very moving, I really enjoyed it. I even cried! I'm from a mining community myself (and now live in an ex miner's house) so it's definitely something close to my heart.

I had such a lovely day hanging out with Amy - we'll have to make plans to do it again soon! 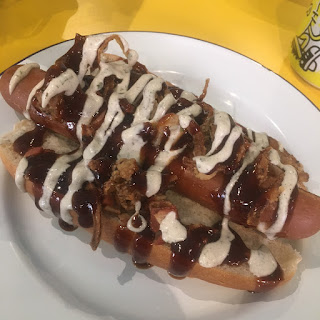 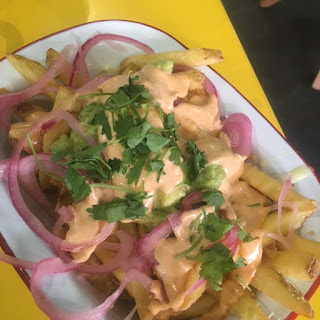 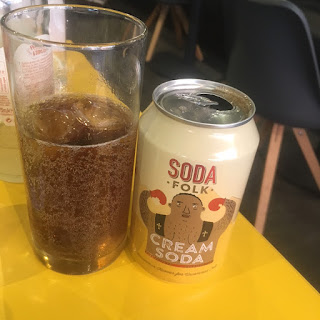 Cream soda - it was so good 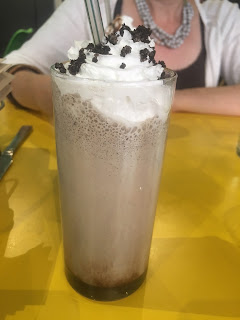 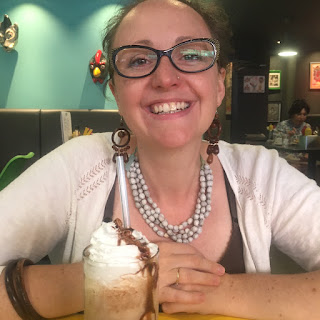 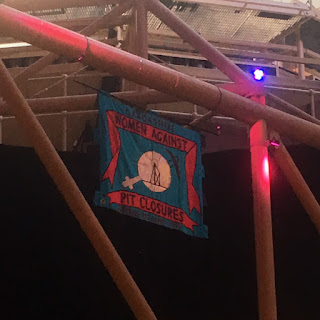 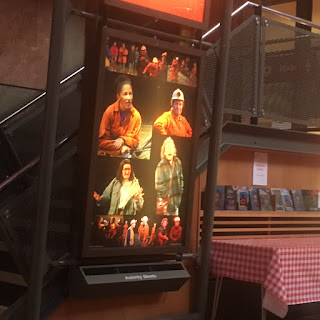 The advert for the play 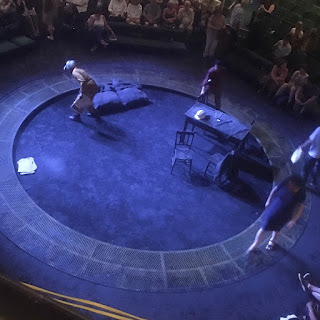 And looking down upon the stage