Visit to Spa19877 in Sheffield

When I was researching spas to buy my mum gift vouchers for, for her 60th, I came across Spa1877 in Sheffield. It is a Turkish baths, like the one in Harrogate which I've been to a couple of times, so I knew my mum wouldn't like it, but I knew Sam would. We've enjoyed the Harrogate baths the twice we've been, so I suggested that I buy her the taster experience for her birthday, and we set a date in July to go.

The taster experience is £30 each and it lasts for three hours. This is slightly more expensive than the Harrogate baths, but you do get more for your money. In all, Sam and I both felt that we preferred some of the bits of Harrogate baths but we liked Sheffield more as a better experience overall, if that makes sense.

We arrived just before 11 and had to fill in a medical questionaire. Then we were given a basket containing flipflops, a robe, and a locker key. We were shown upstairs to the changing rooms. We got changed into our costumes and I was pleasantly surprised to find that although the robe didn't fit me fully, it fitted me enough to feel comfortable to wear. We went back downstairs to the Relaxation Room. This was pleasantly warm, but not hot, and there were cold drinks and fruit to eat.

We were shown round the spa. The main area is the hammam, which is gently hot. It has lots of benches to sit on and it's quite dark, although I still managed to read. There's lots of little towels for you to take if you want to sit on them or use them to dry yourself off.

Then there's a sauna, which was way too hot for me, and I don't like dry heat, so I didn't go in it. There's a little room with a shower in that has a hot setting, a cold setting, and a rainforest mist (which was lovely!). There's the first steam room, around 45 degrees, which is quite aggressively steamy. There's an ice cave, which has crushed ice for you to rub over your body. Then there's the hotter steam room, which isn't quite as steamy and which varies in temperature. I found it okay near the door, but Sam, who likes the very hottest part of Harrogate baths, ventured all the way in.

Then of course there's the plunge pool. In Harrogate, the plunge pool is quite a few metres long and you get in and swim to the end and back, but you never quite get used to it. In Sheffield, the pool is only a few steps down and about a metre square at the end, and you just sort of have to dunk yourself. I liked it a lot better. You think you won't be able to do the cold plunge, but honestly it is definitely worth it because your circulation goes crazy and the endorphin rush is brilliant.

We did a few circuits, getting hot and hotter and then plunging into the cold, and then we had a break in the relaxation room. We got free hot drinks and there were lots to choose from. I had a hot chocolate which was really nice. There were quite a few people there but it didn't feel full even though it's quite small.

We stayed until 2pm, and then we went upstairs to have a shower. There's just two, but they're really lovely. I feel like we really got our money's worth and I would definitely go again.

We headed up the street to West Street and had Chinese food which was cheap and delicious so why complain! 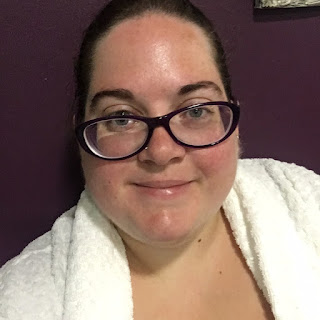 Me just before we went downstairs into the spa 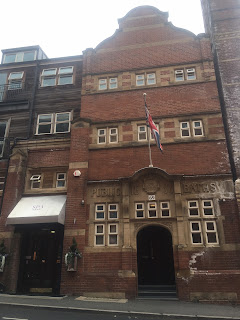 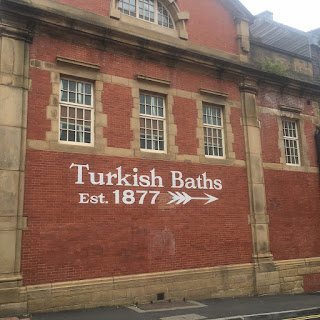 And the sign on the end of the street to direct you to the right place!