Visit from my friend Jeni

My friend Jeni was over visiting in the middle of November, from Texas. I met her over ten years ago through the Libertines, and she's visited me twice before, in 2009 and 2010. She's had a difficult year, but when she said she was going to come over to the UK and wanted to see me, I jumped at the chance.

A mutual friend of ours, Rachael, was able to get cheap train tickets to Leeds so we decided we would all meet there for lunch and chat. In the event, because of Northern Rail strikes, it took Rachael AGES to get home, but it was really lovely to see her and I'm glad she spent the day with Jeni and me.

In the morning, Lee and I went to a craft fair at a local church, which I'd heard about through my craft club. We spent loads! We got loads of presents and had coffee and some cake, I'm really glad I made the effort to support it even though it made it a really long day for me. Then Lee took me to Leeds and I waited for Rachael and Jeni to arrive.

Jeni has mobility problems so I didn't want to go too far for lunch, but the Wetherspoons was heaving, so we decided to go into the Queens hotel which is right at the front of the station. I've never been in there before, but I'd really like to go back as the food was excellent and they do what sounds like a fantastic afternoon tea. We each had brunch and some drinks.

Lee came to pick us up and then Jeni and I relaxed for the rest of the night :)

Here's the photos from Saturday: 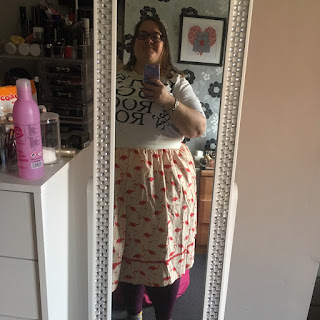 I was wearing my flamingo skirt and pets, hugs and rock n roll top 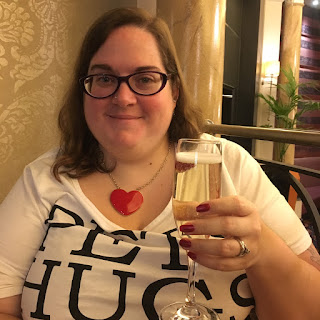 I also had a glass of prosecco with lunch 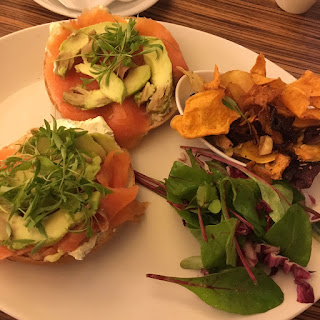 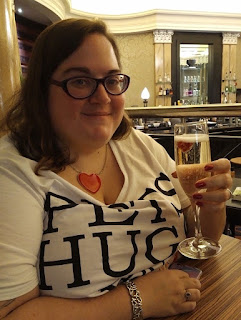 Rachael took this one 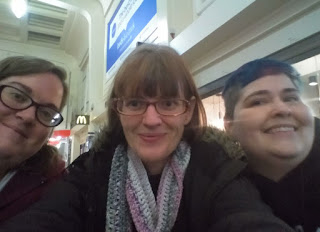 And she also took this one back in the station!

On Sunday, Lee and Jeni and I went to Helmsley in North Yorkshire. I've been loads of times, you might remember from when I've blogged about it before as it's one of my favourite places on earth. It's also quite small and not too difficult to walk around, so I thought it would be good for Jeni. We arrived just as the Remembrance Sunday parade was happening, but we still managed to get parked. We had lunch first of all in the Royal Oak Hotel, each of us going for Sunday lunch which turned out to be yummy. I can sometimes take or leave a Sunday dinner, but I enjoyed this one.

Then we walked round all the little shops, buying a few little things. Jeni was choosing gifts to take back to the US with her, and I picked up some Secret Santa presents and a couple of books.

We went into Crema, the little cafe that I love, and had hot drinks and cake. Then we drove down to Rievaulx Abbey so Jeni could see it. On the way back to ours we called in to see my mum as she met Jeni last time she was over, and Jeni met my stepdad. Then Lee made Yorkshire puddings and mashed potato for tea which was perfect! 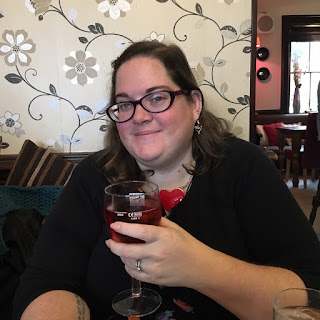 Drinking wine in the pub 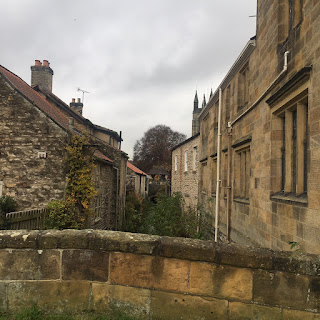 I love this little bridge in Helmsley that looks down into the beck. 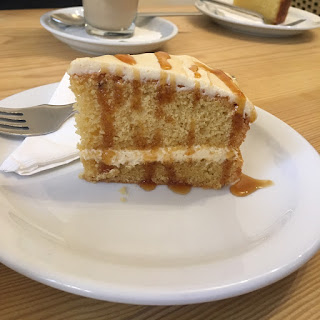 On Monday morning Jeni and I went to my craft club. She crochets (she actually made me a gorgeous scarf) so I knew she'd fit in well, and people were very friendly to her. After that we went to Taco Bell in Barnsley for lunch - being from Texas she wanted to see what it was like here. Then we went into the shopping centre as I needed some bits and Jeni wanted some more presents to take home.

On Monday night we went to Huddersfield to meet Sam at a restaurant called the Gurkha Sizzler. We'd not been before, and Jeni wanted some curry, so we went. It's small but really nice, the dishes were quite interesting and different to some curry houses. It was thoroughly lovely to see Jeni and I was really sorry to say bye to her on Tuesday morning!
Posted by Rebecca at Tuesday, December 25, 2018