What I Wore October 7th

Lee and I went to Sheffield on October 7th to hang around with Bettie and Jen as we'd not seen them in a while. We went to their house to begin with and ate sausage sandwiches. Then we went out to Rassan's, the dessert restaurant, which is what we did with them last time but it's really nice there and I like it.

I pulled out this mint green flocked dress from Lovedrobe, I don't wear it often because it feels quite short on me, but I decided that with thick leggings it would be fine. The weather had dropped cool so I put my long leggings on, and then my ankle boots. I love these boots, I got them last winter and didn't wear them much so I'm looking forward to wearing them lots this winter. I even put socks on even though I don't wear socks, because they make the boots more comfortable. I've also decided I need to wear some of my pin badges more often, now they're all nicely in their little board ready, so I chose the mint green one to put on my cardigan.

At Rassan's I had ice Vimto, which was unusual but delicious, and hot cookie dough, which I really like and often choose! 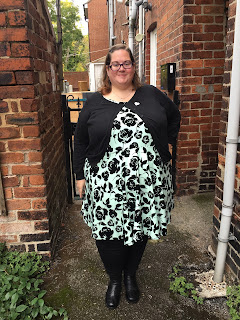 Mint green and flocked dress, black leggings, boots, and cardigan. I don't think the dress looks too short, but it does feel it 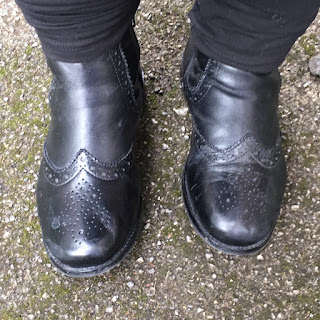 Close up of the boots. They've got an elastic gusset on the outsides and zips on the inside. 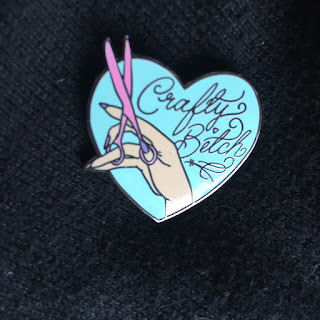 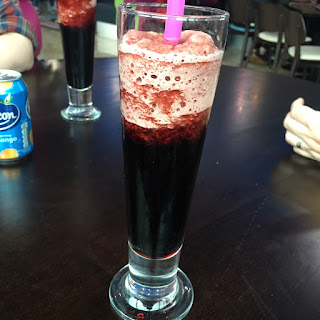 Icy Vimto. Jen had it too 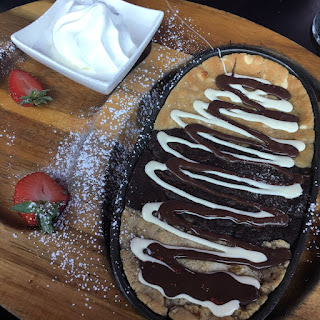 Email ThisBlogThis!Share to TwitterShare to FacebookShare to Pinterest
Labels: friends, george at asda, lovedrobe, pavers, yours