In the middle of October I went away for the weekend with my BFFs Sam and Jac. It was for Jac's birthday and she didn't know where we were going, which has become a bit of a tradition (we went to Leicester for my birthday in February, and to Lytham for Sam's birthday last year). We think we'll do it again next year because it's fun to plan a surprise for someone!

I had looked all over but eventually went for the Mercure Hotel near Chester - it's actually nearer Ellesmore Port really. I hadn't even thought to look at reviews, but Sam did a couple of days before we set off, and they weren't great. It looks like Mercure has just taken over the hotel and is refurbishing it in bits. Our room wasn't bad, but it needed some work. But, it was fine, the three of us were together ready for an adventure :)

We set off from Huddersfield about 1.30pm and checked in around 3pm. The hotel has a pool so we headed there for a while. The pool needed some work but it was warm and big enough for a nice swim, so we stayed about 90 minutes. Then we had showers and chilled out for a bit before heading to the hotel restaurant for food.

The food was alright, but the restaurant needed work too. It was fine, we had wine so didn't complain. We had starters and mains and then had cupcakes back in the room while watching TV and playing a stupid game.

I couldn't sleep that night so ended up reading most of the night. The beds each had a little light though so that was useful, I didn't keep everyone else awake.

In the morning, we googled to find somewhere for brunch and landed upon the Mouse at Brimstage. It was absolutely gorgeous! The whole place is really cute, it's got a few shops and the restaurant. We had brunch; I had a sausage, hash brown, and cheese wrap which was delicious.

Then we drove around the Wirral peninsula, to look at the sea. We stopped in West Kirby for an ice cream. The weather was gorgeous - warm and fresh - so we sat by the sea and the manmade lake for a bit making the best of it. I'm really glad we did this - we didn't have anywhere to be for a certain time so could just meander.

After a bit we set off to Spaceport in Birkenhead. It's a museum, there's stuff all about the solar system and space on the bottom floor, and upstairs there are different exhibitions. While we were there it happened to be Star Wars stuff which was great because we all like Star Wars. I'd recommend the museum, especially if you have children. It's not too expensive and it is fun. I was expecting it would be really busy, but there was only really us, a couple of families, and a pack of Brownies! Haha.

After the museum we went back to the hotel. Sam went swimming but Jacqui and I both napped. Then we all got ready and went out to Saffron, an Indian restaurant quite near by. The food was delicious and we shared a bottle of champagne, but the restaurant was really empty which was a shame. I'd recommend it!

I'll share what we did on Sunday in my next post, because this is already really photo heavy! 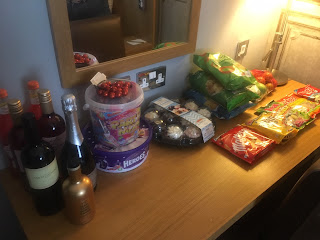 Snacks and alcohol and cupcakes 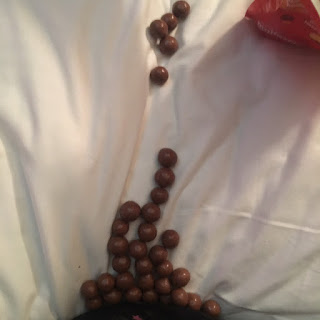 We had a Malteser's mishap, oops 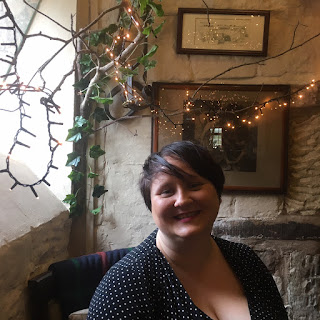 Saturday in the Mouse, lovely Jac 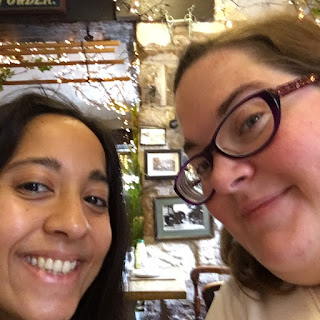 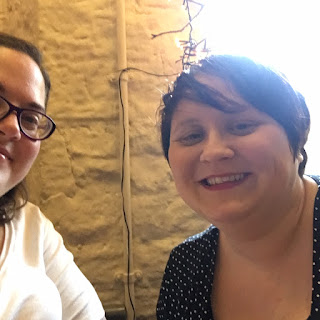 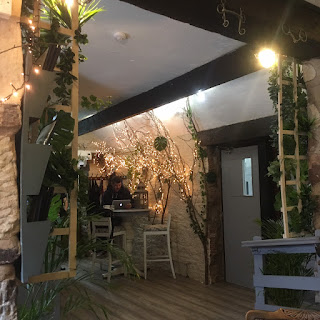 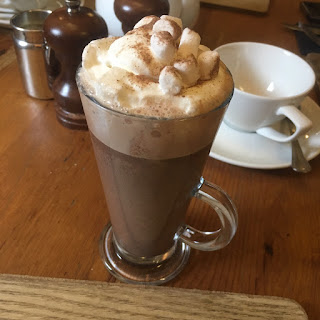 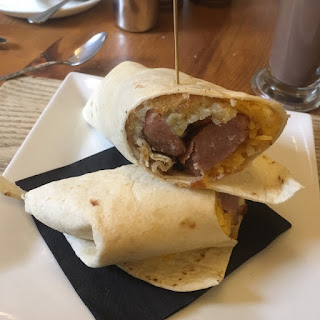 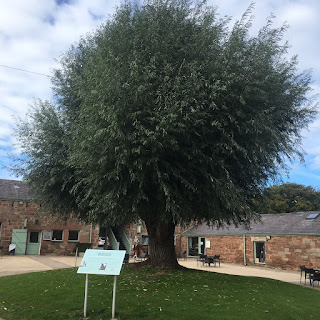 Brimstage has a really interesting history - it seems no one knows for whom the hall was built. I thought it was a really nice place 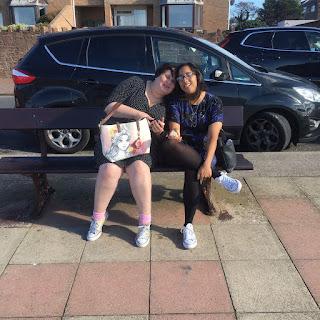 Jac and Sam on the prom at West Kirby 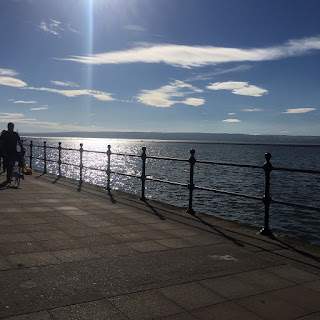 The sun was shining brightly and you can see Welsh hills in the background! 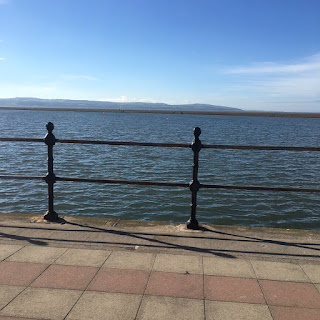 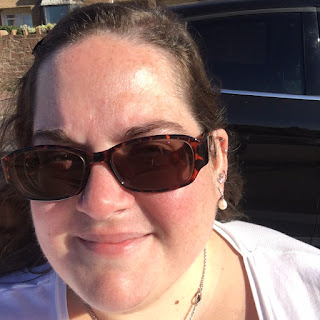 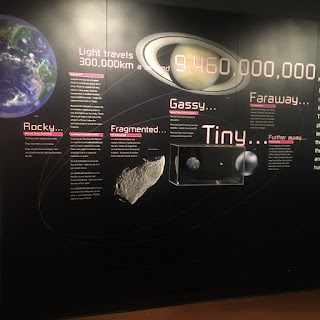 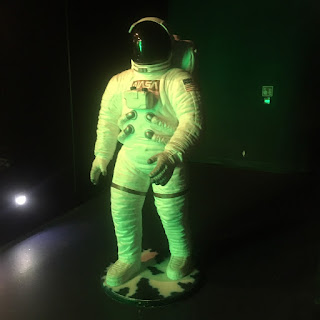 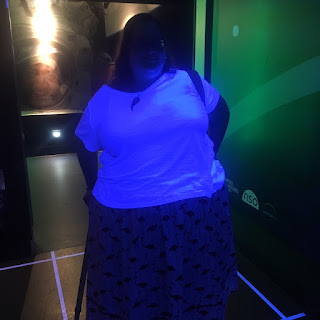 I was glowing under the blacklight! 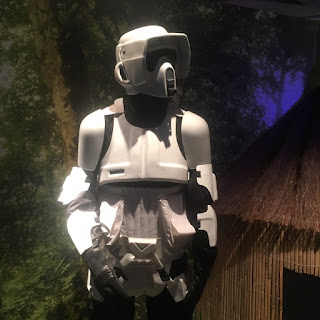 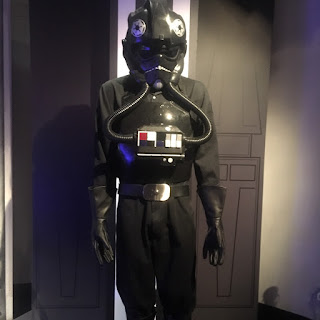 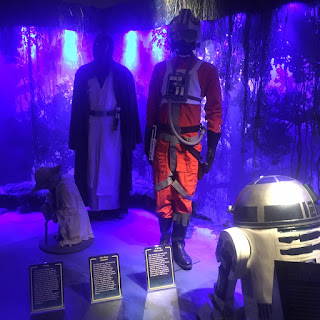 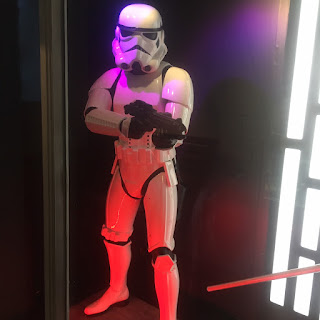 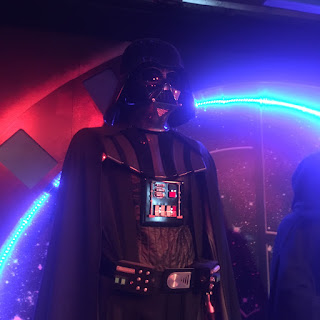 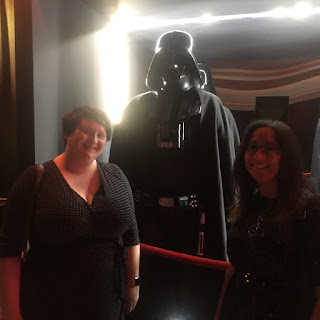 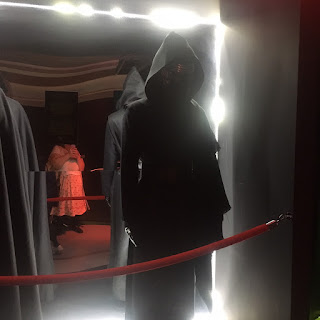 This is Kylo Ren, it's hard to tell 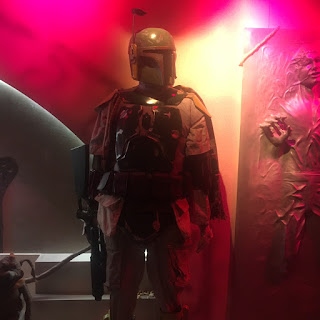 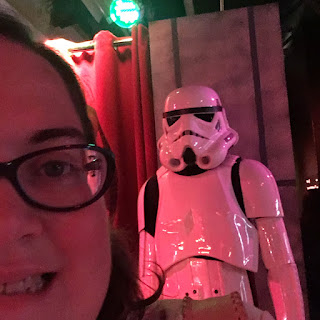 I turned my back on the Stormtrooper to take this photo which took a lot for me to do because I'm quite scared of masked things and I'd have died of fright if he'd moved... 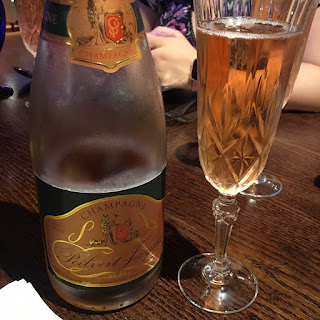 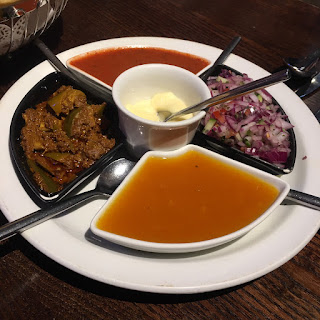 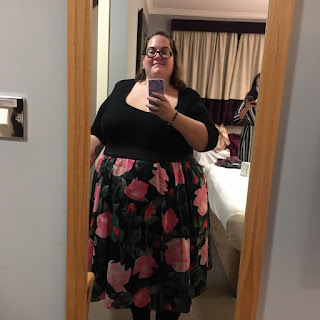 And finally, here's what I wore - a Scarlett & Jo two in one dress. It's black and has a sweetheart neckline, I don't feel like I've worn it in ages even though I really like it. Also it has pockets!
Posted by Rebecca at Thursday, December 06, 2018