Afternoon Out in Huddersfield

At the beginning of October I had arranged to meet up with Sam and Steph and Sarah in Huddersfield. We fancied lunch and a few drinks so chose the 6th to meet up. Sarah got the train from Sheffield and I got on it in my village, meaning we had chance for a chat before we arrived in Huddersfield.

We went to Siam Square, a Thai restaurant near the station. Sam's been before but the rest of us hadn't. They have a two course set menu which looked okay, but I think we all went for two courses off the main menu.

I had miang tofu, which was deep fried tofu with coconut and chilli and peanuts and a yummy sauce, it was really nice and I would eat it again. Then I went for vegetable cashew nut curry which was so good, it tasted a lot like satay which I've really missed since I stopped eating meat. I had it with jasmine rice. Everyone else seemed to like their food too, I would go again and take Lee.

After Siam Square we walked along to Zephyr, where we've been before. They do really nice quite obscure cocktails. But it was shut! We were outraged. Vox, a couple of doors along, doesn't open until later. So we went to the Cherry Tree, Huddersfield's Wetherspoons, instead.

It was quite busy but we found a table downstairs and had quite a few drinks. It was a really fun afternoon - we've already said we'll do it again soon! 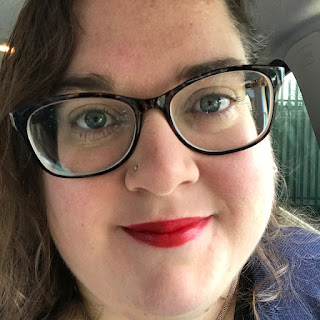 I put some make up on for once, including the lipstick I wore for the vow renewal. It's by Lancome and I love the colour and the way it feels 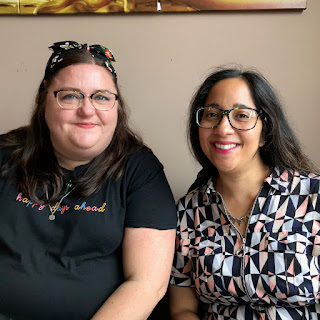 Steph and Sam in the restaurant 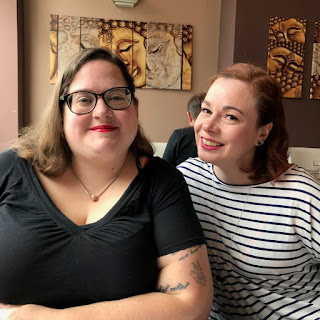 Me and Sarah. Sarah and I met ten years ago at an Open University tutorial and I'm so glad the universe put her in my life at that point. She's one of my favourite people on earth 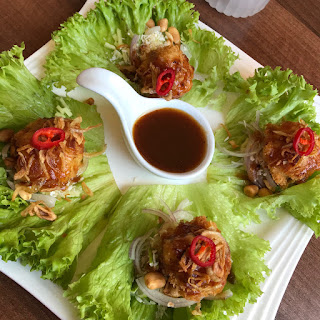 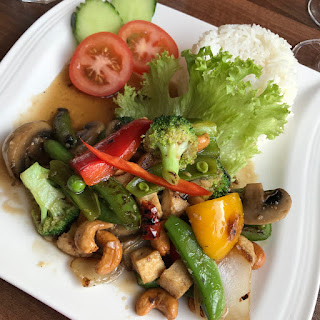 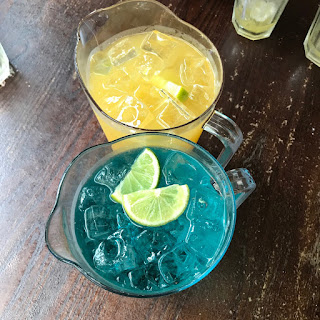 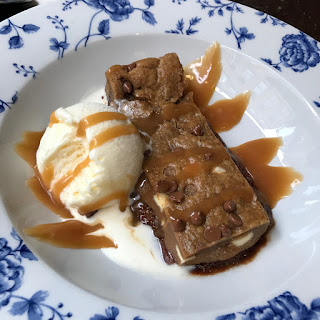 We had dessert in the pub, this was a cookie dough sandwich and for £3.40 it was extremely acceptable! 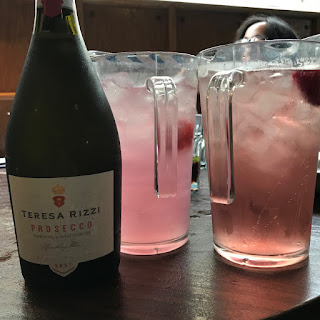 That middle cocktail is a bubblegin and it's soooo nice. It's gin, which I don't like, but the bubblegum flavour covers it up nicely 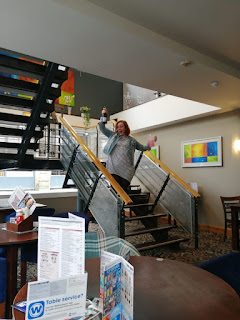 And here's Sarah bringing the party!