Towards the end of September I went across to Manchester to see my friend Amy. She is one of my oldest friends - we met at 6th form college - and I love spending time with her. She's on maternity leave at the moment so I've been over a couple of times to see her and D. She is vegan and is up to date on where is good to eat in Manchester, so we decided to go to Lily's in Ashton-under-Lyne to try out their new vegan Indian afternoon tea.

I went to Amy's first and we had a cuppa before setting off. Amy drove us over to Ashton, to Lily's. It's a completely vegetarian Indian restaurant, and the menu looks really good and has plenty of vegan options too. They have recently started a vegan afternoon tea which we had booked in for. It was two for £25 and as you can see from the photos there was plenty of food.

I went for peppermint tea - I don't like tea very much but I will drink peppermint as I like the minty top note before the tea itself hits. I also ordered a mango lassi which was really yummy and sweet.

The afternoon tea arrived, served very elegantly on a three tier tray. We started from the top down. The top layer had a samosa, a spring roll, a little bit of wrap, and a thing shaped like a wonton but it had curry inside it. There were chutneys and so on too.

The middle layer had sandwiches! There was a tofu wrap which was really yummy. There was a cucumber sandwich with a spicy green chutney in it - which D really liked although Amy wasn't keen! There was some rice in a cone wrap, and some mini onion puffs. I liked all of this layer.

Then the sweets! There was some sweet stuff in a little shot glass that tasted a bit like carrot cake, a biscuit, the little cylindrical thing that turned out to be made of cashew, and a chocolate and orange rice bomb. They were all new tastes to me, but I really liked them.

The restaurant also has a deli so Amy and I both bought a few things. I got onion bhajis and samosas for me and Lee which turned out to be excellent, and some chevdo which was really nice too. I will definitely be going back there!

We went back to Amy's house and then did some art together! I've been making an effort to do some painting, because even though I'm not very good at it I enjoy it, and I thought it would be nice to do a collaborative piece with Amy. She did art at university and she's very good. I had bought some canvasses in the Range, they weren't very expensive. We just kind of went for it - doing half each and then turning the canvas around. While we were doing it I felt like Amy's side looked "better" than mine, but the day after I can't tell who did what and both canvasses are beautiful. Amy really enjoyed just sitting and painting as she's not had much chance to do it since D was born. It is definitely something we'll do again in the future!

I set off back after 7pm and had a bit of a nightmare journey home because Woodhead Pass was closed, but it wasn't obvious until you actually got there. I ended up having to come on Snake Pass and then coming over Strines Moor which was very dark and absolutely terrifying by myself. But it was a lovely day, I enjoyed myself! 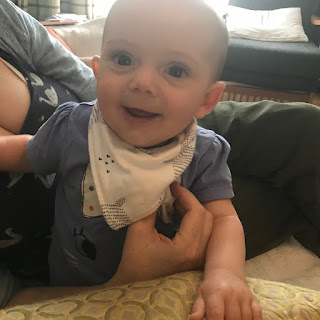 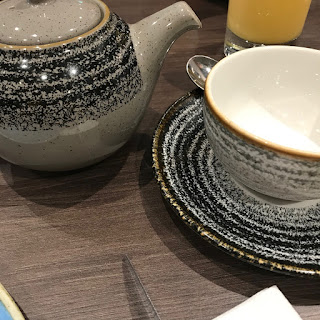 I loved this crockery 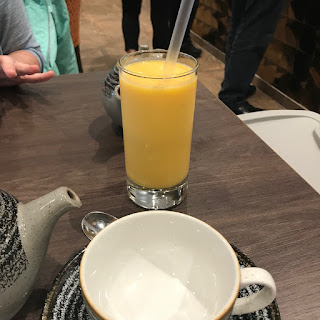 And I do of course love a mango lassi 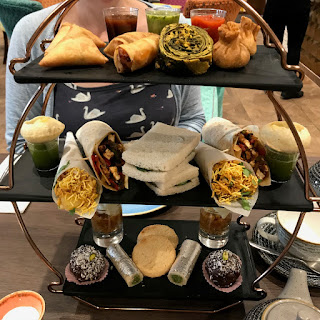 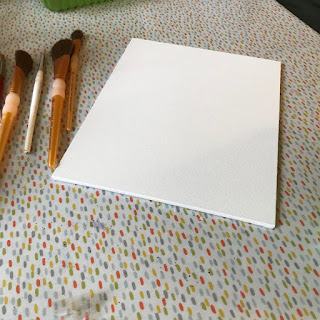 About ready to start painting! 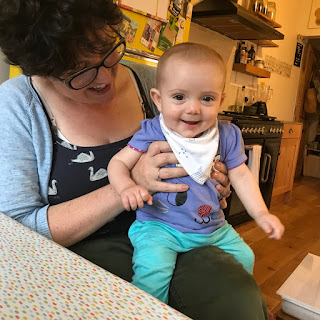 And finally another smile!