To start off with, I have managed to get my Etsy store updated with all my zines in it. If you would like to buy any, this is my store.

October was time for Lincoln Zine Fest again! We went the first two years but were on holiday last year and couldn't make it, so I was glad we could go this year. We set off early, bought snacks, and got to Lincoln just after 10pm. It was held this year in an arts space called Mansions of the Future. The room was small but Lou had managed to fit in loads of zinesters, and there were loads of visitors throughout the day.

We sold quite a few zines and traded a few too. I sat cross stitching for most of the day. Lee went round to New Look to take a parcel back for me, and brought lunch back. I was chatting to Bettie and Jen and Miriam and Janet and Lou, among some others. We packed up at 4pm and said bye to everyone.

Lee and I went into the centre to go to Flying Tiger, where I bought many fun things including a rainbow tote bag. We popped into Waterstones, where I had a gift card to spend, but I ended up only buying one book (very unlike me!). Then we went round to the waterfront where there's a bunch of restaurants. I'd asked Lou where was best to eat and she'd mentioned here. She said there was a Wagamama so we went in there. We got in just before hordes of people came in, meaning we got seated pretty quickly.

Lee decided to have chicken skewers and then chilli chicken ramen. Since I went vegetarian he rarely eats chicken. He often has tuna for lunch and sometimes if we have different things for tea he'll buy himself a chicken ready meal, but by and large he eats vegetarian like I do. So often when we go out he likes to have chicken.

I got bang bang cauliflower which I've had before and which is really spicy and sticky cauliflower, I love it. I went for the avant gard'n main dish which is teriyaki seitan with brown rice, stir fried greens, stir fried mushrooms, edamame beans, a vegan "egg", and salad. I liked it - the seitan was really good and sticky, and the rice was great - but it wasn't the best dish I've ever had there and I wouldn't get it again. We also ordered some vegetarian steamed buns which had aubergine and mushroom and were really nice.

After we'd eaten we set off home and got back around 8pm, so we had a bit of time then to chill out before an early night! 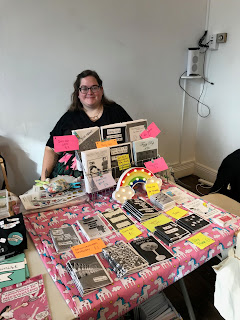 My stall at the zine fest. I was only selling my own zines this time, except for the Buffy one that Cath and Laura wrote 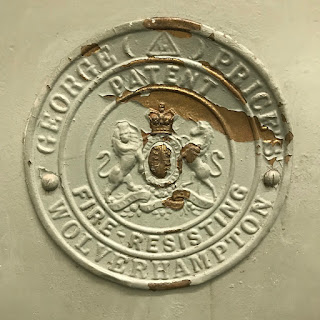 This seal was on a huge heavy fire door going into a pantry, isn't it fabulous? 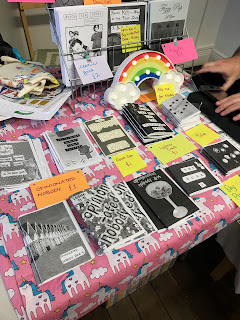 Close up of my zines 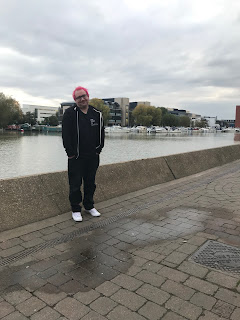 Lee down by the waterfront 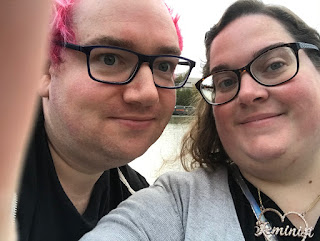 I took this of us but managed to get my finger in it, whoops 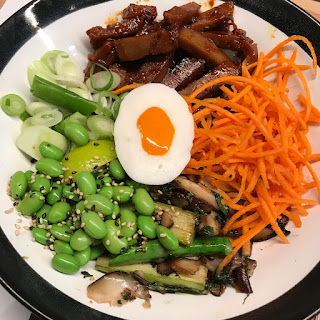 My food. The egg was a strange texture, like a white foam almost - like one of those shower jellies from Lush! 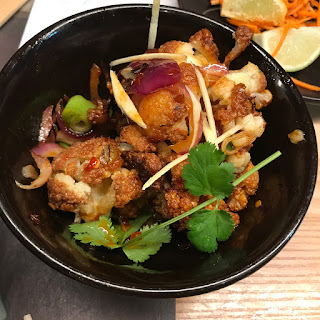 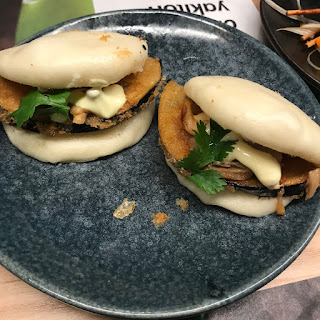 And the steamed buns!