Lunch Out with Chloe

In the middle of October I went to Zizzi in Birstall to meet Chloe. We often meet up for lunch and seem ot take it in turns to go closer to her or closer to me. It was my turn to go to her and she suggested Zizzi near Ikea. I haven't been to Zizzi in ages and I've seen that they have loads of vegetarian and vegan options on the menu, so I agreed and was looking forward to it.

I set off on the motorway and there was a crash, so I got off Junction 40 near Dewsbury and decided to make my way over the back roads. It took a bit of doing because I couldn't quite remember how to get there. I think I did it on instinct although I did also ring my mum for reassurance! It's my stepdad's part of the world and she had me on speakerphone so they were both really helpful in getting me on the right road. Do you ever drive completely on instinct, where you know where you're going when you get there, but you utterly couldn't tell anyone else the way?

Anyway I got there, met Chloe, went inside. I had a glass of Prosecco because I just felt like celebrating it being Friday. I'd had a bit of a bad week and was really happy to be meeting a friend and especially Chloe because she's on the same wavelength for a lot of things. We both went for arincini to start with, which were really nice, and then the same pizza too, with goats cheese and caramelised onion and pine nuts on it. It was nice!

We had coffees afterwards and eventually said goodbye. It was lovely.

I was wearing this Scarlett & Jo dress, I got it from Lolly last year I think? I don't wear it often but I should because I love the colour. I put this grey cardigan on over the top because of the rain. I've been wearing it quite a lot and it's a really comfortable and cosy cardigan. It's so soft too! 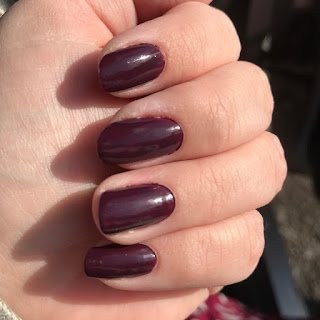 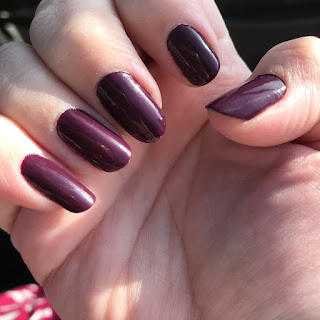 My nails were Designated DJ by Essie. I bought a bunch of nail polishes recently on eBay and I loved this colour 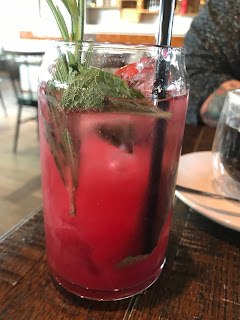 Raspberry and mint cooler, it was really refreshing and I liked it 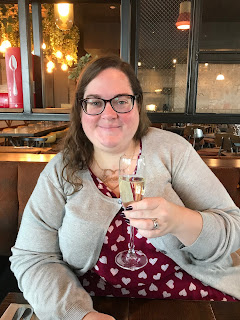 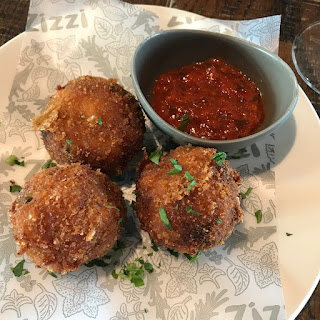 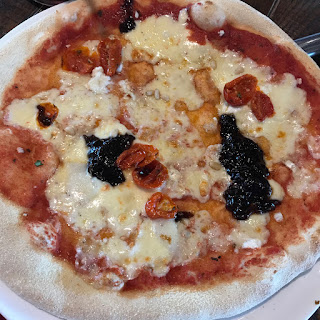 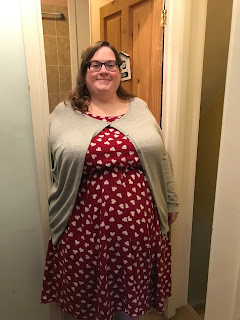 My outfit! I love the length of this dress on me

Email ThisBlogThis!Share to TwitterShare to FacebookShare to Pinterest
Labels: friends, lunch, scarlett and jo, simply be