Evening Out with Friends

In the middle of October we had a teatime date with my friends Gillian and Amy and their husbands Tom and Mike and their babies, toddler Lily and baby Daisy, who has recently gained two teeth. We haven't all got together in ages and wanted to chat, so we decided to go to Lily's vegetarian restaurant in Ashton-under-Lyne.

It's the same place Amy and I went a couple of weeks before this, for the vegan afternoon tea. We were hoping to get that again, but they don't do it at the weekends, so we decided to go anyway and eat off the regular menu.

Lee and I arrived first and sat looking at the menu while waiting for the others. To be honest it was slightly overwhelming that I could eat absolutely anything on the menu - there was just too much choice! I didn't know whether to go for a dosa (which I love) or something else. I could have honestly eaten just every single one of the starters, too.

Everyone arrived and we ordered poppadums and pickle trays to start with, which were nice. Then I went for paneer pakora to start with, and aloo gobi for my mains, with onion rice (which Amy ordered and I thought, ooh that sounds good). Lee ordered some kind of battered potato to start with, then a potato dosa with masala chips. Lots of potato! Fortunately he likes potatoes.

The food came all at nearly the same time, which was good. There were so many of my paneer pakora, they were small and really good. Lily was trying everything so I shared some of that with her. My aloo gobi was really delicious too, with quite a bit of heat to it. I had a mango lassi which was SO good. Amy had a vegan one which I also tried - it was pretty good too. It tasted more like a mango smoothie.

It was such good food. We chatted for a while afterwards, deciding to not have any desserts. It was so nice to catch up with people that I don't see very often but have known so long (GIllian and Amy and I went to 6th form college together from 2000-2002). I did my thing of taking photos round the table - I'm lucky everyone humours me!

Afterwards Lee and I bought bhajis in the deli and then drove home. It was a really lovely evening and we're planning to do it again soon! 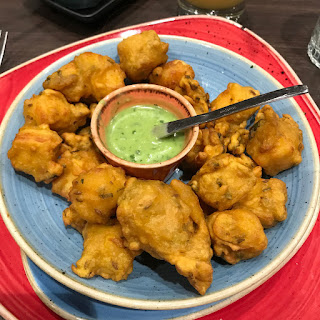 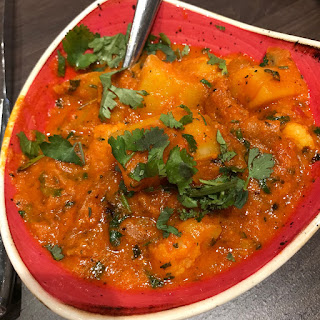 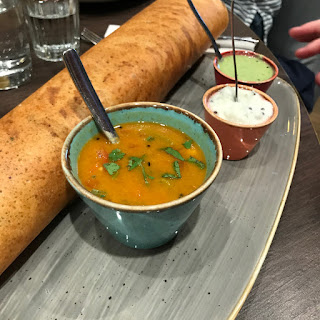 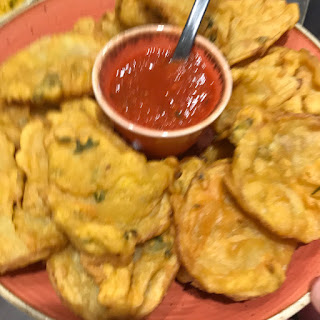 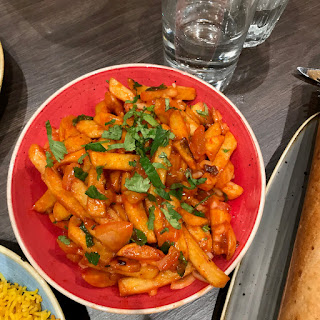 His chips - they were really yummy 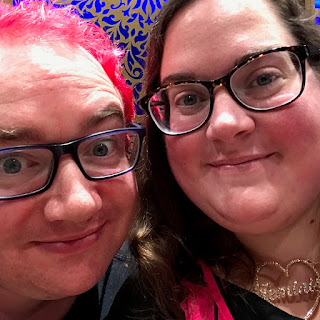 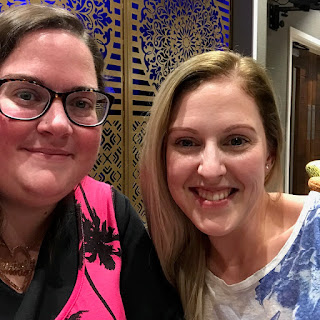 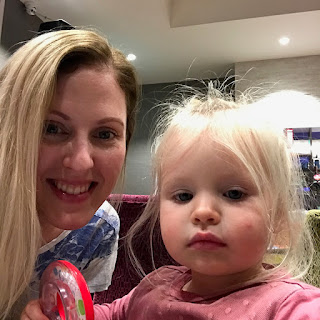 Gillian and the adorable Lily 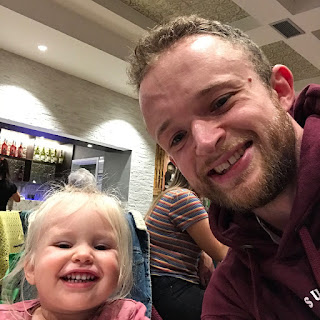 Lily and her daddy 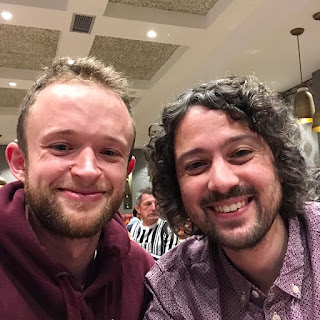 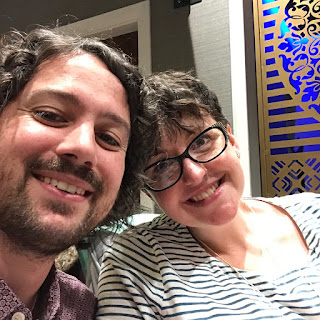 Mike and Amy (not seen, Daisy asleep on her mum's knee) 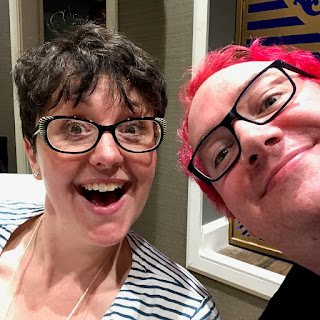 And finally, Amy and Lee, aren't they both gorgeous?!