My friend Philippa and I meet up every couple of months for lunch, and over the past few years we've been to quite a lot of places. We usually stay around Sheffield but try different places. Last time we went to Bungalows and Bears on Division Street and while we were there I noticed that Pie Minister was opening up soon across the road. I've been to the ones in Manchester and in Leeds and I really like the food, so I suggested it to Philippa. She hadn't been, but she went the week before we met with someone else and had really enjoyed it.

If you've never been, they do pies and a whole range of sides. I guess they have about twelve choices of pies, and half of them are either vegetarian or vegan, which is a really good ratio! I usually choose the saag pie-neer as I really like the curry flavours and I love paneer, but I decided to try something else this time. However, I didn't like it as much as the paneer one, so I'll go back to that next time!

I had sides of mac n cheese, which I love (I'm not a big fan of mash unless it's homemade by me) and coleslaw, which was really nice. Each pie comes with a generous serving of gravy and the food has a real homecooked feel to it. It's not too expensive either!

We both decided to have a dessert. They do a bunch of ice cream sundaes, and two hot puddings. We both had chocolate pudding, and it was really nice! I was glad I'd gone for that.

We sat for quite a while after we'd finished eating and the staff said we were welcome to take our time as it really wasn't busy. I appreciate service like that, it was nice of them to say that. Philippa and I both work from home so getting out and about is really important! 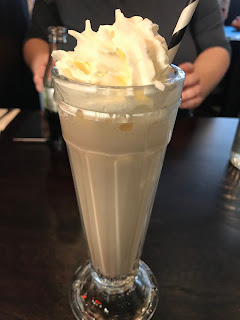 I got a vanilla milkshake and I have to say it wasn't the best one I've ever had, so I probably wouldn't get it again 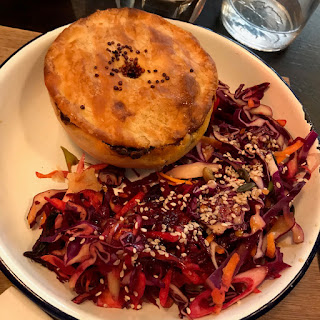 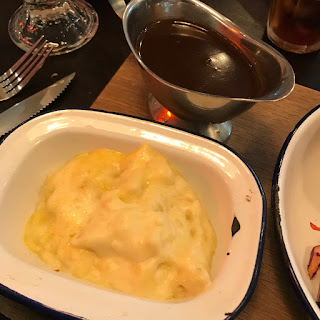 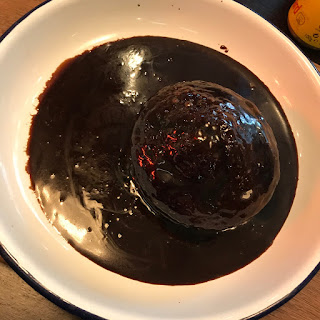 And finally, chocolate pudding and sauce! It was so good!