Day out in Sheffield

At the beginning of February I had plans with two friends in Sheffield, so I set off around ten thirty because I had an errand to run on the way. I'd got dressed and put some make up on, which isn't something I always do, but I went with an uber bright lipstick and a neutral eye. It was freezing out, even though it was really sunny, which fooled me because I didn't bother to put my coat on when I got out of the car!

I drove down to Meersbrook to meet my friend Pippa for lunch. We went to Make No Bones, which is a vegan restaurant that also has gluten free options. Pippa's been before but I never have, so we had made plans to meet up. It's forever since we saw each other so it was really lovely to catch up. All the food is freshly cooked and served by enthusiastic and friendly staff. The menu was really varied and I honestly would have liked to try most of the dishes. I'll have to go back I guess! I went for mushroom arancini because arancini are one of my favourite things ever, and for poutine, because I've never tried it and I wanted to. Both were really good - salty, fresh, and yummy.

I would have liked to try a dessert but I knew I was meeting Laura so didn't have one. Next time, though! Pippa and I had some really good conversations and we really will have to get together again soon.

We said goodbye just before 3pm and I drove to Meadowhall. It wasn't too busy when I arrived so I parked really close and went in by Paperchase. Laura and I had planned to go to the new Godiva cafe in the Oasis - well, it's really just on the outside of it. It's new, it used to be two shops, but now there's plenty of tables as well as a big counter. They have sandwiches, and breakfast food, and chocolate fondue, and chocolate afternoon tea, as well as lots of different types of hot chocolate and cakes! Laura had been before, but I hadn't. I'll definitely go again though - I know my mum wants to go!

Laura and I spent ages chatting, which again was lovely. The cafe was pretty busy which was good, but we didn't feel like we were being rushed out of there. I would like to go back for lunch sometime soon.

I did of course takes photos: 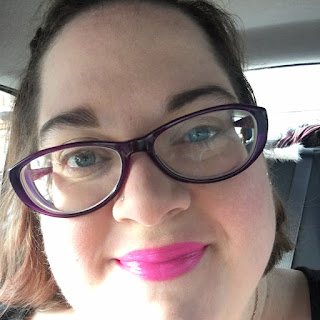 My face! Foundation is from the Body Shop, lipstick is from Barry M 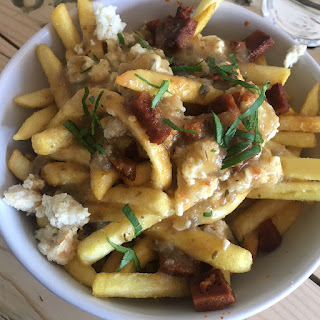 Poutine! What this photo doesn't show is all the delicious gravy underneath 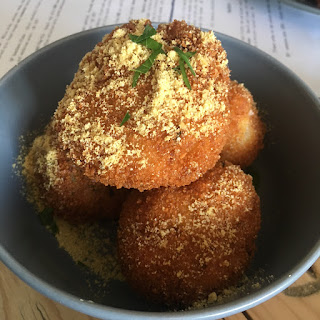 Arancini - they were crispy and stodgy and amazing 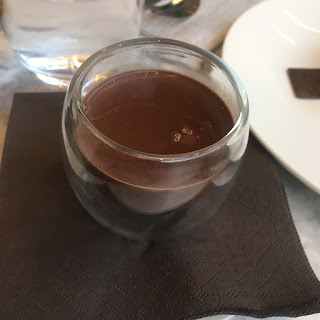 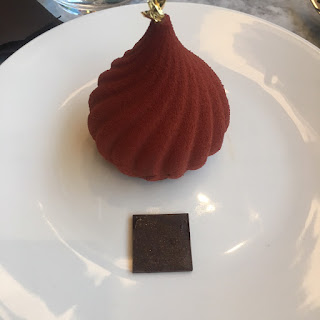 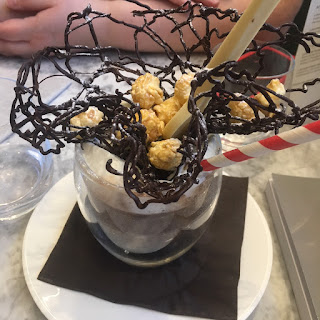