What I Wore February 17th

You've seen a lot of photos previously from the 17th of February because I joined in with Photo An Hour, but as I said in that post, Lee and I popped out for tea so this is what I wore to go out.

We had talked about going to the cinema to see Black Panther, but I had a really busy couple of weeks coming up so I didn't want to go out for too long. So we decided to just go to the pub at the top of our village. It's a chain one but it's a pretty decent standard of food, plus they do homemade chips that are like chip shop chips and are really nice. Plus it's cheap! We decided to go early, so got there about 6pm, although the place was already really busy!

I usually go for a hotdog or a burger but I was in the mood for something different, so I went for these chicken kebabs, with chips and pitta bread and yoghurt dressing. It was really yummy so I would get it again! Oh, we also had a cheesy garlic pizza bread to start with, which was nice too.

I wore my oldest Scarlett & Jo dress which I don't feel like I've worn in ages, it is still one of my favourites and I love the pattern on the dress. It's held up better than some of my other S&J stuff too, I've found a few of their bits have gone bobbly when I haven't even worn them that much. This one hasn't, though! 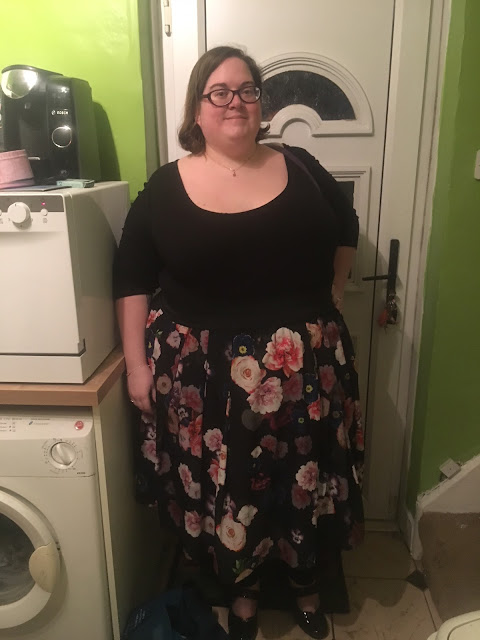 I love the faded look of the flowers, so gorgeous 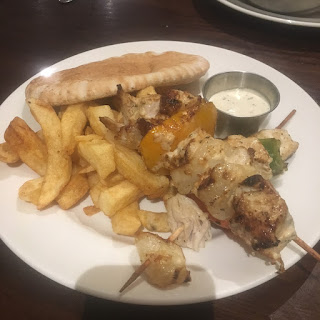