At the end of February I went to Leicester with my friends Sam, Jacqui, and Von. It was for my birthday although a little bit delayed, and they had planned it without telling me where we were going. On the Friday night I had stayed at Jacqui's just hanging out, so we set off early on Saturday morning and picked Sam up at Pontefract Monkhill station. Then we set off down south, and got to Leicester about 11.30. Von had had to get a replacement bus from St Pancras but she was there too, so we got her at the station and then went to Highcross, Leicester's big new shopping centre.

We parked and decided to go to Turtle Bay for lunch. I had shrimp and mango curry which was really yummy. We wandered round the shopping centre for a bit waiting until we could get into the Airbnb they had booked. We had some hilarity trying to get into the place, but we did, and once we did, wow! It was absolutely amazing! It was in a converted mill so it had gorgeous red brick walls and huge ceilings, I really liked the flat. Let me find the listing in case you ever want to go... This is it! Gorgeous. It sleeps six people technically, although the sofa bed would be a bit small for two people. Maybe two kids!

The others went out to get some provisions and then we all decided it was pyjama time. We watched three films, ordered Chinese food, had wine and snacks and cocktails and champagne. It was so much fun and I was really relaxed and just felt like I was really lucky to have such lovely friends.

Here are my photos from Saturday: 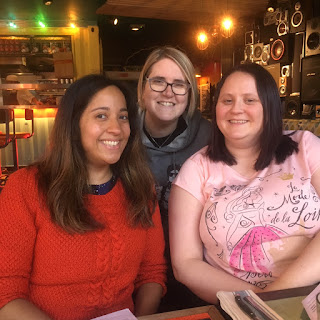 Sam and Von and Jac in Turtle Bay. Sam's mum knitted her the jumper! 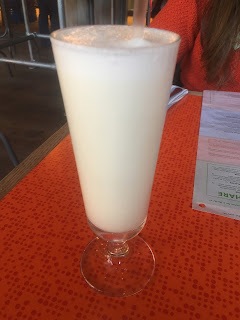 My drink, it was basically a pina colada without the rum, and it was really nice 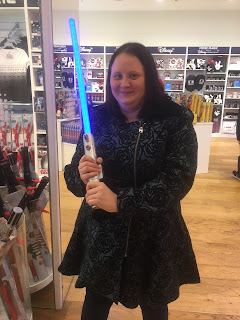 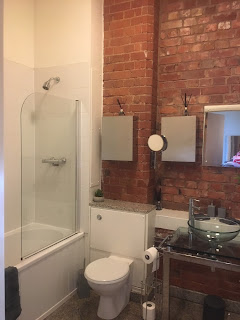 The really fancy ass bathroom in the apartment 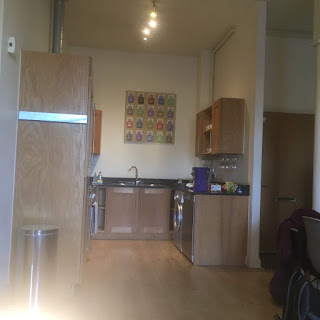 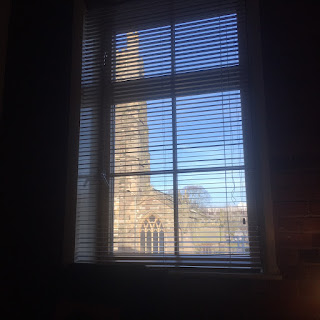 The view from one window 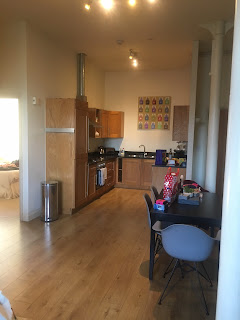 From the living room into the dining area and kitchen 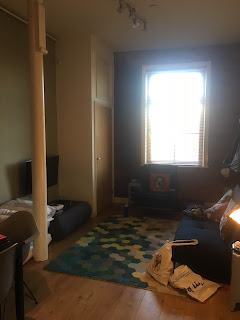 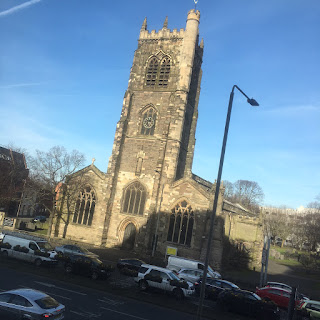 St Margaret's Church from the window in my bedroom 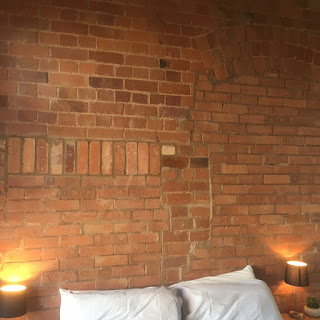 The wall in my bedroom. I was really taken with it 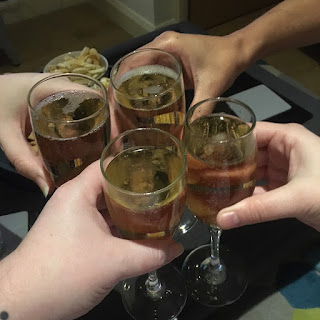 Cheers! I bought this champagne for my birthday but hadn't got around to drinking it so I knew my friends would share it 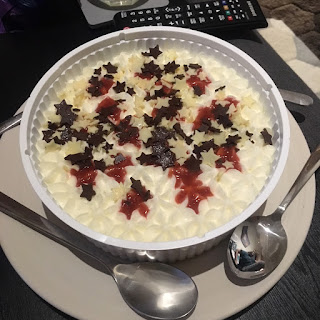 Finally, they'd bought this strawberry gateau but it had melted maybe a bit too much, so we decided to just dig in. It was really nice!