Makes and Bakes of April

I made quite a few things in April, because I was feeling quite positive about life and Lee and I were working things out after having such a turbulent March. We were making the time to make some new dishes and have fun in the kitchen. 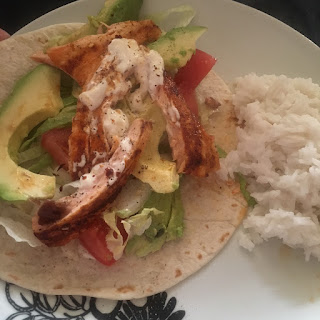 This was salmon and avocado tacos. I kept seeing that Asda advert where a man makes them for a woman he's trying to woo, and I kept thinking "That does sound good", so I found the recipe. It was really nice - the avocado was really ripe and delicious - but we both agreed the salmon could have used a little extra kick to it. I guess we both like spicy food! 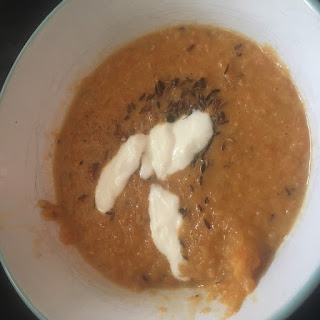 This was a spicy carrot and lentil soup and it was SO GOOD that I know we'll be making it again. It didn't take too long, either. I left it quite chunky so it was kind of like a dahl, really, but you could blend it smoother to make it more soup-like. We had it with naan bread to dip in and yoghurt dollopped on top. I had leftovers a couple of days later but I wished there was more

I've been doing a lot of crafting in 2018. I've been trying to make time for even a little bit each day. Mostly I've been working on some crochet projects, which are big so I can't share just yet, but I did make this blanket for my friend Leanne's new baby. I knew I wanted to crochet something for her, but wasn't sure what. Then I remembered this pack of wool which I had in the cupboard, which were all these pale tonal shades. They're not totally "baby" colours, but I thought they looked lovely anyway. I just did a simply granny square with a shell edge, but I tried to blend the colours too. It's nice, isn't it? Leanne loved it and hopefully baby April will make lots of use of it for years to come! 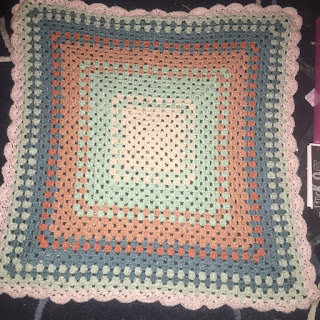