Thursday in the Sun

The middle of April saw some unseasonable warmth in my neck of the woods which was lovely. I suffer quite badly with SAD and have done for years, so sun really makes me feel so much better. I love having the windows open and loads of fresh air going through the house. Lee and I were still living apart at this point (I hope by the time you read this he'll be back home or we'll at least have a plan for him coming home), but he was around the house quite a bit working at home and stuff. On this particular Thursday, I'd been at work and he'd been working at ours.

When I got home, we didn't have much time before we went for our first couples counselling session. I am a big believer in the power of counselling, having had several lots of it throughout the course of my life. Lee and I both felt very strongly that we would benefit from couples counselling, so we had both looked for a counsellor and ended up going with S, who lives about 20 minutes drive from our house (a journey which was not too stressful for me at all). Anyway Lee was outside when I got home, and the cat was outside with him, sunbathing. He decided to cut the grass so I stayed outside to chat to him while he did that.

I've had my Thursday job for over six years, but I'm beginning to think that I need a new challenge and shouldn't be there anymore. I'm just a bit fed up of it. One of the communication problems between Lee and I is that we keep this kind of stuff to ourselves, so in the spirit of being open about things, I was telling him all about it. It really helped.

Then we set off to our session. It was very positive and we both really liked her. She said some really nice things - that our body language towards each other is very positive, and that we're both very self aware. It was really positive.

At home, we had decided to have a barbecue. I was feeling very much like making hay while the sun shines, so we pulled the barbecue out of the cellar. Lee had bought provisions and we sat on the grass eating breadsticks while the barbecue was getting ready. We had burgers and salad and hotdog sausages. Then we toasted marshmallows in the embers of the barbecue. It wasn't quite the same as toasting them in a campfire, but it came pretty close.

We didn't come back inside until the sun dipped behind the houses opposite us. It was such a lovely evening :) 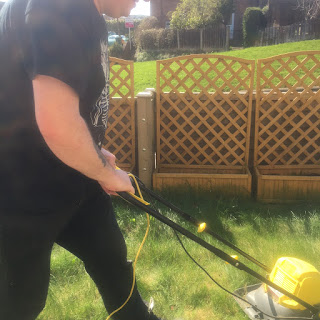 Cutting the grass - I need some more plants in the planters, I'll get them soon 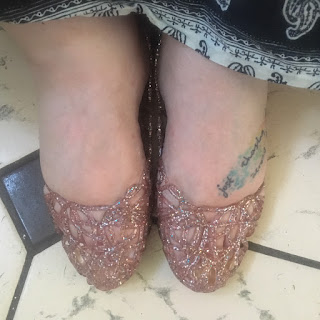 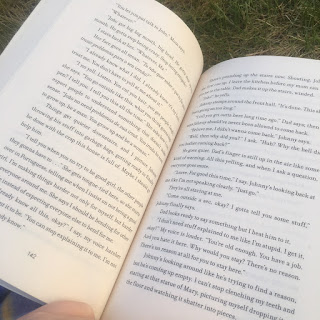 Lying on the grass with my book 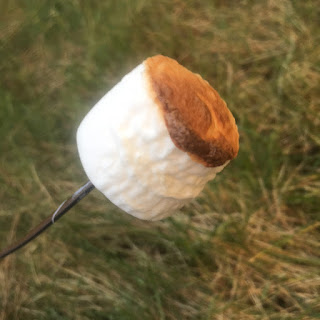 Toasting marshmallows later in the evening