As you'll know, my friend Sarah is one of my very favourite people in the world. We often meet up for tea at Meadowhall as it's convenient and closeish to where we both live. We often go to Yo Sushi but they had it closed for ages because they were refurbishing it (as well as the entire rest of Meadowhall), and when we went after it had reopened we weren't too impressed with the service. So Sarah suggested we went to Wagamama instead.

She was there before me but she'd got good seats. We spent ages perusing the menu but I got what I always get - beef donburi, which is sticky beef served over rice with salad and soy sauce. I find this kind of dish really comforting, for some reason. I also had some duck gyoza, which are deep fried little pastry pockets, a bit like samosas I guess. Sarah had duck donburi and some vegetable gyoza.

After food we wandered back to where we'd both parked, popping into a couple of shops on the way. We went into Paperchase and I bought a few things in the sale - some writing sets which were half price and some stickers.

We'd met really early because Sarah had come straight from the school she works in, so by the time I got home it was only about 6.45! I chilled out for the rest of the evening. 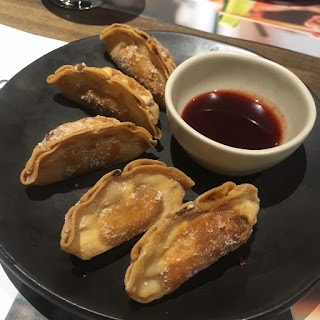 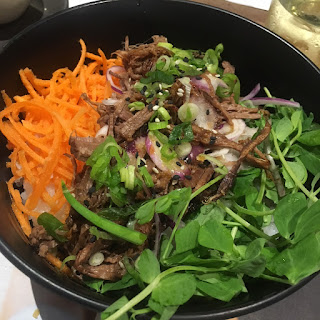 There's rice under all that I swear 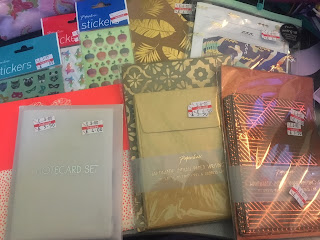 The writing sets and stickers I picked up :)