As I said, Lee and I aren't living together currently, but we've still been seeing each other three or so times a week. Usually we've just been hanging out together, both doing jobs at home that I can't do by myself, or going out places to eat together. It's been really nice - like dating really. Lee and I never really had that dating experience, so it's been nice to do it now.

Anyway in the middle of April he came quite early one Saturday morning. I had slept really shockingly, because I don't like sleeping in the house by myself and am sometimes waking up in a panic and not sleeping for very long. I was a bit tired and sluggish, but we had some stuff to get done, so I did help. We are redecorating the bathroom (slowly... and before the kitchen is finished... very sensible) so Lee painted the ceiling. I sat on the landing doing crochet and supervising. Then we made a Terry's chocolate orange cheesecake. It was this recipe although we just put Maltesers on the top. It was really easy!

For tea we made veggie sausages, Yorkshire pudding, mashed potatoes, and corn on the cob. The cheesecake hadn't quite set so it was sort of a puddle when we ate it, but it tasted delicious so we didn't mind too much. I made a couple of cocktails - did I mention I had signed up to Microbar Box? It's been pretty good so far. You can get £5 off a purchase here! This month's was my favourite so far - I made a Lynchburg Lemonade which was Cointreau, Jack Daniels, Sicilian lemonade, and a slice of lemon. It was alternately sour and sweet and I really liked it. I'm not a fan of Jack Daniels but I think I'll have to buy some to make this!

It was a really lovely day spent with Lee. We're trying very hard to be nice to each other and work on repairing our relationship. 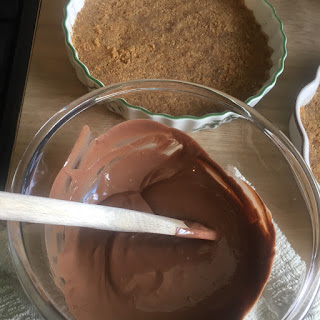 The cheesecake in prep - the biscuit base had been setting for a bit in the fridge. 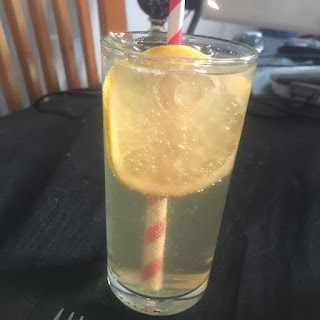 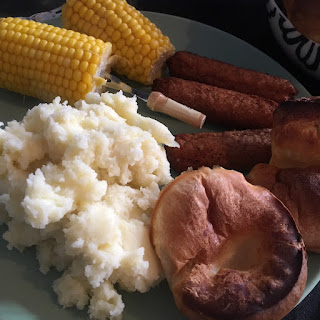