A Saturday Out in Meadowhall

On the 23rd of November, just over a month before Christmas, I woke up and realised I was really quite stressed about Christmas shopping. Often we are really on the ball with buying Christmas presents and get all kind of things bought in October and November. However, this time, for some reason, we just hadn't. We had bought a few stocking fillers while on holiday and at a craft fair I went to, but we really didn't have the bulk of it done. We had planned a quiet day in making something nice for tea, but I suggested we go to Meadowhall instead.

Lee thought I was mad, but agreed. We got there about 11am and it was really busy. I've rarely seen the malls so full! We parked near Marks & Spencer and went in there first. We went all over - Meadowhall, Waterstones, Lakeland, HMV... so many shops. Lee chose a couple of bits for himself which is a huge help for me, and we got presents for nearly all his family and some stuff for my mum and stepdad.

At lunchtime I said we should go for lunch in the Oasis. We chose Coal, which we haven't been to for ages but which I liked last time I went. It was quite busy and I felt that service was a little on the slow side. I went for tapas and Lee had a pizza and some coleslaw. I ordered a raspberry smoothie which was really nice. The food, when it came, was really good. I had halloumi sticks, which were delicious, a Greek salad which was really nice, and nachos, which we both shared. Lee's pizza was just a margherita as he doesn't like a lot of stuff on his pizza. It was fine food, just busy!

We went down towards the other end of Meadowhall and went in a few more shops. I have very specific requirements for my annual diaries so we went into the Works so I could chose them for myself. I think that was the shop with the worst queue - everywhere else was busy but didn't have long waiting times to pay, which was good.

We finally left at about 4pm! It had been a long day, but successful, and I felt a lot better and not nearly as stressed.

We had planned to make salt and chilli tofu for tea. Lee isn't keen on tofu but I've been saying that if you press it and fry it first then that makes it really yummy. He decided to believe me and bought all the ingredients the day before. We put the tofu to press as soon as we got home. We put it between two plates, with plenty of kitchen towel, and rested some heavy cans of pop on top. It really helped to get a lot of moisture out.

I dredged cubes of tofu with cornflour, and then fried the cubes in oil. It doesn't take long for each side to be fried. Lee cut up all the other ingredients, and then he fried those in a different pan. He then added the cubes of tofu.

Meanwhile, I fried chickpeas in the same oil as the tofu had been in, because it seemed a waste to only use it once. It's a recipe from Jack Monroe's blog - you fry the chickpeas until they float to the top of the oil, then drain them, and then shake paprika, spices, salt and sugar over them. They're really nice for a snack! I decided to leave the sugar off last night which made them really spicy and savoury.

I would definitely make the tofu again. We put soy sauce on it and just ate it like a snack, because we weren't very hungry, but I would eat it with rice and maybe hoisin sauce for a full meal.

It turned out to be a really fun day with just the two of us. I'm so glad we broke the back on the Christmas shopping managed to have a relatively stress free day out too. 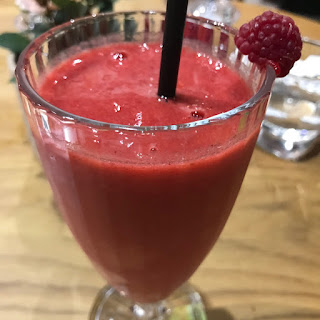 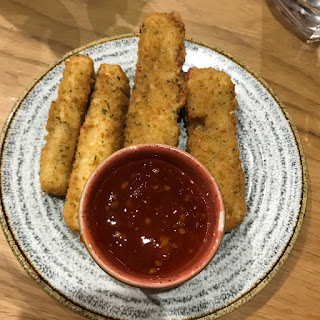 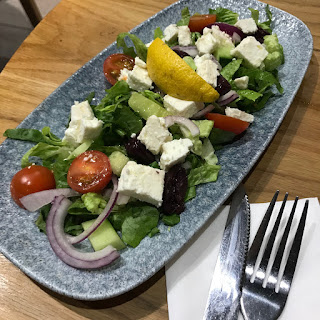 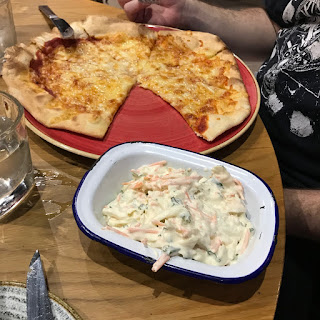 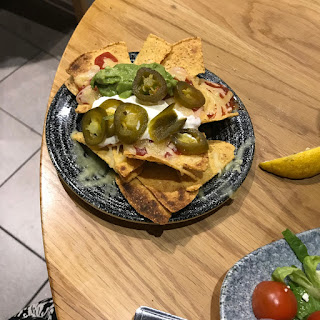 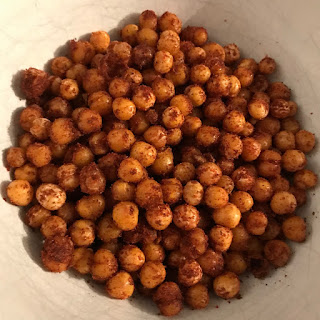 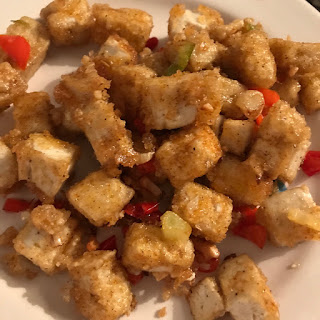 And the salt and chilli tofu - so delicious!
Posted by Rebecca at Sunday, January 05, 2020