Lunch Out with Friends

At the beginning of December I went to York to hang out with Sam and Jacqui overnight. I always feel like when that has happened, Christmas can properly start - it always really gets me in the mood. On the Saturday we didn't do much except sit around in our pyjamas, eat snacks, drink wine, and watch rubbish TV. It was great! I love hanging out like that with friends.

On Sunday we went into the city centre for lunch. We had booked a table at Bill's on Coney Street, where we had also had lunch last year and really enjoyed it. However, the service was soooo slow this time. It was busy, but there were plenty of members of staff around but still things were taking forever.

The food was good though. I went for the festive menu, which was three courses for £24.95. I had mushroom soup with garlic croutons, then a pumpkin, chestnut and fig roast on a bed of mash, and then a white chocolate and orange mousse. I also had a hedgerow fizz cocktail which was delicious. Sam and Jac enjoyed their food too.

After we had eaten we had to say our goodbyes; Sam went off to the station and I went back to Jac's in time for Lee to pick me up. It was a lovely time though! 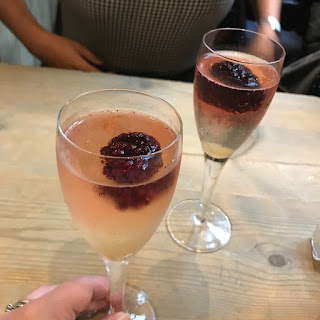 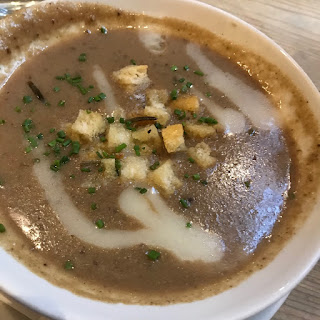 The soup was nice, not too thick and nicely garlicky 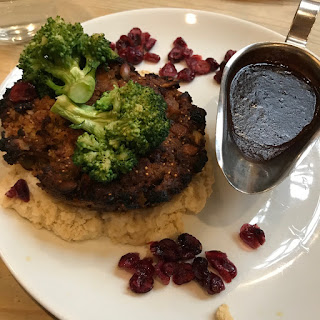 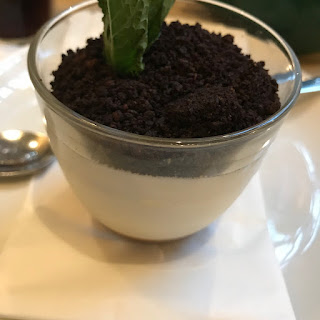 White chocolate and orange mousse - it had a layer of chocolate ganache in the bottom and chocolate soil on top!