I usually go shopping with my mum one day before Christmas and have a bit of a special day doing Christmas shopping and having a nice lunch. This year we had planned to go to Manchester. I wanted to go to the Northern Quarter and go in all the indepdent shops there, and then have lunch there before going into the Arndale centre for some shopping too. We had decided to go at the end of November and had even booked train tickets from my village.

Then I caught a cold. At the beginning of the week it didn't feel too bad, but then it got worse in my sinuses and I felt awful, especially at night. Whenever I laid down my face would hurt, which would stop me sleeping very well. I ended up only getting about four hours a night. On the Friday morning that my mum and I were supposed to be going shopping, I messaged her and said I was too ill to go.

She managed to get a refund on the tickets, minus an admin fee, which was pretty good. But I still needed to go shopping and time was running out. So I suggested we go to Sheffield. We parked at Nunnery Square on the Park & Ride and got the tram to the cathedral. My mum's never been on a Sheffield tram before! She was very excited.

We got off and went into Caffe Nero for a drink. I had their hot chocolate Milano which is really rich and yummy. I could barely taste it though, which was a shame. Then we went down Chapel Walk into the small shops there, where I picked up quite a few presents. The Christmas market was on the main precinct there, which was an unexpected surprise. We looked at all the stalls there, then wandered into Orchard Square to go in the shops there. By this time we had both managed to pick up most of what we needed, so we went down to Pizza Hut for lunch. Again, I couldn't taste it too well, but it was just what we needed.

We got back on the tram and back into the car, then went to Asda for the rest of what we needed. My mum wanted a new top for Christmas so she tried a few on. I got nearly all of the rest of what I needed in Asda. By this time it was around 3.30 and my mum wanted another drink, but because of what the Parkway can be like I said we should come back closer to mine.

We ended up getting a drink in our gym which has a Starbucks concession in it! It was nice though.

I had managed pretty well even though I was streaming with cold and leaving a trail of tissues in my wake. And I felt better knowing that I had crossed so many things off the list.

I didn't take any pictures except of the drinks I had, so here you go: 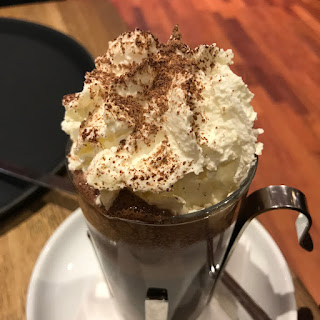 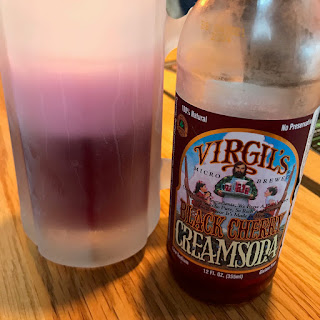 This black cherry cream soda is my favourite drink ever, but I can never find it to buy anywhere. At some point I'm just going to have to buy a case of it! 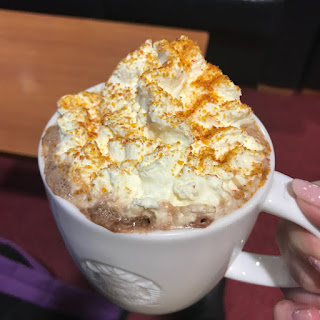 This Starbucks Christmas hot chocolate is toasted marshmallow flavour and it's really nice, I would recommend it!