Band of Gold at Leeds Grand

At the beginning of December Sam and I went to Leeds Grand Theatre to see Band of Gold. I saw it advertised absolutely ages ago and asked her if she wanted to go. I was a bit too young to see the TV show back in the 90s, although I think my parents watched it. I like Kay Mellor's work so wanted to go.

I arrived early to the theatre and there was a red carpet outside! Kay Mellor herself was there! Apparently the show was being filmed for something, and that was why. I went in to sit just inside to wait for Sam, and the actors who play Priya and Vanessa on Emmerdale came in too! Gaynor Faye was in the show so I guess they had come to see her, which was nice.

Sam arrived and we went straight in to sit down in the theatre. The show has quite a lot of transitioning between scenes which I found a bit distracting. It's quite bitty, you know? I did think it was funny and I liked seeing it, but I probably wouldn't see it again.

In the interval I moved out of our row to let people out and managed to trip up a step between our row and the next. I fell over completely on to my face, and I really shocked myself. Sam came running over, first aid arrived too. I had banged my arm and my knee so I was given some ice packs for them. I was okay, just a bit shaken. I managed to watch the rest of the show, and then drove home. Once I got home my arm was starting to swell up and then I got a massive egg shaped bruise on it. My entire body hurt the next day. Not a great end to the night! 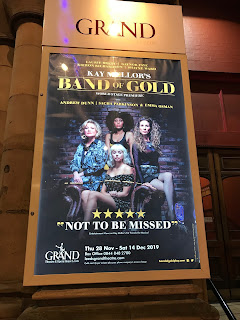 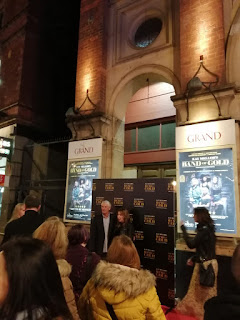