On the 12th of February I went to see Louis Tomlinson at an album launch events in Leeds. You may not know that I have this soft spot for One Direction, and I love Harry Styles. I've liked both his albums. I've been keeping an eye on what Louis has been doing, and when I saw this really small event I thought it would be good to go. I'm also seeing him in March in Doncaster with my friend Helen who I met through other 1D fans on Twitter! But the Wardrobe in Leeds is a venue I'm familiar with and it's sooooo small. So I ordered a ticket and album bundle from Crash Records. I've had the album on in my car and I think it's really good - really accomplished. It's got some echoes of the British indie music that Louis likes and which I like, so I'm happy. Plus he's been through a lot personally with the death of his mum and sister, and I think the album shows that too.

The event doors opened at 6pm and I was there for then as I had disabled access/a seat on the raised bit, which is much better for me. I wasn't the absolute oldest there, but the crowd definitely skewed much younger! Louis came on around 7pm with a host who asked him some questions. The questions were mostly about the album, but were really interesting. Louis thanked his fans a bunch of times, and was generally happy and smily about everything.

He went off for a few minutes then came back on with his band to sing four songs. The band sounds really good and Louis did too. I'm really excited for Doncaster now! His stuff is really catchy and I had fun and for me that's all that matters. 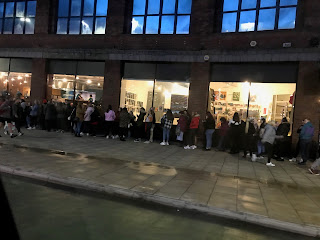 The queue was all round the building! Apparently the first person in the queue had been queueing for over 24 hours! 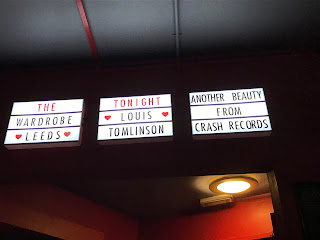 I loved these just inside 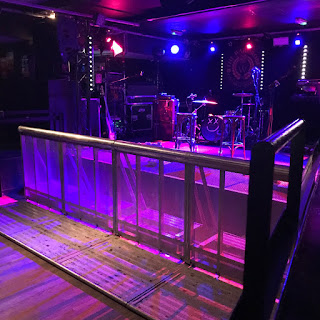 I was sitting down at this point and pretty amused to see there was a crash barrier. I've NEVER seen that at the Wardrobe before. This is how close I was to the front 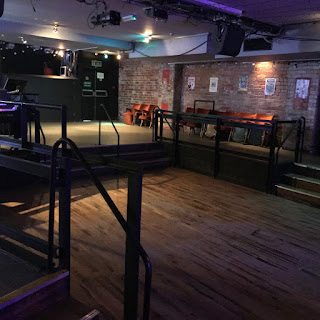 Louis during the Q&A 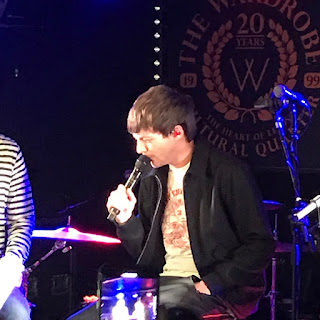 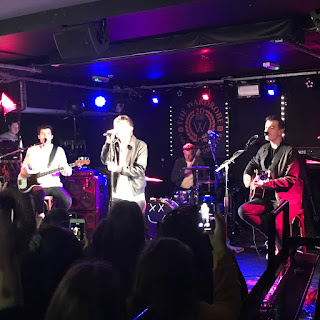 And then here with the band!