For Christmas I bought my friends Sam and Jac vouchers for afternoon tea at Jameson's in Sheffield, and a voucher for myself too. I've been before but neither of them had, and Jac hasn't been to Sheffield that much at all I don't think. We decided to make a weekend of it and thought we would book a hotel in the city, have nice food on the Saturday night, and then have afternoon tea for lunch on the Sunday. We booked into the Kenwood Hall hotel, and Jac and I arrived there at 2pm on Saturday as we wanted to go swimming.

Our room wasn't ready which was kind of annoying, but we finally got checked in and then got down to the swimming pool around 3pm. The pool was tiny and the surroundings were in need of refurbishment. The whole hotel was a bit like that, actually - it looked okay on the surface but needed a facelift when you looked beyond. We swam and went in the jacuzzi, but only stayed around an hour. However, by that time Sam had arrived so we chilled out in the hotel room for a while.

I got a shower and then we went out to Amigo's on London Road. I've never been but I've heard it's really good. It doesn't serve alcohol but you can take your own and they'll charge you £1 corkage which is pretty good. We each had a mocktail strawberry margherita which was nice, and the wine we took.

We shared nachos and jalapeno poppers and then I had mushroom and vegetables fajitas. I don't often go for fajitas but I fancied them. The mushrooms and vegetables were delicious - really well-seasoned and spicy. It was a good vegetarian meal!

We headed back to the hotel after that and had a drink in the bar. There was a 25th wedding anniversary party going on, so it was busy. We went back into the room to chill out in pyjamas, and the TV was broken, and then the disco started downstairs and it was SO LOUD. The soundproofing was terrible. We played Heads Up on Jac's phone which is always really funny. The disco thankfully finished at midnight so we could go to sleep.

I wore this Scarlett & Jo dress to go out in, I haven't worn it in ages and I'm not sure why as I really love it. I must wear it more! I'll share my photos from Saturday here: 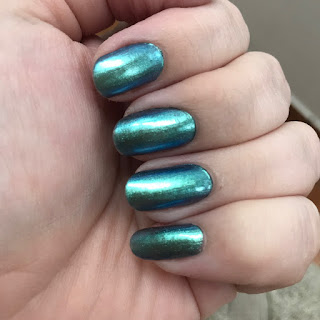 My nail polish was Barry M Pacific, it is one of my favourite colours and a really nice polish 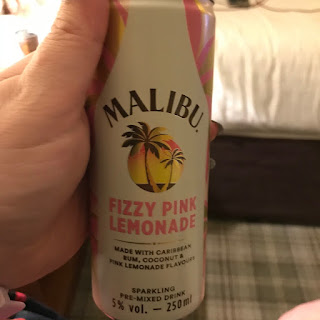 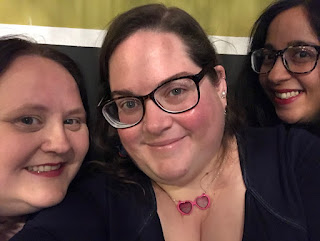 Here we are in Amigos 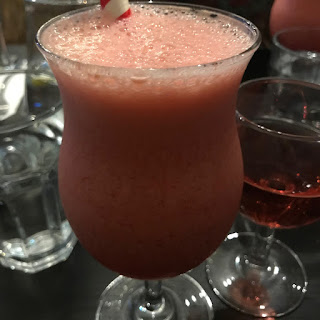 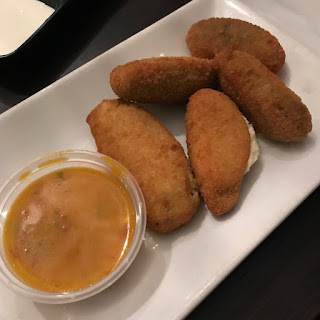 Jalapeno poppers (one of my favourites!) 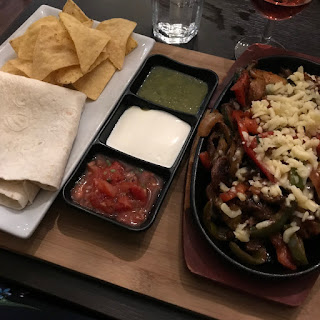 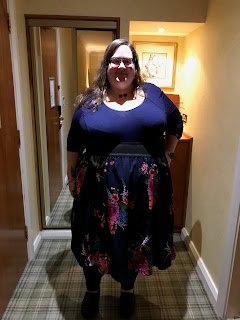 And my dress. I don't often wear this shade of blue but I like it

On Sunday we got up and watched bad TV until check out at 11am. After that we drove around Sheffield a bit before going to an antiques emporium. It was absolutely huge, there were rooms after rooms and an upstairs. I bought my grandma a birthday present. We went to Jameson's for 12.45. The food was nice enough but I felt that the service was a bit lacking. It was busy but there were several members of staff. We had to ask a couple of times for more drinks. It was fine, we enjoyed ourselves, but I wouldn't go again.

After that I just dropped Sam and Jac off at the train station and came home. I was absolutely exhausted as I hadn't slept well, so I had a nap! I love old signs like this on the end of buildings 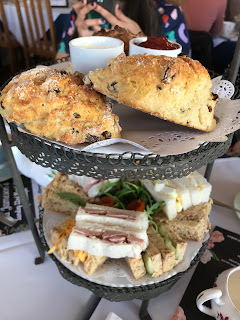 Our afternoon tea - the hame sandwiches clearly weren't for me! 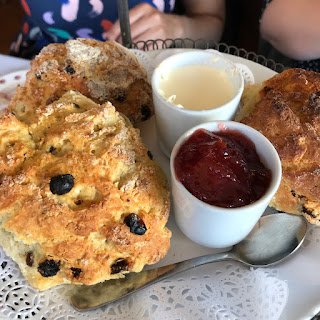 The fruit scones were delicious 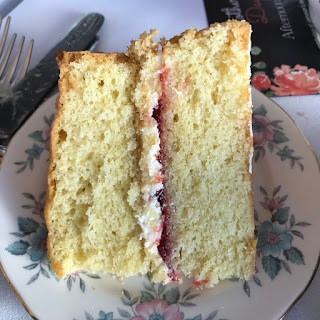 As was my slab of Victoria sponge 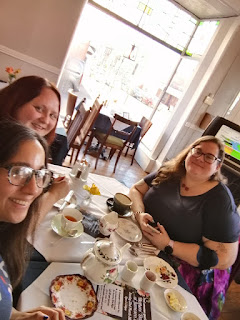 Sam took this of us in the tea rooms, isn't it lovely?