The 1st of February was Weirdo Zine Fest in Leeds. Lee and I tabled last year and had a good time so I applied for a table again. We set off really early and went into the cafe in the library for coffee and a cake before heading upstairs at 11am to get set up.

We were between Lou and Bettie and Jen, with Kate the other side of Lou. It was nice to be among friends! We sold quite a few zines and I picked up a few and traded a few as usual. I had three new zines out, actually - one is about our vow renewal, one is love letters to a few things, and one is about fifteen songs that I really love. As always, my zines can be bought on my Etsy shop, here.

After the fest had finished I wanted to take Lee to Bundo Bust as he hasn't been before, and Lou said she would come with us. Lee dropped us off and went to find a parking space and Lou and I went in. It was really busy but they have a good system in place so we got a drink and then got a table outside which wasn't too cold as there's heaters and it's pretty enclosed. Lou ordered her food as she had a train to catch. Her food came, her pomegranate salad looked so good. She left and mine and Lee's food arrived.

I went for the same as I had last time - bundo chaat and paneer tikka. Lee ordered bhajis and curried scrambled eggs which came with a puri flatbread. They were so good, I've never had curried eggs but I would make them at home!

Lee and I just came home after we'd eaten, we were both pretty tired so it was nice to relax and do not much for the rest of the evening.

I put this Asos dress on, I love the colours on it and it always cheers me up whenever I wear it. I usually wear it with a green cardigan but I remembered this mustard cardigan that I bought last year but haven't worn yet. I bought it in TK Maxx and it is from the straight sized section. It's a size L, so it really shouldn't fit me, but it's really stretchy and when I tried it on I was pleased with how it looked. It was only about £12 so I bought it, but hadn't worn it. I think it looks really lovely with this dress and will wear it again.

Plus it goes to show that sometimes sizing just makes no sense and that if you like something you should try it on. 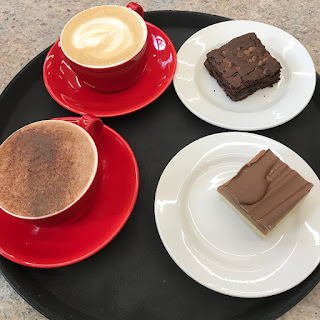 Coffee and caramel shortbread for breakfast for me! 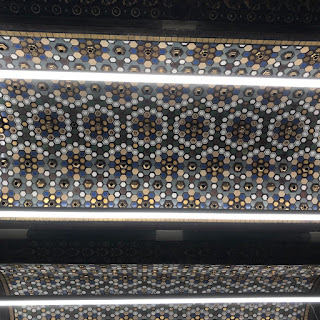 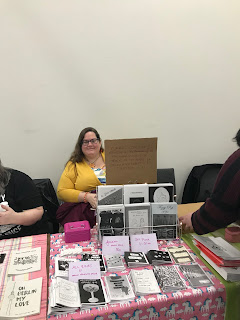 Me behind my stall! I ended up selling mostly my own zines because I've just got so many at the moment! I'll probably retire some but honestly I'm proud of my writing in all of these 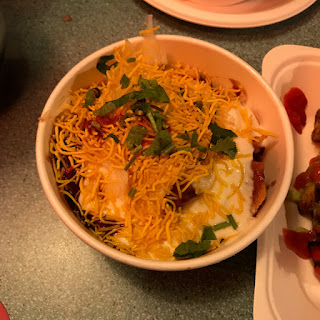 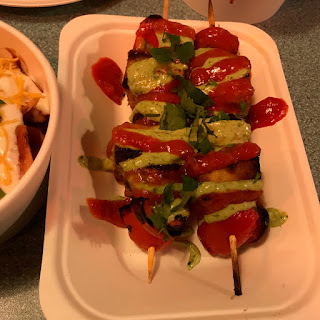 Paneer tikka which was delicious but very spicy 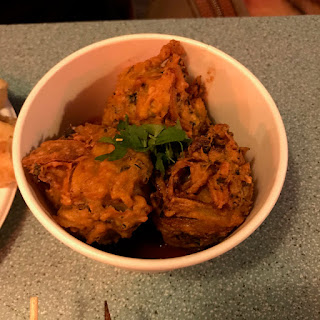 Lee's bhajis - I tried some and thought they were nice 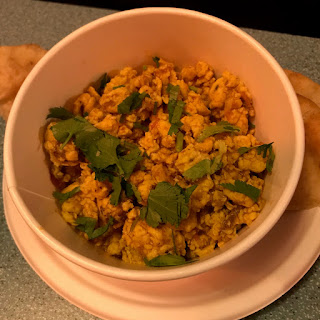 Then his curried eggs with puri - really good! 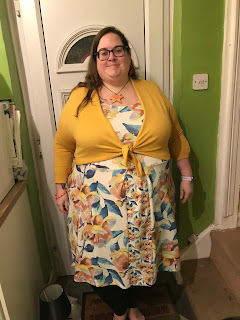 And here's my outfit! I love this dress and I'll be heartbroken when I finally have to chuck it - hopefully it's got many more wears before then...