Lee and I were lucky enough to go on holiday at the beginning of October for a week. I know this is a privilege in Covid times, although we probably had less contact with people than we would have done at home. We went to the Parkdean Resort in Heysham, near Morecambe. We went to a Parkdean Resort in Cornwall a few years ago and liked it, so we thought it would be good to book again. We booked a three bedroomed static caravan which cost £300 for a week, which I think is a bargain. We could check in from 3pm so on the Saturday after we had run a few errands and taken the cats to the cattery, we set off around 1pm.

We unpacked and then went swimming. There was a bit of confusion about booking swimming, but I'd booked three sessions and we were told we could go mostly any other time. With it being term time there weren't many people around so we had the swimming pool to ourselves most of the time. Anyway, we had a nice swim and then got showered and into pyjamas for the evening. We had buffet bits for tea. We were impressed that the kitchen had a full oven and so on. We watched Hidden Figures because it was on one of the freeview channels and we both really like it.

On Sunday we got up and went into Morecambe. I've been before, a few years ago with Sam, but Lee hadn't been. We went into some of the amusements and had chips overlooking the sea. It was mostly clear while we were outside, but it rained a lot that day and overnight. I love the sound of rain on the tin roof of a caravan though! We went to the Old Pier Bookshop which is crammed full of books. Sam and I went too, I have almost exactly the same photo of myself from 2016 but I can't find it, I don't think I blogged it on here!

We went back on the park for 2pm because I had booked an activity, but it turned out to not be on, so that was a shame. We drove up the coast then, going up as far as Carnforth. We saw the Heritage Centre there and decided to visit later in the week when it was open. We stopped in Heysham village for ice cream in a very cute little cafe.

We got back to the park quite early but decided to not go swimming. Lee cooked enchiladas for tea - I had halloumi in mine and he had chicken. We watched TV and then played Trivial Pursuit which I won. I love that game! I was glad I took it with us. 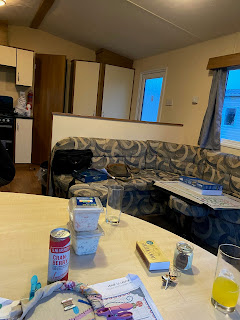 The caravan - it slept six and was wide, so nice and spacious. We pulled the table over to the lounging area 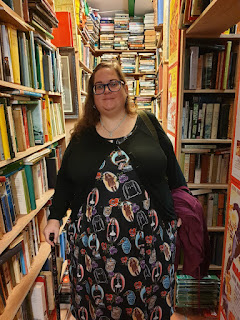 This might not be easy to see but it's a relief sculpture of the hills you can see from Morecambe over in the Lake District, it's cool 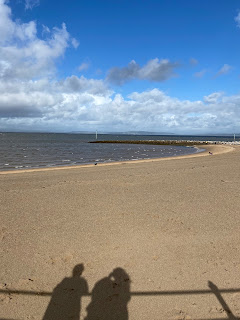 Lee and I on the prom in shadow and the beach beyond. I warned Lee that the sea goes out really far in Morecambe Bay, but he was still surprised just how far it goes. It was nearly high tide at this point though 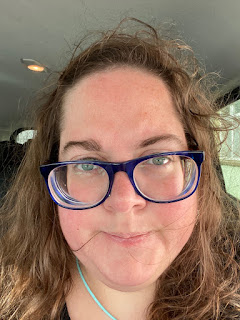 It was very blustery! This is what I looked like when I got back in the car 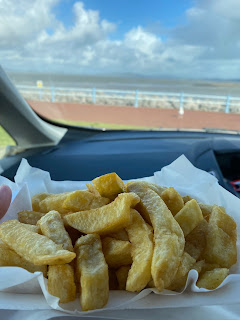 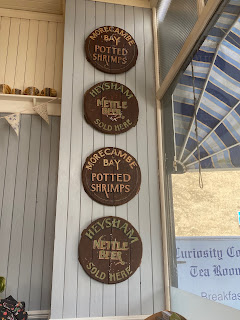 The cafe we went into in Heysham 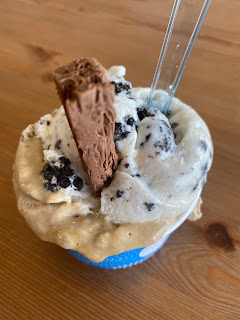 My ice creams were salted caramel and cookies and cream, both very good. I wish we'd had time to go back to the cafe because it had some good vegetarian choices 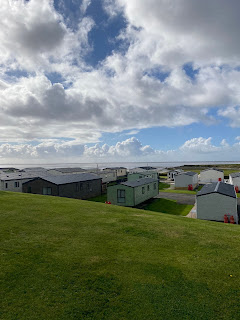 On our holiday park looking out to the sea 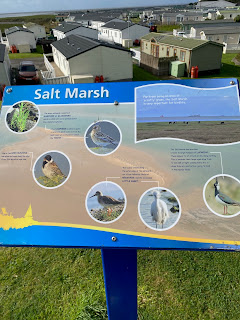 We were on a salt marsh apparently! 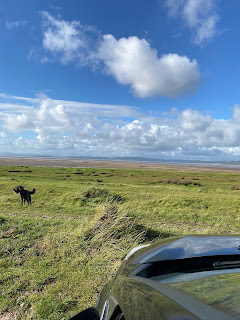 Up the coast. Honestly these photos make the weather look so good but it was very changeable 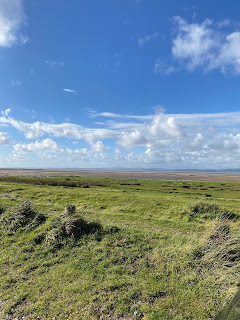 I do love the seaside though 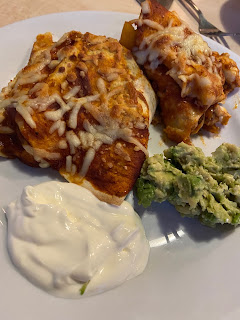 Enchiladas! They were so yummy 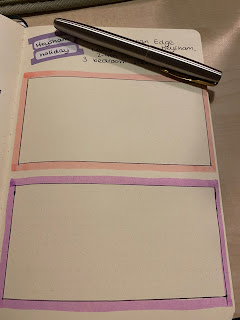 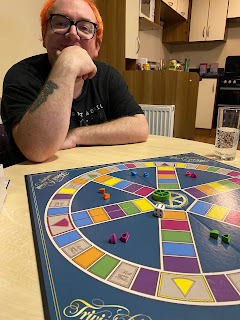 And finally here we are playing the game
Posted by Rebecca at Thursday, December 16, 2021