We didn't make many plans for the Thursday of our trip away. We both really needed to relax as we'd had a busy few weeks (including my accounts year end) and had been ill, so we both slept in. I got up and watched the sea again for a bit, and then we both got bathed/showered and I took my sweet time getting dressed. Around noon Lee made brunch for us, which was lovely. I was wearing a Yours dress which I've had forever but which I always find makes me feel good, so I can't get rid of it! It was much greyer outside on the Thursday which made me even happier it had been sunny the day before!

We set off after brunch and again went to the big amusement arcade. We played pool and bowling and I thrashed Lee at both, so he wasn't impressed with me, especially as I am actually rubbish at pool and made a few lucky shots. We also went into a couple of charity shops.

Then we drove up to Flamborough Head and looked at the sea for a bit, but it was blowing a gale and very cold so we didn't stay long. We drove round a bit more and then ended up back in Bridlington where we went into a very cute little cafe called the Latte Lounge. We were freezing and needed hot drinks so Lee had a hot chocolate and I had a spiced chai latte which was absolutely gorgeous. I'm happy we found an independent place rather than a chain!

We got back to the apartment around 5pm. We had considered going out for tea but Lee wasn't feeling well (his sciatica was bad and he's STILL dealing with vertigo) so we ordered fish and chips online for delivery. I don't generally eat fish but I really fancied it AND we were by the sea so I knew it would be fresh and gorgeous - and it was. I enjoyed every mouthful!

In the evening we watched two films, and I did some cross stitching and Lee played on his Switch. It was so nice and relaxing and just what we both needed.

On the Friday morning we just packed up and came home, via my mum's to pick up the kittens! It was a lovely few days away and such a nice celebration for my birthday. 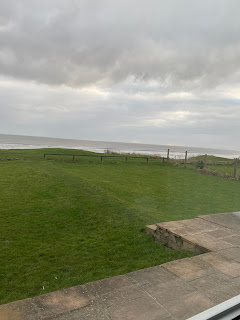 See the sky was much greyer 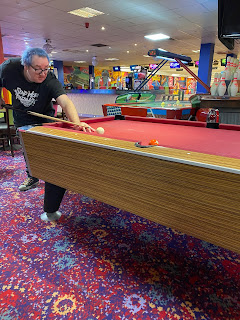 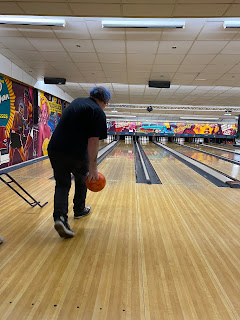 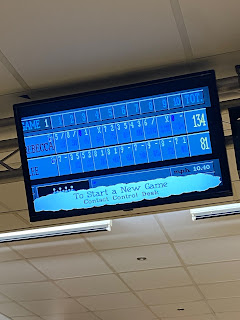 But see I absolutely thrashed him 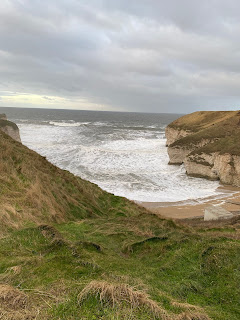 Flamborough - there's a path down but we didn't bother 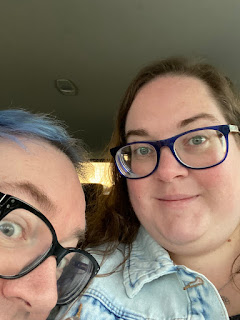 In the car, a bit windswept 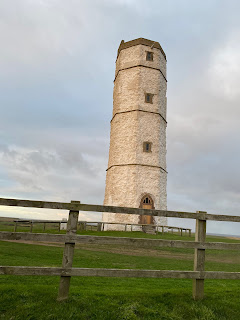 The chalk tower, I think 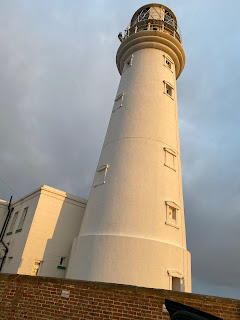 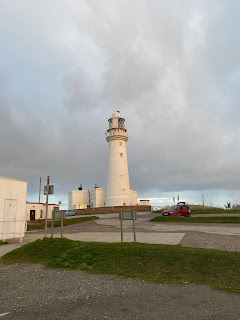 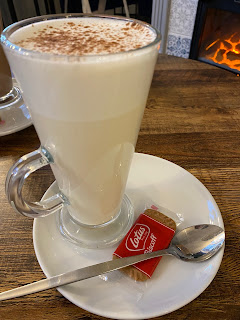 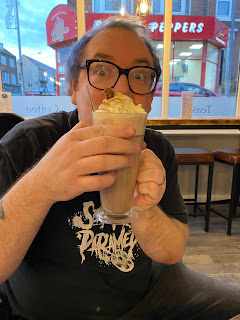 Lee with his hot chocolate 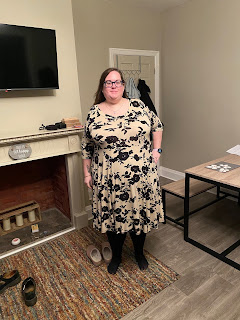 Yours dress, I love how easy it is to wear but it still looks really nice! 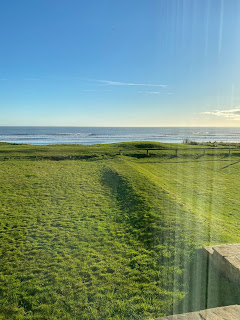 And this was the view out of the window just before we left on Friday morning
Posted by Rebecca at Thursday, March 24, 2022