On the Saturday of our weekend away we had some breakfast and then I went for another bath in the huge bath. I chucked a Lush bath bomb in, but it must have been quite old because it didn't fizz, it just disintegrated straight away. No matter, because it made the water nice and blue anyway, and it had a ton of glitter in it, so I liked it. I wallowed there for a while, then we got ready and went into Blackpool to the Cosy Jazz Cafe for lunch.

I had been googling vegetarian options in Blackpool and came across this, which is a vegan cafe. It was empty when we arrived but got busier. It has the cutest decor, with lots of jazz records, books, and board games available. We played dominoes while we waited for our food. The menu isn't huge, but I went for jerk chick'n rice, and Lee went for a Jimmy Armfield burger (he played for Blackpool, if you're wondering like I was). I had a chai latte too, I love them! The food was so good, we shared it. I didn't eat all my rice so took it with me for later. I would recommend the cafe for vegans and vegetarians in the area!

We then went on to Blackpool sea front and went on the big wheel at the funfair. I've seen it a few times and wanted to go on, but I didn't know if Lee would or not. But he did, so we bought tickets and hopped on. It was a lot of fun! I took some videos but can't post them here, but I took lots of pictures too.

We played in some amusements but we weren't having much luck with either air hockey tables or 2p machines so we didn't stay. I got some donuts and Lee got an ice cream and we sat on the front looking at the beach.

Then, quite honestly, we were both tired. We had had a long day the day before and we wanted to relax. We decided to drive up to Cleveleys to look at the beach there and then go back to the cottage to just relax and chill out for the evening. We are both chronically ill and recognise our limits, and the cottage was comfortable and nice to relax in, so that's what we did. Lee had a bath and I sat and did some cross stitching. We had bits for tea (including leftovers from lunch), and played table football. We stepped outside a bit later to look at the stars and I took the last photo just with my phone, you can see lots of stars in it!

On the Sunday morning we packed up and came home, back to the cats who were very happy to see us! 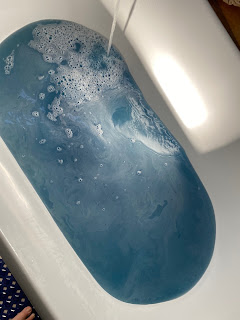 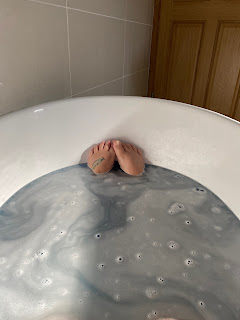 Proof I was in it 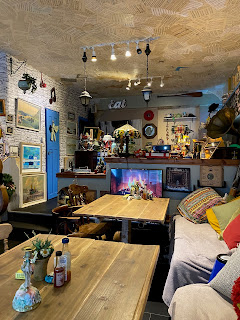 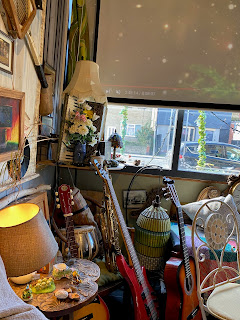 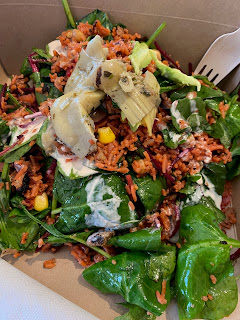 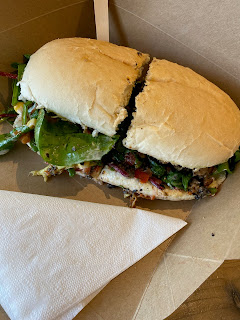 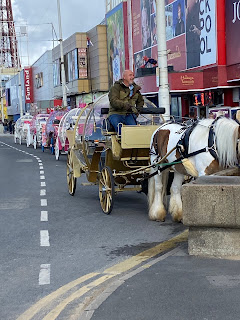 These horse drawn carriages act as taxis all up and down the front, they're so cute, I'd love to go in one day! 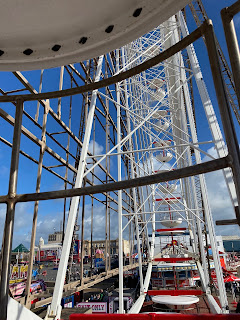 Going up in the big wheel 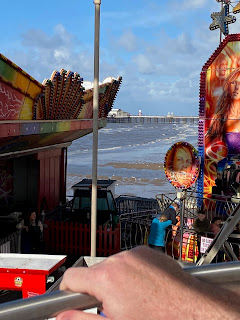 Looking at the sea 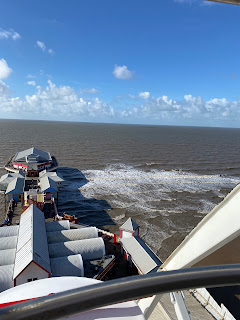 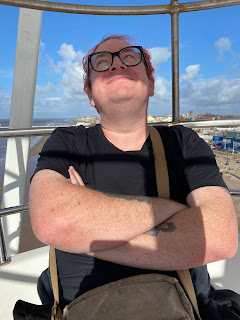 Lee on the wheel 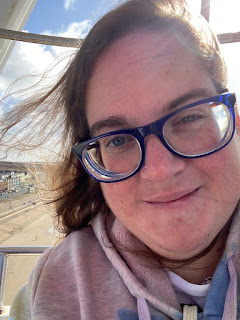 And me, very windswept 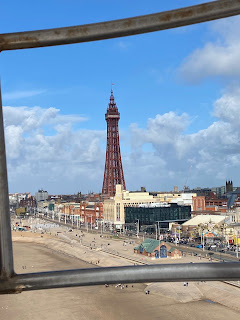 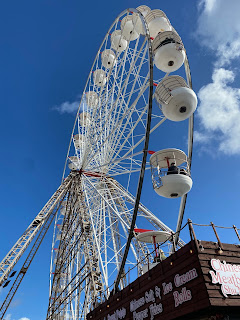 The wheel from underneath 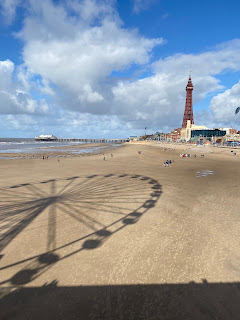 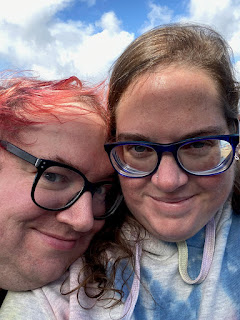 Lee and I on the pier 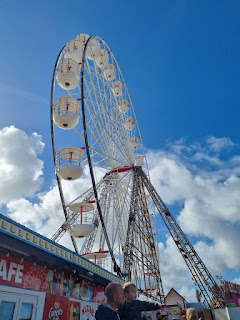 Lee took this one when we were a little further away 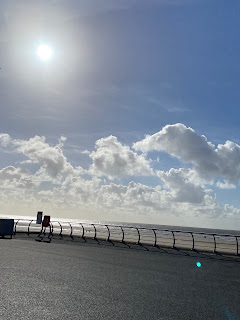 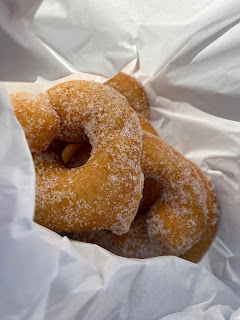 Fresh donuts! One of the purest pleasures in life 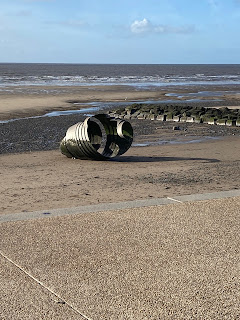 Cleveleys beach, we thought this sculpture looked like a shell 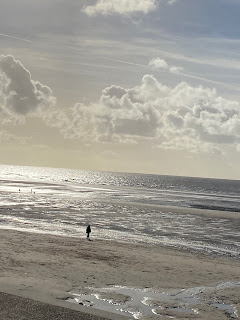 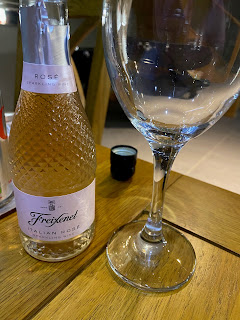 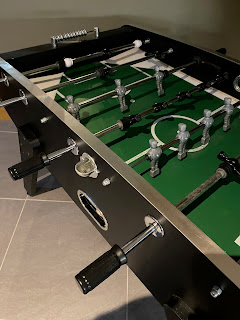 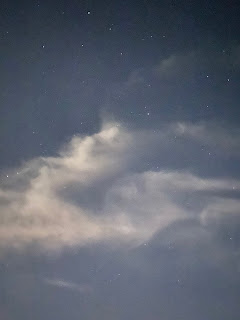